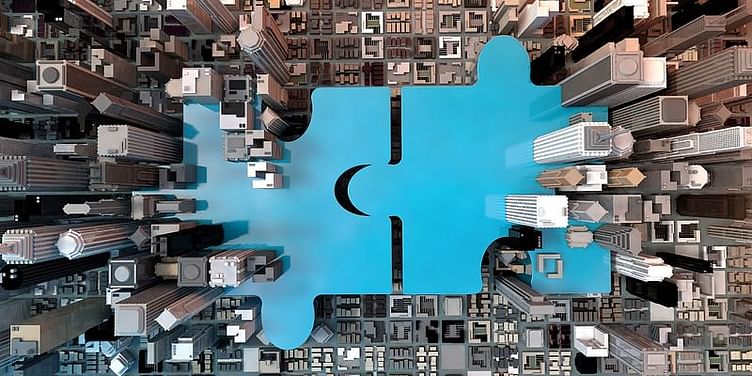 The sale of the pioneering early-stage investment platform marks the end of an era and the beginning of a new chapter with Mumbai Angels gaining access to 360 ONE’s wider investor base and capital pool.

﻿Mumbai Angels﻿, among India’s oldest network of wealthy individual investors in early-stage deals, promptly announced the launch of two funds following its acquisition by 360 ONE for Rs 45.73 crore.

The first is an angel fund of Rs 1,200 crore, which falls well within its domain. The second—a venture capital fund of Rs 500 crore—signals new ambitions that probably prompted the sale to the entity formerly known as IIFL Wealth and Asset Management.

The deal is expected to open new avenues for both 360 ONE and Mumbai Angels. While 360 ONE gains access to startup investments, Mumbai Angels gets to tap into a wider pool of investors, also opening doors for its members to participate in later-stage deals.

“This (deal) gives ammunition to Mumbai Angels to take the leadership position in the space of early-stage investment,” Mumbai Angels Co-founder and CEO Nandini Mansinghka told YourStory, discussing the strategic intent of the sale.

The transaction was formalised in November 2022, with 360 ONE picking up a 91% stake in Mumbai Angels.

Founded in 2006, Mumbai Angels is one of the earliest angel investor platforms to emerge in the Indian startup ecosystem.

The network has invested in more than 200 startups—including in Myntra, InMobi, BluSmart, Dhruva Space, ZingHR, and Vahdam Teas—with participation from over 750 investors.

In fiscal year 2021-22, the latest year for which data was available, Mumbai Angels recorded startup investments worth about Rs 100 crore.

As for 360 ONE, primarily an asset management firm that acquired its new identity in November, the acquisition brings a new asset class to its clients, with startup investments remaining an attractive option for ultra wealthy individuals and family offices.

“With this new set of offerings, we will be able to further provide clients with some interesting investment opportunities at an early stage in companies (that) have the potential to bring about disruptions in their respective industries,” said Karan Bhagat, Founder and CEO of 360 ONE.

While Mumbai Angels brings the expertise of investing at an early stage of a startup, 360 ONE has the know-how to scale an organisation, said Nandini.

The sweet spot of startup investment for Mumbai Angels is Rs 2-3 crore. The combined entity will enable investors to back startups early and all the way to the pre-IPO stage, she said.

360 ONE’s assets under management stood at Rs 3,33,286 crore at the end of the third quarter of FY23 (July-September), offering a wide array of wealth management services across asset classes.

Mumbai Angels’s Rs 1,200 crore angel fund will offer investors the flexibility to invest in a larger number of select deals, while the Rs 500-crore VC fund will enable them to participate in every deal on the platform.

The funds will be deployed over the next 4-5 years.

Only 8% of crypto investors in India are women: CoinSwitch report

The acquisition will also allow Mumbai Angels to expand its community of investors. Nandini said the platform will now be able to provide more services to startup founders and also attract a new class of dealmakers.

The transaction comes amid a funding winter in the startup ecosystem with a steep drop in the inflow of capital, but the early-stage category remains a bright spot.

“Despite the funding slowdown, some areas like SaaS and early-stage funding have remained upbeat,” Amit Nawka, Partner—Deals and India Startups Leader, at PwC India, said in the report. “With significant dry powder waiting to be invested, it seems likely that the funding scenario will begin to normalise after 2-3 quarters.”

At the same time, these angel investment platforms are also establishing their own venture capital funds that would allow them the leverage to participate in future funding rounds of promising startups in their portfolio.