Treat yourself to Lohri feasts 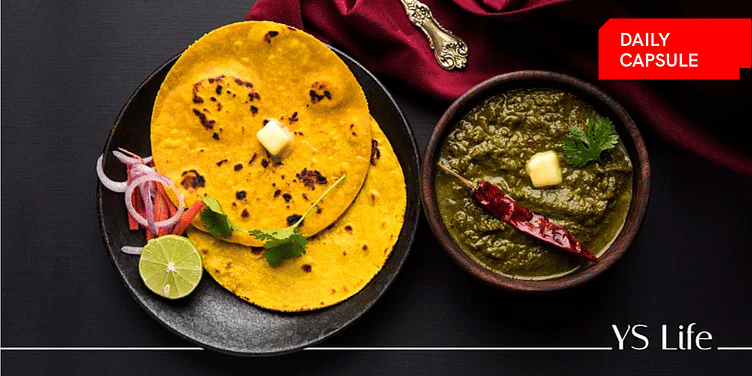 If you’re in Delhi-NCR, get set to spoil yourself silly with some special Lohri and Makar Sankranti menus curated by your favourite restaurants.

Reserve Bank of India (RBI) Governor Shaktikanta Das reiterated his call for a ban on cryptocurrencies, saying these are “nothing but gambling” and their perceived “value is nothing but make-believe."

Meanwhile, Bitcoin surged over $21,000 on Saturday amid optimism that it may have bottomed and inflation had peaked. It hadn’t been above $20,000 since November 8, and Saturday was the 11th straight day of advances.

The second-largest token, Ether, surged as much as 9.7%, and others such as Cardano and Dogecoin also notched gains. Solana soared as much as 35%.

In other news, we now have a “Curious Case of Benjamin Button”, albeit among mice!

Can this be possible for humans too? Well, time will tell!

Here’s your trivia for today: Which spacecraft, for the first time, landed on a planetary surface in the outer solar system?

Treat yourself to Lohri feasts

The temperatures may have plummeted in northern India, but the excitement levels are at an all-time high at this time of the year. That’s because the much-awaited season of Lohri and Makar Sankranti—the annual harvest festivals—is finally here!

If you’re in Delhi-NCR, get set to spoil yourself silly with some special Lohri and Makar Sankranti menus curated by your favourite restaurants.

Deep dive into Trial by Fire

Rajshri Deshpande and Abhay Deol headline Netflix’s ‘Trial by Fire’, which showcases the trauma of Neelam and Shekhar Krishnamoorthy, who lost their teenage children in the Uphaar fire, and their relentless fight for justice.

An app for your jewellery purchase

Serial entrepreneurs Veer Mishra and Raj Parakh, who have known each other for the last eight years, always wanted to create an app that their mothers could use for savings. Homemakers, the co-founder says, save for their families, and participate in jewellery purchase plans with their trusted jewellers.

Which spacecraft, for the first time, landed on a planetary surface in the outer solar system?