What VCs want from Budget 2023 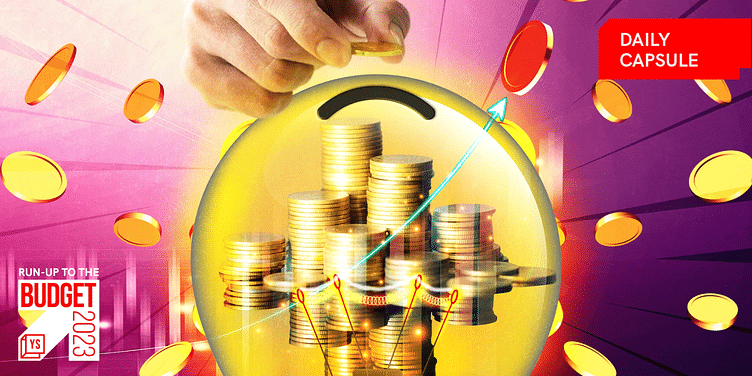 If 2022 was the year of reckoning for startups in India, the venture capital and private equity industry’s approach has been cautious at best.

If you were wondering how ﻿OpenAI﻿’s ChatGPT will help students cheat in exams, here's some news.

At the University of Pennsylvania’s prestigious Wharton School of Business, professor Christian Terwiesch researched how the AI tool will perform on the final exam of a typical MBA core course.

To everyone’s surprise, he concluded that the chatbot, despite a few shortcomings, “would have received a B to B- grade on the exam.”

On a happier note, once thought extinct, the Fender’s blue butterfly has fluttered its way back.

Watch the video to see for yourself!

Here’s your trivia for today: On which planetary object will you find The Sea of Tranquility?

What VCs want from Budget 2023

If 2022 was the year of reckoning for startups in India, the venture capital and private equity industry’s approach has been cautious at best.

Ahead of the Union Budget 2023, industry bodies and representatives have sought much-needed taxation reforms to benefit their portfolio companies and to make private market investing a more rewarding proposition.

After the 2008 financial crisis forced Saket Gaurav to lose his job, the ‘accidental entrepreneur’ was left with two options—either he starts looking for new jobs or build his own company.

With almost nine years of experience in consumer electronics, Saket chose to do the latter and founded Dubai-headquartered TecknoDome in 2008, the parent company of Elista.

Made in India brand:

﻿Flatheads﻿ Co-founder Ganesh Balakrishnan’s pitch on Shark Tank India Season 2 resonated with the show’s audience. Despite getting investment offers, Ganesh decided to decline the deal and re-evaluate his priorities.

What made the episode special was the honest portrayal of an entrepreneur’s struggles and vulnerabilities. It’s no surprise that the episode struck a chord with countless viewers.

On which planetary object will you find The Sea of Tranquility?