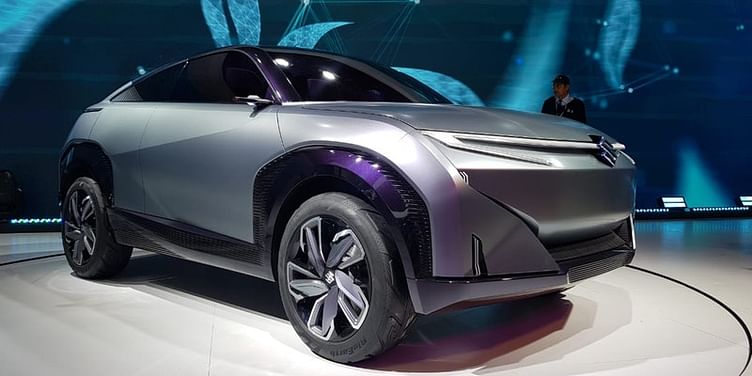 Maruti Suzuki India plans to go green with its new electric and hybrid vehicles, which is likely to hit the market in the next few years

Maruti Suzuki India kick-started Auto Expo 2020 by unveiling its Futuro-e SUV-coupé concept. This is a bold stand, which shows everyone that Maruti is ready to take on the electric car market by storm. Maruti calls this its vision to making the world a greener place, and it plans to sell one million green cars under its Mission Green Million.

The new SUV will be the first coupe-SUV design from Maruti Suzuki. Although the carmaker started off slowly in this segment, it has managed to catch up with the Vitara Brezza and the new SUV-Styled S-Presso. While both cars cater to different segments, Maruti plans to take on the midsize SUV segment with its Futuro-e SUV, which is currently dominated by Hyundai Creta, and more recently, the Kia Seltos.

With the launch of this bold and sporty electric SUV, it looks like Maruti is now working on shifting its design language. The Futuro-e SUV is expected to be launched at a price tag of Rs 15 lakh, and the design of this car is anything but ordinary.

With a sloping roofline, the SUV immediately catches one’s attention. From the front, the design language is very bold and the sleek LED headlamps give it a refined look. This is complemented by the bulging hood and straight lines that lead you to the back of the car, where the tail lamps get a similar sleek look. This continues down the side profile and ends with a stubby boot spoiler, which are hard to get your eyes off.

Maruti says, “The Futuro-e concept features flexible swivel travel seats and a console, which give occupants an unparalleled comfort and freedom to engage freely with infotainment features.”

The caremaker said it also plans to make this SUV available in a wide array of powertrain options like hybrid and pure EV.

Green cars are the future, and in this regard, Maruti has stopped manufacturing BS4 cars a couple of months ahead of the deadline. It also claims to have sold six lakh BS6 compliant vehicles since it started rolling out vehicles meeting the new emissions standard. With its decision to get rid of diesel engines in the BS6 era, Maruti plans to increase the number of CNG models it sells from the current 10 to cater to the affordable auto market in India.