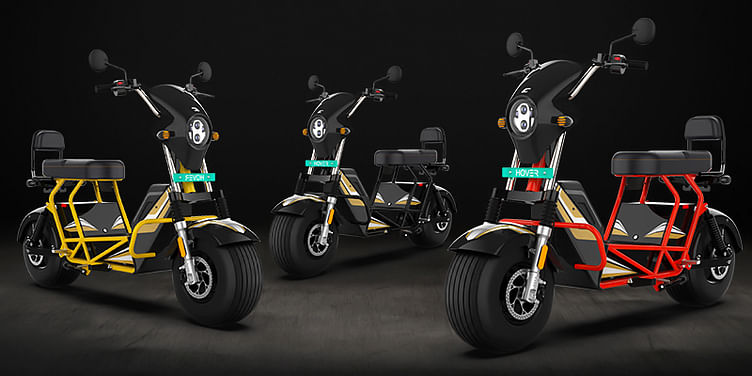 ﻿Corrit Electric﻿ has rolled out two new electric bikes named Hover 2.0 and Hover 2.0+. The e-bikes have been priced at Rs 79,999 and Rs 89,999 (ex-showroom). This development comes a few months after the Gurugram-based startup set foot into electric vehicle (EV) manufacturing by launching the Hover electric bike in October 2020.

Hover 2.0 and Hover 2.0+ feature some key advancements over the original Hover. The new Hover e-bikes will be built at Corrit Electric’s facility in Greater Noida. These electric bikes will be available in four colour options- red, black, white and yellow.

Keeping demand, accessibility, and user convenience in mind, the company has opened its first offline store in Gaur City Mall, Greater Noida. Corrit’s electric two-wheelers will be available for sale in stores as well as through its online channels. The EV manufacturing company has also onboarded Krish Electro Wheels as its offline distributor for Delhi/NCR.

Both Hover 2.0 and Hover 2.0+ are very similar in design when compared to the original Hover. All three models run on a flat set of tyres with a minimalist design featuring no solid body panels except for the front and rear fenders. Like Hover, the new electric bikes are slow-speed bikes with maximum speeds of up to 25 kmph in each case.

Mahindra refreshes the old Scorpio with a new suffix

In terms of features, the electric bikes have been equipped with the latest technology, which comprises a Combination Switch, the latest instrument cluster and an improved locking mechanism. The company is also offering premium features like geo-fencing and an anti-theft alarm.

Both the newly launched versions are compatible with custom bike covers and latest mobile holders, which will be complimentary with Hover 2.0+, but sold as accessories for Hover 2.0. On the business front, Corrit will be opening three stores across Delhi NCR over the next three months.

Founded by IIM Lucknow alumni Nishan Kapoor and ex-Investment banker Mayur Misra in 2020, the company is now planning to expand its footprint across the country with 50 offline dealerships by March next year. Corrit will also be opening three new stores across Delhi NCR over the next three months.

Honda looks to take on Indian streets with the new CB300F

On the occasion of this launch, Misra, CEO of Corrit Electric said, “We are excited to bring two new versions of the OG Hover to the market. It has been such a learning curve for us as a brand that is focused on innovation.”