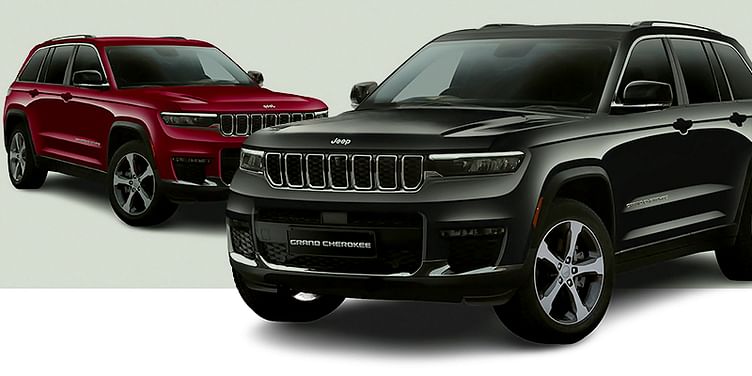 Like its predecessor, the new India-spec Grand Cherokee from Jeep comes with a five-seat layout; the seven-seat version is sold overseas.

In a world of crossovers, the presence of a big, burly, traditional SUV has dwindled. Hence, whenever such a model breaks cover, it is bound to gain the spotlight. The latest model from this space to hit the market is the new generation Jeep Grand Cherokee, which makes a return after a hiatus of almost three years.

Priced at Rs 77.50 lakh (ex-showroom), the flagship Jeep SUV is being brought to India as a CKD (completely knocked down) model and will be locally assembled at the company’s facility in Ranjangaon near Pune, Maharashtra. In fact, this is the first instance in which the Grand Cherokee is being assembled outside North America.

Bookings for the premium SUV began on November 7, at a token amount of Rs 50,000.  In its fifth generation now, the latest iteration of Grand Cherokee draws inspiration from other Jeep SUVs, especially its larger sibling—the Grand Wagoneer—sold abroad. In fact, the design of the current model undergoes an evolutionary update while retaining the Jeep identity.

Up front, the new Grand Cherokee is adorned with Jeep’s signature seven-slat grille, which is flanked by rectangular LED headlights with integrated LED DRLs and turn indicators. The chunky front bumper houses wide central and side air intakes, along with sleek fog lamps and a chrome-plated skid plate.

The full-size SUV retains its conventional boxy profile although the silhouette has become slightly sleeker than its predecessor. The flared squarish wheel arches with thick plastic cladding are nicely filled by five-spoke machined alloy wheels, giving it a hefty road presence.

At the rear, things remain understated with a pair of sleek wraparound LED tail lights to go with a prominent number plate housing on the tailgate. The chunky rear bumper hosts a faux diffuser and a dual-tip exhaust. It is being offered in four exterior colour options–Rocky Mountain (grey), Bright White, Diamond Black Crystal, and Velvet Red.

Being a flagship model, the India-spec Grand Cherokee comes in a single fully-loaded trim; hence it is loaded with all the bells and whistles. Like most modern interiors, the cabin of Grand Cherokee is loaded with multiple screens including a 10.1-inch touchscreen infotainment display at the centre and a 10.25-inch digital driver’s display behind the steering panel.

In addition, there is a 10.1-inch multimedia screen for the front passenger, which is integrated within the dashboard panel, along with two more infotainment screens for the rear-seat occupants. The dashboard also retains physical buttons and dials for HVAC controls, multimedia, and other functions.

The all-black cabin gets premium touches in the form of silver accents on the dashboard and centre console. The dashboard gets a layered effect, which looks plush thanks to leather, wood and gloss black inserts. Another notable highlight are the seats wrapped in Capri leather upholstery.

The India-spec Grand Cherokee is offered with a single powertrain option– a 2.0-litre, four-cylinder turbo petrol engine mated to an eight-speed automatic gearbox. The engine is good enough to churn out 269 bhp and 400 Nm of peak torque. Power is sent to all four wheels via Jeep’s signature Quadra Trac I 4WD system that comes with four terrain modes—Sport, Auto, Snow, and Sand/Mud.

Further, aiding its off-roading credentials are a 215-mm ground clearance and water-wading capabilities of 533 mm. The new Grand Cherokee goes up against the likes of Mercedes-Benz GLE, Audi Q7, Volvo XC90, and BMW X5.