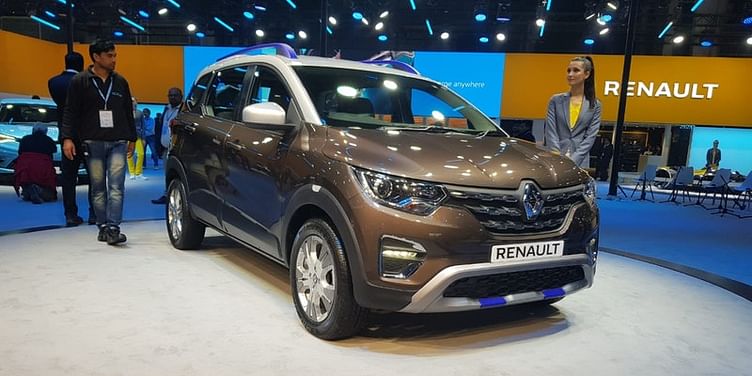 French carmaker Renault unveiled the Triber Easy-R AMT at the Auto Expo 2020, and said the car will be launched in the first half of 2020. The Triber is a sub four-meter seven-seater car, and the carmaker will now be coming with an automatic gearbox in a couple of variants.

Since its launch in August last year, Renault claims to have sold more than 28,000 units, which has helped the company grow its base in India.

“Looking at the evolving customer preferences, the AMT technology is becoming a popular choice across segments, and we are happy to build on our portfolio with Renault Triber Easy-R AMT,” said Venkatram Mamillapalle, CEO and MD, Renault India.

The Triber AMT will be sold matted to a 1.0 litre, three-cylinder energy petrol engine, which produces 72 PS of power with 96 Nm torque, which is currently only available with a manual gearbox.

In terms of styling, the car is same as the current Triber, but the only differentiation is the Easy R badge on its boot and a new gear lever in the cabin, which is not a rotary like in the Kwid, but a conventional stick. The dual tone white and black cabin continues with Renault’s exclusive modular third row with the easyfix function. The door handles and dash have a blue lining to make them stand out. From the outside, the car has been given a dual colour finish with a brown body and white roofline.

The Triber was recently updated to comply with BS6 standards, which pushed its base model pricing by Rs 4,000, and the top-end price was hiked by Rs 25,000. Renault will announce the prices of the AMT when it is launched later this year.

Apart from the Triber AMT, Renault also showcased the K-ZE EV at the Auto Expo 2020, which is the electric cousin of Kwid and the Twizy Cargo EV - an electric, last mile connectivity solution, and the Zoe EV. The K-ZE is currently on sale in China and will make its way to India by 2022-23. The Zoe EV will also come to India, but there is no fixed timeline, and there is no news about the Twizzy making its way to India anytime soon.

Volkswagen-Skoda reveals its first product from the India 2.0 Project