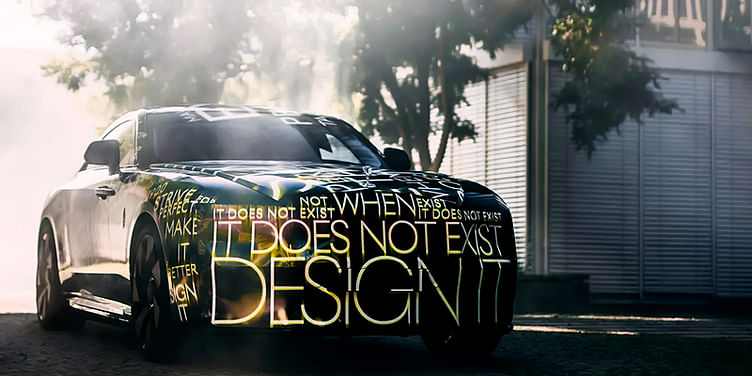 The company says its upcoming fully electric car Spectre will be tested for 2.5 million kilometres, which is essentially an average life cycle of more than 400 years.

It is no secret that Rolls Royce has been developing its first electric vehicle (EV) for a long time now. The British luxury marque officially commenced testing its upcoming EV, tentatively titled ‘Spectre’, from September last year.

Earlier this year, a prototype of the fully electric saloon was tested in extreme freezing conditions at a bespoke testing facility in Arjeplog, Sweden, just 55 kilometres from the Arctic Circle. The recent testing phase in the French Riviera concentrates on more urban conditions that reflect a car’s everyday use. The battery-powered luxury sedan will now be extensively tested at the Autodrome de Miramas facility and on Côte d'Azur roads.

This testing phase will be split into two parts. The first part will begin at the Autodrome de Miramas proving ground, located in the French department of Bouches-du-Rhône in Provence. The testing facility was once a racing circuit and played host to the 1926 Grand Prix. It incorporates more than 60 km of closed routes and 20 test track environments, which provide a vast number of testing opportunities over a landscape of 1,198 acres.

This facility also consists of a heavily banked 5-km 3-lane high-speed bowl, which tests a car’s agility and handling at continuous high speeds. The second part of the testing phase will take place in the Provençal countryside surrounding the Autodrome de Miramas. Around 55% of the total testing of this phase will be conducted during this part.

Based on bespoke EV architecture

Rolls Royce claims that Spectre is unlike any of its previous models. Not only does it run on an electric power source, but it also benefits from unprecedented computing power and application of advanced data-processing technologies. The electric sedan is underpinned by a space-frame architecture, which claims to provide exceptional torsional rigidity.

This has been achieved by integrating the rigid structure of the battery itself into Spectre's aluminium platform. It improves the overall integrity of the assembly by 30%. The architecture is draped by aluminium body sections which are the largest for any Rolls Royce model yet. The biggest of them all is a one-piece side panel, extending nearly four metres in length, stretching from the A-pillar to the taillights.

The company has managed to reduce the drag coefficient from 0.26 to 0.25, making it the most aerodynamic Rolls Royce model ever built. This was achieved following rigorous wind tunnel testing, digital modelling, and continuous high-speed testing in Miramas. The model also features a redesigned Spirit of Ecstasy mascot that sits prominently on its hood. The new design will be seen in all future Roll Royce cars.

The two-door, four-seat, grand touring coupe will be a spiritual successor to the company’s flagship Phantom but not its direct replacement. If all goes well, customer deliveries of Spectre are expected to commence from the fourth quarter of 2023. The marque brand intends to have an all-electric portfolio by 2030.