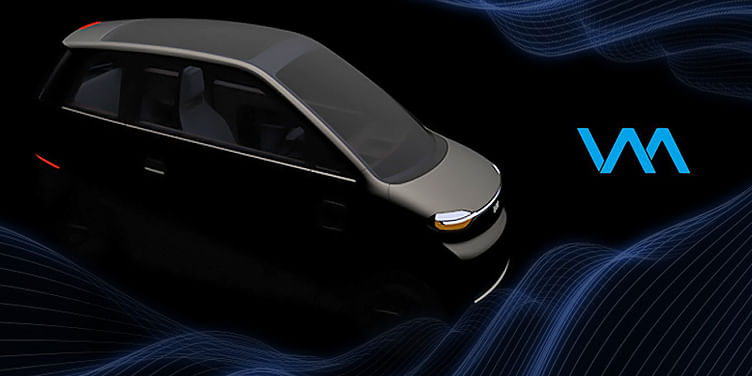 Vayve Mobility will showcase a pre-production prototype of its upcoming two-seater electric car at the 2023 Auto Expo in New Delhi.

Electric mobility has seen tremendous growth in the past decade or so, not just in terms of sales but, more significantly, in the way technology related to electric vehicles (EVs) has evolved over the years. Both the two-wheeler and passenger vehicle segments have been proactively adopting battery-powered technologies of late.

Being more accessible, two-wheelers have witnessed a greater growth but there is nothing to beat the comfort of a car inside a protected cabin. At the same time, increasing city traffic congestion makes four-wheelers difficult to handle and park. To address this concern, Pune-based ﻿Vayve Mobility﻿ has built something special.

Idea behind conceptualising the vehicle

Vayve is building a small two-seater electric car that can accommodate two adults along with a child. The startup believes that exposure to harsh environmental conditions such as heavy rains, high temperature, pollution, and noise and lack of safety renders two-wheelers unsuitable for the daily needs of an upscale urban commuter.

There is a crucial need for a purpose-built, all-around efficient city car, especially for developing markets like India, South East Asia and Latin America.

“Average occupancy in a car is less than 1.5 people. We want to challenge the status quo by introducing a 2-seater car which meets the needs of city commuters for 95% of their daily use,” says Nilesh Bajaj, CEO, Vayve Mobility.

Details of the vehicle

Named Eva, the ultra-compact car has been developed with the aim to establish a new category of EVs for personal mobility and accelerate mass EV adoption, starting in India. The car has a narrow body configuration (1x3 metres), making it nimble to manoeuvre through traffic and enable ease of parking.

The car draws energy from a modular battery pack with an efficiency of 20 km/kWh, featuring an active liquid cooling setup. Elaborating on the same, Saurabh Mehta, CTO of Vayve Mobility, says, “Eva would have a range of 250 km+, which would require charging only once or twice a week, being fully charged in four hours using a 15A electrical socket available at your home.”

Eva also supports DC fast charging and can charge 80% in 1 hour. Mehta reveals that a 10-minute charge adds around 10 km of range. It also comes with an integrated solar PV roof as an optional extra, apart from the standard roof that can be had with a panoramic sunroof. This will make Eva the first solar-powered electric car in India other than a handful of options available in international markets.

When parked or driven in the sun, the solar PV system in Eva will harvest enough energy to provide free charging of up to 3,000 km per year, or an average of 10 km/day. The company says improvements in solar PV technology will only increase the free charging range of the car in future.

While Vayve is yet to disclose the details of the car’s powertrain, it has been primarily developed to tackle everyday urban commutes. The company claims that Eva will be able to accelerate from 0 to 40 kmph in five seconds, making it a peppy vehicle to drive around the urban jungle.

The Pune-based startup has also mentioned that the interiors of the car will be highly functional and the design will be based on a philosophy centred around providing convenience and comfort to commuters in their daily drive.

Vayve says that Eva will cater to a wide range of consumers across different age groups. The primary target customer group is office-goers who have a daily point-to-point travel need, from home to office. Such people seek comfort and want to look perfect for their meetings. The next big consumer group is college students who want a trendy, connected and agile EV instead of a big car which can be an overkill for their run.

Homemakers who commute short distances, mainly for dropping children at school or for grocery shopping, etc. could find Eva an easy vehicle compared to a full-size car in the city traffic. It also makes a strong case for senior citizens for whom safety is of prime importance.

Process that went into its making

In a conversation with the team of Vayve Mobility, we got to know that the process for building the car began with the outbreak of the Covid-19 pandemic in early 2020. This created a huge challenge as supply chains became far slower and, in some cases, stopped providing the necessary parts and materials.

Despite all the struggles, the startup was able to build its first prototype by August 2021. Since then, further improvements were made in mechanical engineering, drivetrain choices, battery chemistry, battery format, and proprietary cooling system design.

Upon launch, Eva will also hold the distinction of being the first-in-category four-wheeler car to be classified under the L5 standards confirmed by ARAI. This has been achieved thanks to a much narrower rear track.

Furthermore, in the coming months, Vayve will be working on refining the existing vehicle chassis, besides a taxi version of the same with a driver plus four passengers and a 400-litre luggage capacity. Both these variants will be based on the company’s signature chassis platform, optimised closely to their respective markets and use cases.

Over the past six months, the company has come up with a road-tested MVP (minimum viable product) chassis that will be showcased at the upcoming Auto Expo in New Delhi to be held in January 2023. Vayve Mobility, which initially started as a bootstrapped startup, is currently on its way to close a pre-seed round with further interest in a larger round from international venture capital.