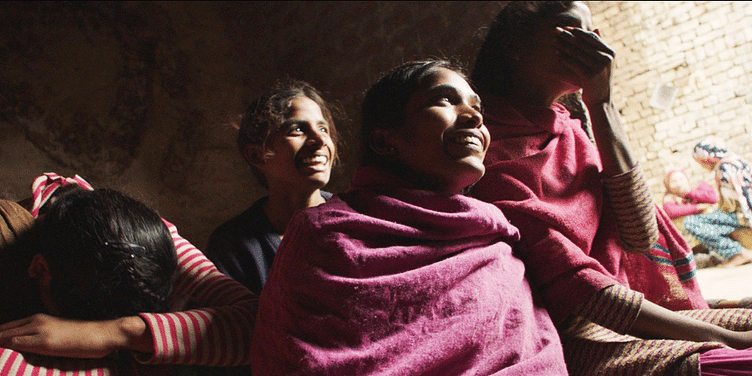 I'm not crying because I'm on my period’, Iranian-American director Rayka Zehtabchi said, fighting back tears, as she accepted the Oscar award for the Best Documentary Short Subject.

Directed by Iranian-American director Rayka Zehtabchi and co-produced by Melissa Berton and Indian producer Guneet Monga, the film revolves around a conversation around the taboo topic of menstruation. It kicks off in the small village of Hapur, outside of Delhi, following a group of rural women, who with some help from Berton and the original Padman Arunachalam Murugantham, starts a small-scale pad-making initiative.

Apart from the focus on the women’s entrepreneurial endeavour, the film also explores deep-rooted stigmas surrounding menstruation, especially in developing countries like India, where a girl getting her periods could even spell the end of her education.

Read more: Netflix documentary ‘Period. End of Sentence’ sheds light on a band of women leading a silent revolution in a village outside Delhi

Zehtabchi, a recent graduate of the University of Southern California's film school, fought back tears as she took to the stage to accept the award for the Best Documentary Short.

“Oh, my God. I'm not crying because I'm on my period or anything. I can't believe a film about menstruation just won an Oscar,” she said as she accepted the Oscar for the Netflix original, accompanied by Berton. “To the women, know that you are empowering women all over the world to fight for menstrual equality,” she added.

Zehtabchi’s emotions were echoed by the entire Dolby Theatre as itburst up in acknowledgement of their incredible win. Celebrations have kicked off in equal measures on Indian twitter as well, with Monga leading the bandwagon with an ecstatic message.

“WE WON!!! To every girl on this earth... know that you are a goddess... if heavens are listening... look MA we put @sikhya on the map,” she shared.

As co-producer Berton added, “A period should end a sentence, not a girl's education.”

WE WON!!! To every girl on this earth... know that you are a goddess... if heavens are listening... look MA we put @sikhya on the map ❤️

Congratulations @guneetm! This is so exciting. #BestDocumentaryShort - Period End of Sentence

“A period should end a sentence , not a girls education” - best quote of the night ✨#OSCARS @NoShamePeriod #bestdocshort