Beyond Michelle Obama's 'Becoming', here are 5 great memoirs by women to pick up on World Book Day 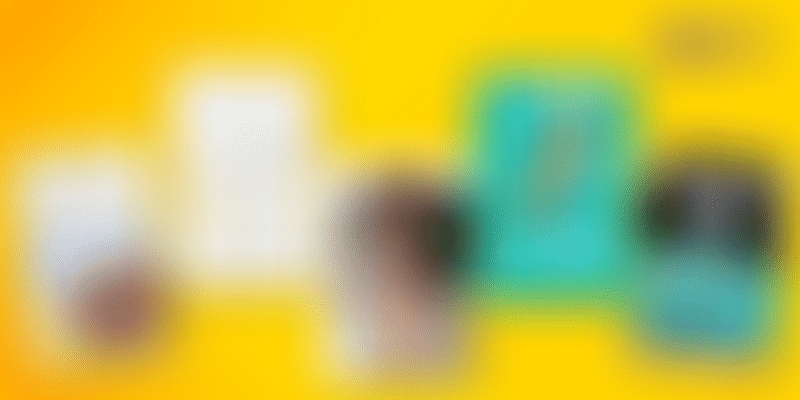 On World Book Day, we present to you five compelling memoirs by women on things big and small, and on topics as diverse as identity, feminism, and sexism.

Women are natural storytellers, be it to their children during bedtime, or addressing thousands at conferences. And while there are stories told and retold, when women speak about their own lives, we can’t help but sit up and listen.

On World Book Day, we highlight some of these women whose voices were too loud to be snuffed out, with messages too important to be ignored. They have essayed their memoirs on things big and small, on identity, sexuality, feminism, and sexism.

Moving away from the more well-known memoirs such as Michelle Obama’s superlative Becoming, or the eye-opening Educated by Tara Westover, here are HerStory’s top picks of some recent memoirs by women that pack a punch.

Also read: Michelle Obama says 'Becoming' is not about arriving somewhere but evolving

1. No One Tells You This by Glynnis MacNicol

Are you 30, single, and living the life of your dreams? While things are swell, people (we are looking at you, nosey Indian aunties!) will not let you forget the fact that you have failed to score a husband. Now, this may not be on your priority list, but everywhere you turn, people look at you with pity. When she hit 40, Glynnis MacNicol realised even if she was happy with her successful career and busy social life, she was looked at as the sad spinster whose life was empty without a husband and children.

Thus began her journey to chronicle the life of a modern woman living the single life. No One Tells You This is a thoughtful memoir that gently navigates the life of a woman dealing with family, friends, career, love, sex, and also mundane things like changing a lightbulb or taking out the trash. The memoir helps prepare women for the single life that is not meant to be sad and lonely, but one of great self-discovery, and lots of experience.

2. The Year of Less: How I Stopped Shopping, Gave Away My Belongings, and Discovered Life Is Worth More Than Anything You Can Buy in a Store by Cait Flanders

Marie Kondo has inspired a generation of people with her magical art of tidying up. When your physical space is not cluttered, your mind is alert, sharp, and productive. And minimalism, or essentialism, Cait Flanders soon found out, has far-reaching effects. This memoir is inspiring millennials to get off the vicious circle of buying, buying, and more buying.

This generation, much like the author herself, is still grappling with the after-effects of the 2008 recession, dealing in student debt, even as it refuses to give up its designer lattes and Kylie Cosmetics. The Year of Less documents Cait’s life for a year as she made purchases of only essentials: groceries, toiletries, and gas for her car. She decluttered her home and life, learnt how to make items last, and explored the zero waste movement. This memoir will help you figure out what is important in your own life, and trim the excess fat: toxic relationships, draining friendships, and those extra tubs of body butters way past the expiry date.

Rose McGowan of Charmed fame has been leading the fight against sexism and sexual abuse in glamorous Hollywood. Packaged by the film industry, objectified, and sexualised time and again, she found her voice and has quickly risen to become an advocate for feminism in the US. Edgy and hard to ignore, Rose’s Brave is an excellent self-portrait of a female actress in a testosterone-charged industry.

Powerful and full of good advice, Brave is the best gift to a young girl who is wilting under the male gaze, or someone who is struggling to find her voice in a patriarchal world. Feminism is not a dirty word, Rose says through the book, which points the finger at both sexes for the way women are treated. Let this compelling memoir of a flawed yet beautiful and brave woman inspire you to manoeuvre the inevitable traps in a sexist world.

Also read: Challenging the status quo and other life lessons from Emma Watson

4. I Am, I Am, I Am: Seventeen Brushes with Death by Maggie O'Farrell

How to truly reflect on the beauty of life if you cannot dwell on death? Author Maggie O’Farrell has had not one or two but seventeen close shaves. There is so much wisdom you can get from her story, and what a story it is: from childhood illness and bad adolescent decisions to dangers on the road and those that present themselves exclusively to women, Maggie has encountered them all.

And the loud and resounding lesson that has emerged from each instance is the fact that she is alive. With taut prose and heady snapshots of her brushes with death, Maggie’s I Am, I Am, I Am was meant as an essay on life to her daughter, but men and women should read the memoir to fully understand how lucky we are to be alive.

5. Sick: A Memoir by Porochista Khakpour

Why are there not enough books on illness? Is it because it is not sexy or deemed to not be a crowd-puller? Well, Sick: A Memoir has proved the publishing industry wrong by taking a bold stab at chronicling one woman’s life-long battle with sickness. A long-term victim of Lyme disease, Porochista suffered under the constant trauma of ER visits, expensive healthcare, and uncertainty. For a long time, no one could figure out what was wrong with her.

In this visceral emotional journey, Porochista reflects on the disease itself and all the mental fatigue she laboured through before the diagnosis. Even as the memoir takes you along Porochista’s ongoing search for health, it is a meditation on the healthcare industry, as well as the psychological toll of hospitalisation.

Also read: A world without feminism: the need to reorient the discussion around gender roles