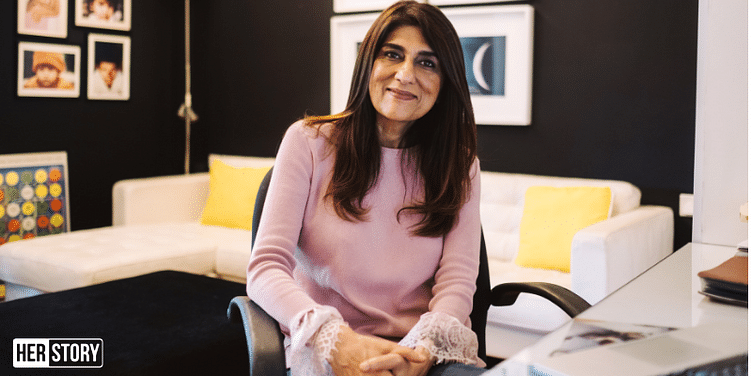 A Year of Wednesdays is the story of two strangers who meet on a long-haul flight to never meet again. Yet, their lives continue to be intertwined. We speak to author Sonia Bahl to better understand her novel’s interesting premise.

Two strangers on a flight from New Delhi to New York sit next to each other. As strangers, they have nothing in common. One walks into the flight expecting there is no one sitting next to him while the other is a mum with a baby. When the flight faces turbulence, the Wall-Street type man and the mum in the drool-stained sweater get talking and continue to throughout the 15-hour journey.

The two leave the flight without so much as a backward glance - never to meet again. But their lives continue to be intertwined.

This is the premise of A Year of Wednesdays from second-time author Sonia Bahl who interweaves the story of the two strangers with beautiful prose and philosophical imagery that is reminiscent of the Japanese Ichi-go-ichi-e that translates into - one time, one encounter, lasts a lifetime.

In an interview with HerStory, Sonia Bahl, author of A Year of Wednesdays, talks about writing, the book, and strange bonds.

HerStory: The acknowledgements page of A Year of Wednesdays says that this second novel was never meant to happen. But it did. Can you throw some light on it?

Sonia Bahl: I write screenplays. It’s more than a bit all-consuming - a never-ending process. The train that keeps chugging but often forgets to pull into the station.

I must be deluded but I love this crazy business. Pooja Dadwal, Deputy Managing Editor at Fingerprint! Publishing, and - the editor of my first novel, had other ideas. She began sending me gentle but decidedly un-subtle text messages asking what my next story was with the statute that it couldn’t be

for a screenplay. I said there was none. The texts never stopped.

So I replied with a one… maybe, three sentence story. That was it! She said she was hooked and needed to know how it would start. So it went from a line to a chapter and then another - all on text - pure entrapment. She insisted I had to turn it into a book - she needed to know how it would finish. And so it moved from texts to my laptop. And, now it’s in stores. You know who to blame!

HS: The beginning of the book is an interesting setting. Two strangers sit together on a plane and talk non-stop. Did it come from a personal experience or is a complete work of fiction?

SB: I don’t think we can ever extract who we are from what we create. The lines are always blurred. Without being too literal about the how and where, to me this is about that rare connection. We’re all looking for deep connections we are wired to; it’s part of our molecular structure.

Just that in the minutiae of the day-to-day and the overwhelming dependence on social media interactions, finding that real connection is never easy. But when it happens, it almost spoils you for everything else. It doesn’t have to be romantic or sexual or hormone-led! Everyone’s been there.

After a five minute conversation you’re going - "Kill me already!" And sometimes, after a five-hour conversation, you have no idea where time evaporated. It’s that simple.

HS: Why did you decide to focus on this strange bond? What purpose would it serve in the larger scheme of things?

SB: As I said earlier, this high-octane, stimuli-addicted, “social media fetishising” world has irrevocably altered us. Unarguably, the greatest gift of our times is the ability to communicate faster and cheaper than at any other point in history.

But you’ve also got to wonder if all this grand connectivity is just becoming a crutch for our isolation and inability to focus and concentrate on one encounter, one relationship, one conversation at a time. I believe when we do, or when we are forced to in some cases, we often end up uncovering magic.

HS: Why 'Wednesday'? Does it mean anything special?

SB: It definitely means something to the occupant of Seat 7A on the flight so why don’t we just go with what she says:

HS: The book is part philosophical too. What are the specific emotions you are trying to convey through it?

SB: Eventually when all is had, achieved, conquered, it is people and how we relate to them that matters most. The truth is I'm not even sure I am trying to convey something you need to take away. It’s a feeling. And who can say it better than Kazuo Ishiguro: ‘But in the end, stories are about one person saying to another: This is the way it feels to me. Can you understand what I’m saying? Does it feel this way to you?’

HS: Ichi-go ichi-e - do you personally believe in it? Do you think such strange encounters can enrich life in many ways?

SB: The Japanese have so many seemingly simplistic phrases that encompass an entire universe in them. What appeals to me about ichi-go ichi-e is the fact that every single encounter happens just once and then it’s gone. The Japanese tea ceremony is a literal translation of how they honour the moment that will never come back in this lifetime. But if you take the simple, yet grand, thought and extrapolate it, it says what we all know. Honour the moment. It is all ephemeral. But the effects may last forever.

SB: I want to tell you I take my laptop and watch the Milky Way from a pollution-free beach but honestly, it’s supremely quotidien what I do! I am fairly obsessive and routine-based. Jack Russel-ish in my stubborn need to finish what I’ve started. It’s pretty much all I do during the day, barring weekends. And sometimes, it spills over to the night if there’s a deadline.

I find the large windows in my study with nearly daily rain (at some point) exquisitely comforting. I do not work like a hyper-cool person in PJs or run on endless cups of coffee. I have a fairly gentle (euphemism) stomach so water with a slice of lime works well.

I have schizophrenic musical tastes and something always plays on Apple music, but it never blares; I find I start listening to the words instead of writing them. All very staggeringly mundane, but it works.

HS: Any future books in the offing?

SB: Hang on, let me WhatsApp a three-sentence outline to my editor!

HS: Can you tell us about yourself?

SB: The boring stuff is I was born in Kolkata and have lived most of my adult life abroad - Indonesia, America, Europe, South Africa - and I now live permanently (I think) in Singapore.