5 times Game of Thrones broke away from gender stereotypes 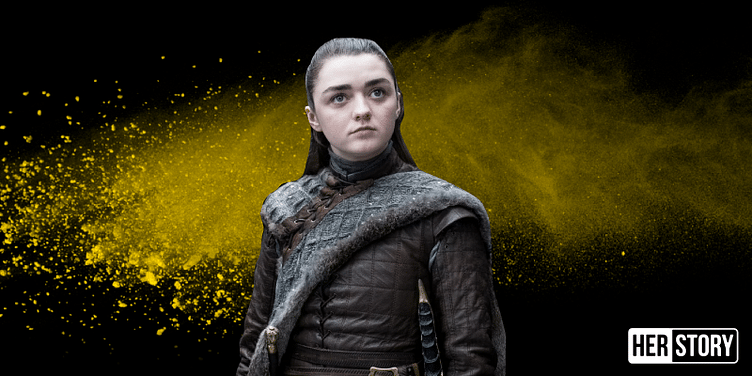 With Game of Thrones, being the most-watched show in recent times coming to an end, we look at the different ways in which the series didn’t resort to gender stereotyping.

As the curtain fell on the Game of Thrones, one of the most popular TV series, on Monday, one line from Tyrion Lannister, one of the most smart and witty characters on the show, will stay on.

There is nothing in the world more powerful than a good story.

In many ways, Game of Thrones (GoT) was one such story, a story that didn’t disappoint (at least some would agree). One that brought its characters to life and was as real as it could get (of course Dany burning Westeros could have been a much shorter sequence). It showed us how storytelling doesn’t need to play on gender stereotypes and biases that exist.

Though criticised for its nudity and sexual content, the series also surprised us in its treatment of its female characters. Though there are views and theories that it was regressive to kill the two queens in the end and have Bran Stark sit on the throne, there have been multiple occasions when the show really let women stand out.

We look at the five times Game of Thrones didn’t play to gender stereotypes.

Leadership is about capability

Time and again, Game of Thrones showed us women in power without labelling them as bossy, rude, or over-ambitious. Cersei’s thirst for power and Danerys spitting fire in revenge (Dracrys and Drogon), though widely vilified, had nothing to do with the fact that she was a woman.

This was a big shift because women rulers weren’t seen in a different light from their male counterparts. Even Sansa Stark’s desire to rule the North was not portrayed as negative. In fact, all these women have been shown as badass.

In the finale, Sansa asking her uncle to stop talking and sit down since he won’t make the king, is an epic moment. It just shows how strong and vocal Sansa had become.

GoT showed that power had no gender, and women could aspire to it in equal measure.

Can a leader be feminine yet powerful? Or does she have to display so-called masculine traits? Are women successful when they don’t conform to gender stereotypes and play masculine roles?

GoT showed us that Dany could love, be a mother of dragons, and still wield enough power to wipe out a city. She could wear a dress and look beautiful but that didn’t mean she couldn’t rule.

Ser Brienne of Tarth may have been strong, but that didn’t mean she could not love, get hurt, and shed tears when her heart bled. GoT in many ways showed that women need not conform to the traits of any gender.

It let characters such as Sansa, Dany, Cersei, and Arya be who they wanted to be.

Each of us is unique

Of course, given the depiction of the medieval ages, women accepted their husbands' name and protection, wore dresses, but in many ways GoT broke the norm. It allowed each character a voice, and built it based on their life experiences and settings.

The show featured some strong women characters - right from the Machiavellian matriarch Olenna to the soft-spoken yet firm Gily, wife of  Samwell Tarly, who did not hesitate to speak her mind when needed.

It also did not hesitate to show the other side of strength. Brienne gave into the emotion of love while Cersei would do anything for her children. Each of the characters was unique and didn’t conform to gender stereotypes.

Courage has no gender

In the finale, when Arya Stark declared that she was to explore the West of Westeros, where all the maps ended, no one batted an eye. Them understanding Arya for who she was, was a normal thing.

In fact, Jon even invited her to Castle Black where traditionally, women weren’t allowed.

And who can forget little Lyanna Mormont, standing up to the 'Army of the Dead' valiantly? Neither age nor gender deterred her from fighting the common enemy.

In the last season, there was a moment when Lord Varys reminded Sansa of her journey in life facing both physical and sexual abuse till she reached Winterfell. It revealed the pragmatic side of Sansa when she responded that those experiences were in fact, learnings. She didn’t play the victim card at any time nor did she ask for any sympathy. She believed in herself and that was important.

And Cersei Lannister, despite the abhorrent Walk of Shame, faced abuse with her head held high. While the experience triggered horrible consequences, she had faith in her ability to dispense justice, the way she wanted.

We may have let go off the show with mixed feelings, wanting for more, but the characters and their experiences will remain etched in our hearts, forever.