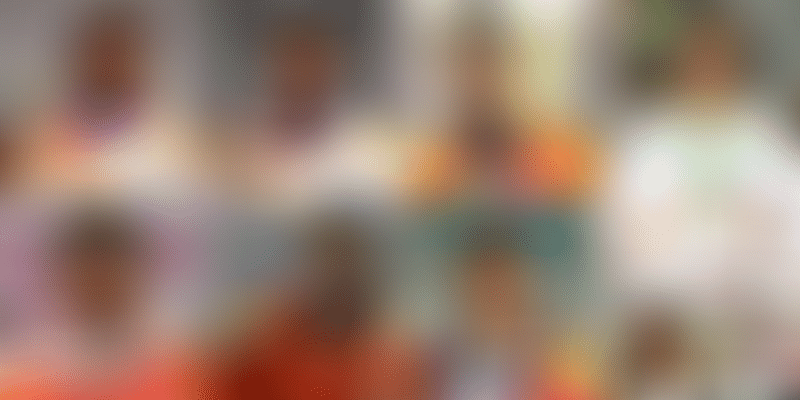 In the face of many challenges and lack of resources, these small-town women show they can overcome any hurdle to succeed in sports.

If you have been caught up in the frenzy surrounding the elections, Game of Thrones, and Avengers then you would have most likely missed the feats achieved by our women at the 23rd edition of the Asian Athletics Championships, held at Doha, Qatar recently. Of the total 17 medals that India won, women accounted for 10 of them. This is a trend that we are seeing across different sports, and championships.

Despite the challenges they face and the lack of support, victory was theirs for these athletes whose hard work helped them defeat others with more training and resources at hand. India’s track record in sports has improved in the last five years and sportswomen from small towns have shown us they have what it takes to shine on the global stage. Also, with the 2020 Summer Olympics around the corner, we can look forward to more feats from women.

Here are some of the women who made India proud by their podium finish:

Gomathi got India its first gold at the 23rd Asian Athletics Championships.  This 30-year-old, who is working in Bengaluru, hails from Tiruchirapalli, Tamil Nadu. She placed first in the 800m event.

Gomathi has had a tough ride. In 2018, she lost her father to cancer, and she herself was dealing with an injury, and then lost her coach to a heart attack. However, she returned to pick things up again, and her tenacity helped her overcome all the challenges in her way.

Chirta hails from Munrad village in Palakkad district of Kerala. Her parents are daily wage earners and, like many other sportswomen from small towns in India, Chitra didn’t have any gear and other resources at her disposal. Her physical education teacher saw that she had talented when she was 12 and spent time training her. In 2017, the 23-year-old was dubbed ‘Queen of Asia in the mile’. At Doha, she won gold in the 1,500m event.

Annu hails from Meerut and is a javelin thrower and national record holder. The 26-year-old won India a silver in javelin throw at the 23rd Asian Athletics Championships. Annu’s coach is also a javelin player, and though 2015 wasn’t a great time for Annu, due to multiple reasons including injuries, she has since bounced back and is making a mark.

Swapna Barman is the first Indian woman to win gold in heptathlon- a field and track event comprising seven events. With an extra toe on each foot, 22-year-old Swapna’s journey from the town of Jalpaiguri in West Bengal has been nothing short of extraordinary. At the Doha Championship in 2018 she won a silver in the heptathlon event.

In the 2018 Asian Games, Dutee Chand from Jeypore in Odisha, picked up a silver in the women's 100m sprint, ending India’s 20-year-long wait for a medal in this category. In 2014, she had been suspended by the International Association of Athletics Federations (IAAF) for its backward policy on hyperandrogenism, or elevated levels of male sex hormones. However, she fought back and won the battle in 2015, when she was cleared to play by the Court of Arbitration for Sport.

At the championship at Doha, the 23-year-old bagged a bronze in the 200m event.

Sprinter Machettira Raju Poovamma specialises in 400m and is part of the 4x400m relay race. At Doha, she and the team bagged a silver in the 4x400m relay.  Poovamma, who was born in Gonikoppal, Karnataka, won many other medals at other championships. In 2012, she had a debilitating injury but has continued to shine. The 28-year-old was also awarded the Arjuna Award for her contribution to athletics.

Born in Nashik, Maharashtra, Sanjivani is a long-distance athlete doing 5000m and 10,000m. In 2018, she received the Shivchhatrapati Award. By the time she finished Class 12, she was already competing in international events. At the 23rd Asian Athletics Championships, the 22-year-old won a bronze for 10,000m.

Sarita Gayakwad hails from a small tribal village called Kharadi Amba in the Dang district of Gujarat. From a young age, she was into sports, and quit her studies to pursue sports. She started playing kho kho and went on to represent Gujarat at the national level. In 2011, on the advice of a national level coach to pursue athletics, she moved to athletics. She is a sprinter who specialises in 400m and 400m hurdles. She has also been a part of the women’s 4x400m relay team. At Doha, the 24-year-old won the bronze for 400m hurdles.

VK Vismaya is a sprinter who hails from Kannur in Kerala. She specialises in

400m, and under four months of relay training under coach Galina Bukharina in 2018 at the Asian Games in Jakarta she anchored India to a relay gold in 4X400m. At Doha, the 21-year-old was part of the relay team with Priyanka, Sarita Gayakwad, and M R Poovamma. They won the 4x400m relay silver.

There are so many other women from small towns and villages who are excelling at different sports and bringing glory to the nation. There is hope that this trend would bring more attention and resources to these young athletes doing their country proud.

Indian women in sports- winning against all odds