Confined to bed rest for 9 months, this woman entrepreneur continued to run her startup from home 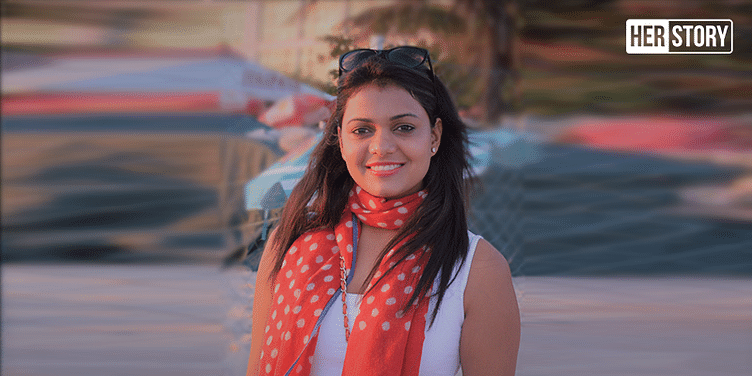 A few days before her daughter’s first birthday, Pallavi Jain, COO and Co-founder of Instalocate, opens up about the challenges of balancing a difficult pregnancy and a new startup.

Pallavi and her husband started Instalocate in 2017. Using deep tech analysis, Instalocate acts as an AI travel assistant that converts flight delays into money. With the click of a button, users can know whether they are eligible for compensation.

“We do not charge anything until people get their money. So, it’s a win-win for both passenger and Instalocate,” says Pallavi Jain, COO and Co-founder of Instalocate.

In 2017, Pallavi became pregnant, and Instalocate was in an aggressive mode of taking off. But given her history of miscarriages, Pallavi was advised nine months of complete bed rest until her baby was born.

But there was no way she was giving up on her other baby – Instalocate. So, being the head of operations and marketing at Instalocate, she worked from her bed for nine months, juggling a difficult pregnancy and a startup.

Everyday was an ordeal. Pallavi recalls, “I was put on a high dosage of progesterone and a blood thinner was injected every day to sustain the pregnancy. This was definitely the most difficult time of my life both physically and mentally. But what kept me going was talking to other women who had been in similar situations. After hearing their stories, I realised miscarriages are very common and yet no one talks about them. Suddenly, I felt I wasn’t alone in this, which gave me a lot of power to deal with it.”

During the nine months, Pallavi was confined to bed, and she received immense support from her Co-founder and the entire team.

“Several founders run companies sitting in different time zones, and I was still in the same time zone. I have a very supportive team; especially my Co-founder Ankur (who is also my husband), who made it possible for me. I was part of every big/small achievement through Skype and phone. I started working right after delivery. Though I started attending office two months later,” she says.

From operations to finance, Pallavi was managing everything from home. “I hired my key operations person while at home. We worked together for six months, and we never met but would speak everyday.”

Even on the day of the delivery, Pallavi says she was scared. “I was very scared that something might go wrong. However, I engrossed myself in work to fight all the negativity. That really helped me in focussing on the positives.”

After her daughter was born, the initial days were difficult.

"I was struggling with the challenges of motherhood. Also, I was very conscious of all the weight I had gained in nine months of zero physical activity. It took me a while to become confident about myself. It became all the more challenging for me as I started working very early on. I was struggling with my body, then there were new demands of motherhood and of course getting back to work after so many months had its own struggles. It did take me a little while to get back in the game.”

In this video, Pallavi tells us all about the difficult phase of her life when she was confined to bed rest due to a difficult pregnancy. Despite the challenges, she continued working full-time.

All in the family

Pallavi’s exposure to entrepreneurship happened very early in life. Born in a small village in Uchana, in Haryana, her father decided to move to Delhi and start his cryogenic gases business when she was a year old. She completed her engineering in Computer Science from NIT Kurukshetra, and later did a specialised course in entrepreneurship from Stanford University. It was natural for her to join the family business in 2008 after she completed her engineering.

In 2012, she worked with former President of India, Dr APJ Abdul Kalam, on the concept of a science school. The aim of the school was to reach out to prodigies in the interiors of the country and make them into noble laureates.

“I worked with Dr Kalam briefly as an intern, but it was a life-changing experience. His humble living and visionary thinking really helped me change my perspective about a lot of things,” says Pallavi.

As a team of 10 people growing at a very fast pace, Pallavi says, “We have automated most of our processes using AI. As a result, even with a small team, we are able to cater to a very high number of passengers.” Pallavi’s husband Ankur Jain, who is also the Co-founder and CEO of the company, handles the tech aspect of the business.

In the next five years, Pallavi and her team wants to build a suite of next generation travel insurance products, which will impact billions of people all over the world. What this means is most of the current travel insurance is medical insurance. There is meager coverage for trip disruptions such as flight delays. Pallavi also points that only 2-3 percent passengers make claims for expenses under travel insurance.

“We are solving these problems by launching a new generation travel insurance. As part of this, we will cover for any delay in more than an hour. There is no elaborate process for claiming, and instead there is an instant payout in your e-wallets as soon as you experience a disruption,” she says.

Meanwhile, speaking about what keeps her going is, she says:

“Good feedback from our users when they get their money from the airlines is what drives me to work every day. The impact Instalocate has on their lives is phenomenal, and this is what motivates me.”

Learnings of being a mother

“The biggest lesson I learnt was about the power of sharing. Miscarriages are considered such a taboo. Hence, no one talks about them. When I started speaking to other women about my struggles, I realised I wasn’t the only one going through this. I think the power that I got from hearing other’s stories gave me a lot of motivation to share mine with the world," she says.

Pallavi says there is nothing more precious than motherhood for her. “It has changed me as a person, and it has made me more patient, tolerant, and more organised. Motherhood teaches you the value of time. All these changes have also helped me become a better leader at work.”

By opening her home to more than 400 guests as an Airbnb host, this single mother rewrote her l...

There is no doing things halfway, whether it is motherhood or entrepreneurship, for Ashini Shah