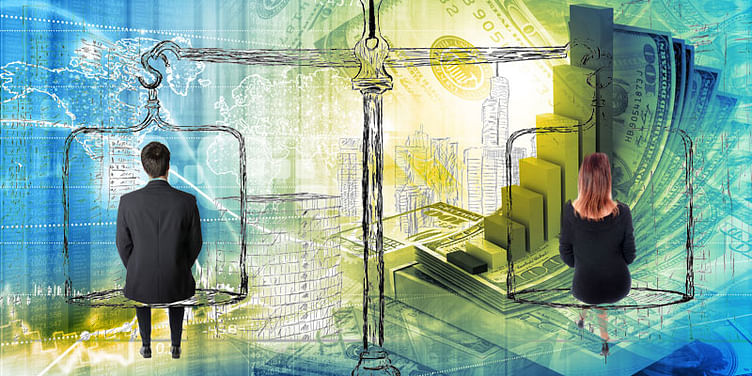 The creation of a more diverse workforce is not a trend; having one is good for business and allows companies to earn higher profits.

Leading business leaders have shed light on this fact for decades. Even leaders who believed a diverse workforce was good for business underestimated its benefits.

In the Indian context, there could be many reasons why a larger number of women working with a company will result in the company earning higher profits.

One reason is that, sadly even today, only the most capable women in India earn a Bachelor’s or Master’s degree, hence companies that hire women don’t simply hire capable employees, they hire the cream of the entire available workforce. Such recruitment allows a company to have a highly productive and innovative workforce.

It is understandable that a gender diverse workforce allows companies to earn higher profits; that lack of gender diversity in companies causing a financial penalty can also be understood, particularly in the Indian context.

Perhaps, the simplest reason why companies that lack gender diversity pay a penalty is that they can’t generate new ideas because diverse viewpoints aren’t expressed.

A paucity of viewpoints is likely to lead to less innovation. Also qualified women are themselves more willing to work in organisations in which many women work. Hence by attracting women employees, a company ensures it attracts even more and likely, better-qualified women.

However, simply employing more women isn’t likely to lead to higher than average profits. It’s necessary that women be appointed to revenue-generating roles. Studies show that companies in which women are equal stakeholders in generating revenue are more likely to earn higher than average revenues. Hence assigning women to roles in which they earn revenues is as important as making an organisation more gender diverse.

The statement that “more women in its workforce will allow a company to earn higher revenues” isn’t mere pabulum; it’s a fact that is backed up by solid research. In a globalised world with 7 billion plus consumers, it’s essential for companies to have an understanding of what strategies are likely to succeed, and what strategies won’t. Successful strategies can best be developed using myriad viewpoints because when a large number of qualified professionals develop a strategy or try to overcome a challenge there's a good chance that effective solutions will emerge.

Women are 50 percent of the world’s consumers and the total of wealth controlled by women is estimated to be approximately $51 trillion. Clearly, any company that expects to capture a greater share of this market must continuously strive to understand women’s preferences. Men don’t understand women. To sell to women, a company must be willing to hire women and put them in positions in which they can make important decisions. Only by understanding what women want can companies tap into much more of the enormous wealth controlled by women today.

What makes appointing women to even more positions of influence in companies is that by next year women across the world are expected to control $72 trillion dollars of wealth (32 percent of all the wealth in the world). Women can effectively market products and services to women, men less so.

Other reasons in favour of gender diversity

Also, in the early part of this decade a survey by a US-based think tank, revealed that 48 companies in the US that created a more diverse senior management also increased their market share. Hence creating a gender diverse workforce is not only likely to grow profits, but it's also more likely to increase market share.

Reasons explaining why this is the case have to do with gender differences, namely, women collaborate while men compete.

Women managers are more likely to follow through with a good idea even when it runs counter to their narrative while men are less likely to. However most importantly, even the most gifted psychologists have exclaimed they don’t understand women. So how can a weenie with a degree in marketing understand them? By hiring women (who make up a growing share of modern consumers) companies ensure they know what marketing strategy is likely to resonate with women, and what strategy won't. Relatively fewer men with degrees in marketing can offer such insights.

Some of the best products available today were thought of by employees told to tinker with competitors’ products. While using competitor's products, bright employees spotted features they disliked and created new products without such drawbacks. Products ranging from smartphones, kitchen appliances, to cosmetics are created in such a manner. Put succinctly, few cosmetics companies would benefit from a man’s opinion on a range of cosmetics created by competitors.

Other reasons in favour of gender diversity are more subtle and have to do with human preferences. Many of the best in their fields prefer to work in gender diverse organisations. This means that often the best managers when presented between working in a company that lacks gender diversity and one that is diverse are likely to choose to work in the former. Also, the fact that many of the best in their fields are women is another reason to appoint women to leadership positions.

Appointing women in an organisation is important for earning higher profits because doing so allows challenges to be viewed from fresh perspectives and because top performers prefer to work in diverse settings. It also allows an organisation to better understand women’s needs and how to market products to them. However, there are few caveats to getting the most out of a workforce.

One such caveat is that women hired by a company must be allowed to voice their opinions. A company that has a command-and-control culture may not be able to achieve its fullest potential despite hiring women and appointing them to important positions.

All employees in an organisation, including women, should be able to openly share their viewpoint and express their opinion to truly take advantage of gender diversity.