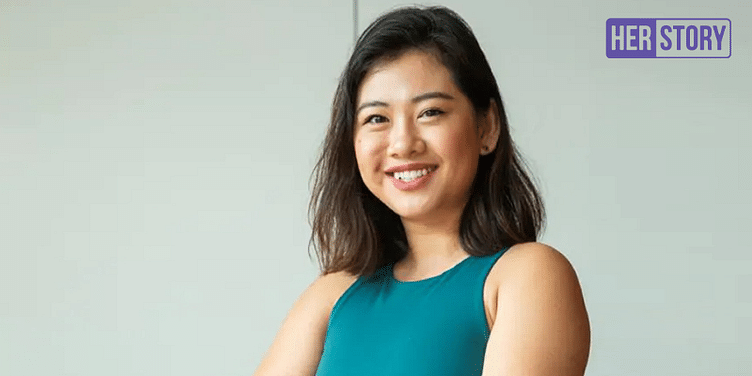 Founded by Pocket Sun and Elizabeth Galbut in 2016, millennial venture capital firm SoGal Ventures is championing for diversity and inclusivity in entrepreneurship.

In 2016, Pocket Sun and Elizabeth Galbut founded SoGal Ventures, a women-led millennial venture capital firm. It invests in diverse founding teams, focussing on seed and Pre-Series A companies in the US and Asia.

With over 60 investments in startups like Swaay, Function of Beauty, Wheelys Cafe, and Anomalie, SoGal has over 70 mission-aligned Limited Partners (LPs) from North America, Asia, and Europe, including entrepreneurs, VCs and angels, executives, and family offices.

Some SoGal portfolio companies have also been acquired like Tueo Health by Apple, Progressly by Box, Kitt.ai by Baidu, and GuavaPass by ClassPass.

It has 40 not-for-profit chapters in five continents that focus on closing the diversity gap in entrepreneurship and investing. These also work on the annual pitch competition, which was first held in Silicon Valley in 2015.

HerStory caught up with Pocket Sun, the Co-founder and Managing Partner of SoGal Ventures, to know more about the firm. We also spoke with chapter heads Damilola Thompson from Lagos, Amanda Coopersmith from the US and Karina Shah from India to understand the challenges women entrepreneurs face in these geographies, especially with funding.

Featured on the cover of Forbes at the age of 24, Pocket Sun is an advocate for diversity, and a disruptor in the venture capital space. She has a Master’s degree from the University of Southern California in Entrepreneurship and Innovation.

That’s not all. She also wanted women entrepreneurs to have more access to funding. Pocket says, “Because only 2.2 percent of venture capital funding goes to women CEOs, Elizabeth Galbut and I started this fund to create a long overdue paradigm shift for undervalued and undercapitalised entrepreneurs. We were both frustrated about the VC industry because 90 percent of investors are men with similar socioeconomic and educational backgrounds. This creates an immense barrier for diverse founders, who are solving pain points for women and other minorities. We felt we couldn’t find a job in VC to change the industry so we decided to start our own firm and redefine what a VC firm looks like.”

The name SoGal is derived from Pocket’s Los Angeles days. It is a play on Southern California (SoCal) and Gal (women). She quips, “But it has extended way beyond! We’re reaching women from every corner of the world and it’s amazing for me as a founder to witness. As a fund, SoGal Ventures invests in startups with at least one female co-founder and/or targetting the millennial women market.”

Redefining the next generation of entrepreneurs and investors

SoGal’s investment thesis focusses on the future of how people live, work, and stay healthy, placing a high value on the founding team.

The mission, from the very beginning, has stayed the same: to redefine the next generation of entrepreneurs and investors. Since then, we’ve grown to two sister entities - SoGal Ventures (VC fund) and SoGal Foundation (a non-profit). We’ve supported the smartest women changing the world for the better. We’re at the end of our $15 million fundraise, and have been backed by some of the best entrepreneurs, brands, and investors we admire. We’ve also educated and convinced millennial women to become investors in our fund! This means a lot to me.

Each chapter head have been driving the agenda - supporting women led startups. HerStory spoke to them to understand the lay of the land and the challenges women entrepreneurs in these regions face and how SoGal is supporting them.

“Mentorship, access to working capital finance and talent are the major challenges faced by women founders in Lagos,” says Damilola Thompson, Co-lead for the SoGal Nigerian chapter. She is also the Senior Counsel - Legal, Compliance, and Corporate Development of EchoVC Partners.

Damilola has over 10 years of legal experience and is passionate about startups and venture financing. Giving us an insight into women founders in Africa, she says,

"Women founders in Africa are not limited by sector and we see many women in fintech, logistics, media, healthcare, ecommerce. Their desire to go beyond the typical roles in which you find women work is a core motivation for us to support them.

“Africa is a unique market and there are challenges with every sector. We encourage women to find niche areas and dominate, and not be blown away by the hype around any particular sector. This gives them more room to innovate and think deeply about their plans and strategy," she adds.

Venture capital in the US is ‘white and male’

Amanda Coopersmith is passionate about helping SoGal in both New York City and San Francisco for she feels that it is important to work on both things - who is founding businesses and who is funding them.

According to her, women entrepreneurs in the US are still massively underfunded, with only two percent of venture funding going to female-founded businesses, and a very small piece of that to women of colour.

Venture capital is still predominantly white and male. Unfortunately, VCs are more likely to invest in entrepreneurs that look like them, have similar ideas to them, and come from their networks. This continues to sideline women and other underrepresented founders.

“There’s also still a fair amount of sexual harassment against female founders due to the power imbalance between male funders and female founders. I believe one of the biggest issues is that people believe that we’re much farther along than we are in terms of diversifying entrepreneurship. There’s been a lack of actionable steps to actually address the problem. It is exciting to finally see some shifts over the past few years as female founders have started speaking more openly about their experiences and there has been more public focus on venture firms and the way they operate,” she adds.

In New York, some companies that SoGal Ventures has invested in includes SWAAY Media, Hello Ava, Unbound, and Werk.

Amanda, who currently works for a non-profit StartOut, is dedicated to helping LGBTQIA+ entrepreneurs get resources they need to accelerate their businesses. She also agrees that exclusive funds such as a fund for black women are important.

“But in terms of overall capital, they are still a tiny percentage of the overall ecosystem. A lot of these funds have been started by women and other folks who have been shut out of the top ranks of the venture ecosystem. So, they’ve decided if they can’t get a seat at the table, they’ll start building their own table. As of now, these funds don’t have the capacity to support a ton of businesses. However, I think these funds have been vital in shifting public perception on who we see as innovators,” explains Amanda.

For example, Arlan Hamilton, Founder of Backstage Capital, primarily invests in founders of colour. She doesn’t call the founders she invests in “underrepresented” or “underprivileged”. Instead, she calls them “underestimated”. Arlan has been a vocal advocate investing in these founders, saying what she does is not a hand out - it’s an economic opportunity that most funds are overlooking.

The Bengaluru chapter, headed by Karina Shah, was set up this year. Karina has been a part of the Portfolio Management team at 3one4 Capital, an early-stage venture capital firm based in Bengaluru. She has also worked in the Transfer Pricing team at EY and at the Valuation Division at PwC.

She tells us that one of the primary challenges for women entrepreneurs in India is balancing professional and personal lives. The other challenge, she feels, is conditioning.

Karina says, “I would say the conditioning that it is not right or “womanly” to state your point of view openly. It is considered loud, brash, and disrespectful. But for a man, even if he makes no sense, he is considered strong and smart.”

Like other chapter heads, she meets women entrepreneurs to identify great startups from India for the annual pitch event. “Startups from over 40 cities are applying and the most promising ones will meet in San Francisco in early 2020,” adds Karina.

Since funding is one of the key challenges for women entrepreneurs, it does help to have women investors. Amanda says, “I think one benefit of having female investors is that they may share experiences and viewpoints. This can be very helpful, especially when your product is focussed on female consumers or solves problems that primarily or differently affect women.”

And as Karina adds,

Even if they don’t invest in the women founded startups, they are invaluable sounding boards. I’ve seen examples of such help and mentorship. It would be great so see more of this help and mentorship eventually translating into actual cheques.

With steps like these, maybe funding for women entrepreneurs will finally increase exponentially next year.

[Exclusive] How much venture capital did women-led startups in India raise this year - the 9-mo...