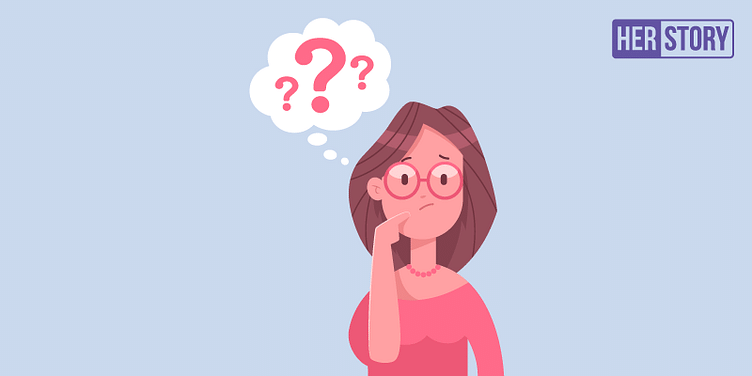 Trans women hear intrusive and insensitive comments and questions everyday, because of their identity. Here are a few common ones you should steer clear of, and how you can be a better ally to them.

In a world where being cisgender and heterosexual has been the "norm" for ages, coming out as a part of the LGBTQIA+ community can be a daunting and confusing experience for many.

And when someone comes out as transgender, whether to you personally, or on a public platform, there may be a dozen questions you want to ask.

But before blurting them out, or passing insensitive comments, it’s important to think again, and ask yourself whether you would like someone asking you those questions, or calling you those names.

Although it may take you a while to understand what being transgender means, it doesn’t take much to respect the other person’s identity, and let them live in peace as another human being.

HerStory reached out to a few transgender women and asked them about some common questions and comments they are tired of hearing, and what people can do or say to make their lives better.

You’re just a confused gay guy; How can you be straight if you’re trans?

“Being gay is a sexuality, and being trans is a gender identity. If someone is unaware about the difference, there are better ways to ask, or do some research by themselves. Keep your prejudice aside and put yourself in our shoes before commenting,” says Anaika, a 24-year-old student.

You look fake; You look like a man; If you didn’t have this certain feature, you’d look like a woman.

A trans woman does not have to subscribe to typical standards of beauty. She knows exactly how she looks, and does not need anybody to tell her how she can “look more feminine” or more like a woman. No matter what she looks like, her identity as a trans woman is valid, and must be respected.

You are not like other girls; You are not a real woman; You can’t have kids, though.

"The definition of womanhood is so varied. Some define it as the ability to bear children, and some may define it as the ability to carry oneself in a feminine way. With all the definitions and stereotypes that exist, I am a woman - uterus or no uterus, beard or no beard. And I believe every woman has the right to define her own womanhood,” says Trinetra, a 22-year-old student.

Trinetra also points out that many doctors try to push trans women to have additional surgeries and procedures to make them look more feminine, even if they haven’t been asked for their professional opinions.

There are millions of transgender people around the world, and each of them looks different. There is no standard way to “look trans.” There are some trans women who pass as cisgender, some who don’t, and some who don’t even want to. Trans people have the liberty to identify themselves the way they want to, without others policing them.

What do you have down there? I would have dated you if you had the surgery/didn’t have the surgery.

“It’s often the dynamics of power, when it comes to men. I often experience this sort of discrimination, because there is already an expectation of how a trans person should be. They often expect us to fit into a box and go through a rushed transition with hormones and surgery. What they don’t understand is that the if, how, and when of our transition is completely up to each individual.”

When someone comes out as transgender, they are putting themselves out there in a very vulnerable position. Saying “it’s just a phase” trivialises the weight of coming out, and makes the person lose trust. A person’s gender identity makes up a big part of who they are as a person, and that must be respected.

When did you realise you are transgender?

"Cisgender people never get asked when they realised they are cis. So why should I be asked? I have always been a girl, and there was never a specific light-bulb moment,” says Vishakha, a 17-year-old student.

While there are many trans women who are sex workers, hyper-sexualising them and reducing them to a piece of meat is dehumanising and wrong. Trans women are just as human as anybody else, and deserve to be treated with dignity. They have as much right as the next person to keep their sexual preferences private, or make it known to the world. No matter how they choose to carry themselves, it’s never okay to assume or impose.

How you can be a better ally to trans people

If you are an ally, you must be open and loud about it. Being an ally in silence helps no one. If you see a trans person being asked insensitive questions, or being harassed, step in and take a stand. Letting people know that you support the trans community is the first step to being a better ally.

If someone comes out to you as transgender, and asks you to refer to them by a different name and/or pronouns, do your best to comply. Slip-ups are okay, but it’s important that you apologise and get it right the next time.

There are also many resources available on the internet to understand transgender identities. If you still feel the need to ask them something specifically, be kind and mindful. Start by asking whether they are open to answering a few questions about their identity. If they agree, present your question logically, and don’t get your emotions tied up. Don’t jump to conclusions or arguments. And most importantly listen to the answer that the trans person gives you.

Finally, while each individual trans person doesn’t speak for the entire trans community, they come from a place of their own lived experience. And although you may not fully understand everything they say, just let them live peacefully and respect their identity.