Woman entrepreneur Chandana Rao was once a struggling intern in Bengaluru. Aiming to empower other young job seekers from rural backgrounds, the 28-year-old who hails from Narayanapura village is remotely employing them at her startup - Heartists.

Most people in urban India do have the choice, luxury and access of attending well-known universities, and take up courses of their choice. But for those who live in small towns and villages, pursuing higher education without leaving home is difficult, and sometimes impossible.

Founded in 2016, Heartists employs youth from small towns and villages, by allowing them to work from home. Through this, employees and interns are able to build a career, gain financial stability, and take care of their families and responsibilities.

The company is currently bootstrapped but is open to funding in the near future.

Chandana was born in Narayanapura, a small village in the Srinivasapura taluk of the Kolar district in Karnataka. She studied in a local school in nearby, paying a nominal fee, and dreamt of pursuing a career in visual arts. Her father, a postman, and her mother, a teacher, supported their daughter in achieving her goals, and encouraged her to study at a college in Bengaluru.

However, Chandana couldn’t afford housing in a large city like Bengaluru. She recalls the challenges she faced at the time,

“I had a few relatives in Bengaluru, but they were not ready to host me for that long. The fee for the visual arts course was already very high, and I needed a computer as well. My parents had to take care of my younger sister’s education too, so I couldn’t ask them for more. So, I chose to travel from my village to the city, which was around 130 km one way, and it took me five hours to reach by bus.”

Chandana returned home late at night, and completed her assignments between midnight and dawn. She could only manage a few scattered hours of sleep while on the road, because she frequently had to change buses en route.

Despite the struggles, Chandana completed her diploma in visual arts in 2011. After finishing her course, she looked for a job. However, because she didn’t have any mentorship or guidance to help her figure things, Chandana had a hard time.

Finally, in early 2012, Chandana accepted a six-month long internship at a small company in Indiranagar which didn’t pay, but offered to provide her with two meals a day. But to complete the internship, she had to find accommodation in Bengaluru.

To pay for housing, Chandana found a part-time job at a computer centre nearby, and taught basics to a few school students. As she could only teach for an hour in the evenings, she earned barely enough to cover the rent.

“The centre paid me only Rs 1,500, but it was enough. I paid Rs 1,300 as rent, and managed with the remaining Rs 200, since I didn’t have to buy breakfast and lunch. I shared dinner with some friends, but I usually just skipped it and went to sleep,” she says.

Chandana plunged into the internship with enthusiasm, and learned whatever she could during the period. Apart from graphic design, she also worked on skills like basic etiquette, and got better at speaking in English.

After completing her internship, she found a full-time job at a multinational company which paid her well. She quickly climbed up the ladder, and won many awards for her creativity, and was promoted in just a year. Soon, she moved on from her job, and joined TCS (Tata Consultancy Services), and worked as a corporate communications manager.

“I knew where I came from, and how much I struggled to reach the position I was in. By then, I even got my sister to live with me in Bengaluru while she pursued her undergraduate degree. Everything had changed, and my life was getting much better,” she says.

Although her life seemed to be on track, Chandana started losing interest in what she was doing. The thought that other young people back home were struggling like her, constantly gnawed at her conscience. She wondered why people from villages and small towns had to face so many challenges just to pursue a degree or find a reliable job, and how she could improve their lives.

In 2016, Chandana quit her job at TCS, and decided to travel solo across small cities in India, a journey in which she also met her future husband. On her return to Bengaluru, she launched Heartists, with the goal of employing people from smaller cities and villages.

"I started up with my own savings. I don't make a lot even today, but to empower my employees and provide them with a good salary, mentorship, and equipment like computers, I need to bring in revenue, and I am looking for funding,” Chandana says.

The company does not have any full-time employees, but has a team of freelancers and interns who work part-time. Chandana mentions working with two mothers on a few projects, and Praveen, a young intern from Madurai who comes from a background similar to hers.

What the future holds

Today, Heartists has over 40 clients across cities like Bengaluru, Delhi, Mumbai, and Hyderabad, and countries like the United States, Australia, Chile, Dubai, and Sri Lanka.

Heartists has worked with companies from industries like food, education, and interior design. And among its many projects, Chandana mentions designing textbooks for Sikshana Foundation, an NGO which works on improving education across government schools in Karnataka.

In the next few years, Chandana says her main goal is to create employment opportunities for as many people as possible, especially women. “All the employees at Heartists will be from rural or small town backgrounds,” she emphasises.

For other women struggling to make ends meet and find stability in their professional lives, Chandana has some simple words of encouragement.

“Don’t lose trust in yourself. Keep going, and keep working hard. You’ll only struggle for some time, and then you will find success.”

From a fistful of rice to a bank, these rural women are on the path to economic transformation 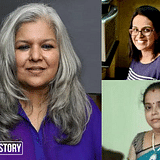 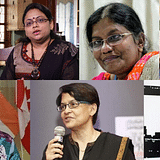 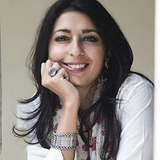 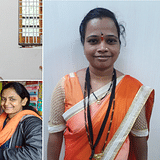 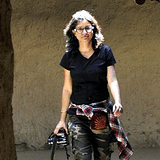