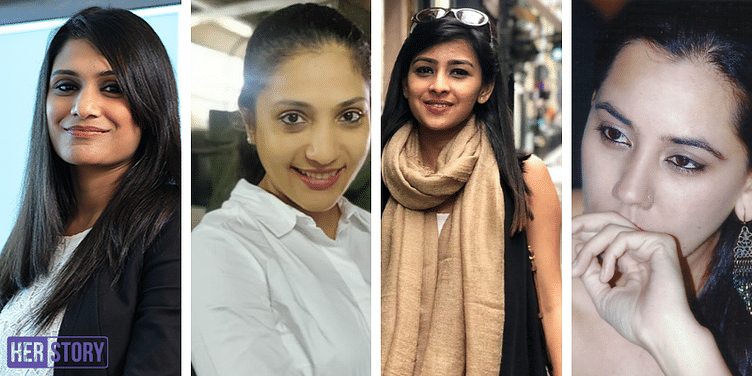 No longer the preserve of the male workforce, meet these women entrepreneurs who, by making their mark in the manufacturing sector, are inspiring others to think beyond the ordinary and follow their passion.

Women in manufacturing, especially in the Indian context, are a rare breed. Even today, manufacturing is associated with physical labour, heavy machinery, union woes, dust and grime, and a hard task at the end of the day.

But things are changing. More women are rising up to the challenge of running factories, and moving into what was previously thought a male-oriented domain. They are also venturing into fields hitherto not preferred by many women, rising up to every challenge and excelling in their calling.

Meet the four women entrepreneurs who, by making their mark in the manufacturing sector, are inspiring others to think beyond the ordinary and follow their passion.

Sheetal Talati was just 22 when she lost her father and had to take over the reins of his company, Pushpa Industries, that is in the business of manufacturing heat transfer equipment. When she took over after her father’s untimely demise in 2017, she was young and lost.

She had to battle offers for a buyout and clients were sceptical if she could rise up to the task. Also, some clients, seeing a woman in charge, did not want to continue their association and backed away. But Sheetal’s persistence and hard work paid off. With eight employees, the team grew to include 18 employees in the core team.

In 2007, the unit had the capacity to manufacture 55,000 coils in a year. Since then, the company has seen an expansion in terms of both labour and machinery. The current installed capacity stands at 3,60,000 coils per annum.

Neha Gandhi is the Director of Stovekraft, which offers two flagship brands – Pigeon and Gilma. The company brings kitchen solutions through a wide range of kitchen appliances and cookware. These include pressure cookers, non-stick cookware, gas and induction cooktops, mixer grinders, chimneys, and hobs, among others.

Pigeon offers over 600 products while around 40 are retailed under Gilma. It is present in 23 states of India and 12 countries in the Middle East, Indian subcontinent, Africa, and North America. The company has its single largest manufacturing facility for kitchen appliances in Bengaluru and another manufacturing unit at Baddi, Himachal Pradesh.

Neha knew joining the business was inevitable, having accompanied her father on international trade trips from the age of 16. Today, she is a director on the board and handles all aspects related to marketing. She also heads an 80 percent workforce at Stovekraft.

Shipra Singh Rana is Promoter-Director of Mesco Airspace and Director – Commercials at Maithan Ispat Ltd. She joined the family business and soared in a space that’s always been considered a boys club. In her stint with Mesco Steel, Shipra worked across the shop floor, spare parts and raw material procurement.

In the aviation business, she was in all different departments – from the purchase of spare parts to operations and finally as MD of Mesco Aerospace. Through her efforts, Mesco Airspace has gradually and consciously moved from operating helicopters to now manufacturing and recycling spare parts.

Though Vinati may have joined the family business, Vinati Organic Ltd (VOL), she had to work really hard to turn it around and make it profitable. After joining the business, her biggest challenge was to turn around their ATBS plant from a loss-making unit into a world-class facility that could take the global competition head-on.

ATBS is a versatile molecule used for making polymers. It has a wide range of applications due to its hydrolytic and thermal stability. Vinati also succeeded in locking long-term contracts with global multinationals that gave the company sales visibility.

VOL, which was mostly sold in the domestic market until then, now exports more than 75 percent to the international market.

Inside the Stovekraft factory in Bengaluru, an 80pc women workforce is driving change