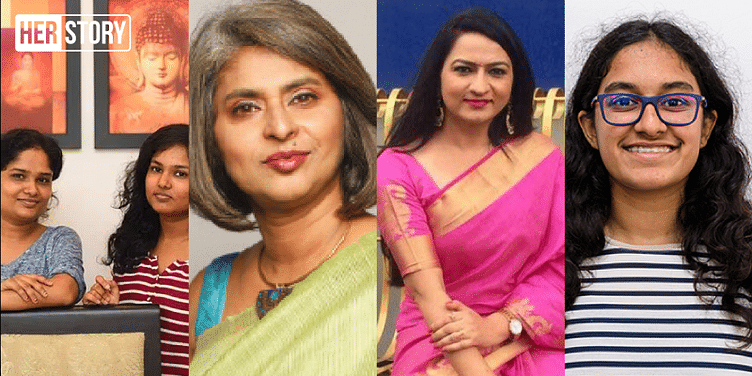 These initiatives launched by women are helping inmates to discover their talents and utilise their time effectively and make an income.

Statistics from the Ministry of Women and Child Development, and as per most recent data available from the end of 2015, there are 4,19,623 persons in jail in India. Women constitute 4.3 percent of this figure, numbering a total of 17,834 women. Of these, 66.8 percent (11,916) are under trial prisoners.

While these women may have been arrested and jailed for committing diverse crimes, what happens to them while in prison? Are they equipped with the right skills so that when they are released, they can re-integrate with society and make a decent living?

Further, this support should continue after release so that these women continue to work on their rehabilitation.

Meet the four women who are changing our perceptions of women inmates, one project at a time.

To give a fillip to the craft market in Odisha, Megha and Shipra Agrawal founded KalaGhar in 2016. The ecommerce platform was inspired by the concept of ‘arte util’ which means useful art in Spanish. Through their initiative, they hope to revive the handicraft industry of Odisha, Chhattisgarh and West Bengal with new product ideas and designs.

The sisters also collaborate with Baripada jail in Mayurbhanj district in Odisha, to conduct a workshop on Sabai weaving for the prisoners. At present, they are working with 25 artisans and aim to add 25 more by 2020.

Through this collaboration, KalaGhar worked with prisoners to teach them new designs and product techniques. They aim to conduct more such workshops to equip prisoners with new skills.

Besides being an entrepreneur, Shipra started helping rural youth to get employment opportunities with various retail stores and MSME in Jaipur. Shipra soon started visiting the central jail in Jaipur and realised that many inmates needed a second chance at life.

She started working with women prisoners by providing them with the training to work as beauticians and taught them to cook and make products out of paper and bamboo. The products were sold at ‘Aashayein, The Jail Shop’, where tourists would buy them and the money would go to the women in prison.

The money earned is either sent to the prisoners’ children for their education or used to hire a lawyer to fight their cases in court.

The academy holds certification programmes to build self-confidence within inmates. It’s a unique initiative that will help women learn self-sustaining skills and equip them with the means to earn a livelihood in their ‘life-after-prison’.

In 2018, 10 women inmates of Tumakuru Central Prison near Bengaluru were trained in the history and art of Tanjore paintings, as part of a rehabilitation effort to become financially independent. This initiative was spearheaded by 14-year-old Nikita Nambiar of The International School Bangalore (TISB), as part of the project titled, ‘The Project Fresh Start’.

The project, approved by the Department of Prisons will be extended to all prisons in the state soon, as per media reports. The project has appointed a teacher to teach this intricate art form to the women inmates.

According to its website, “TPFS uses art as a platform to bridge the gap between punishment and parole for incarcerated women. We believe that we can build resiliency and wellness, eliminate recidivism and transform the incarcerated through art.”

The choices we make determine who we are

[Women in Tech] We need families and workplaces to proactively give women opportunities to learn and thrive: Arya Murali of WITI