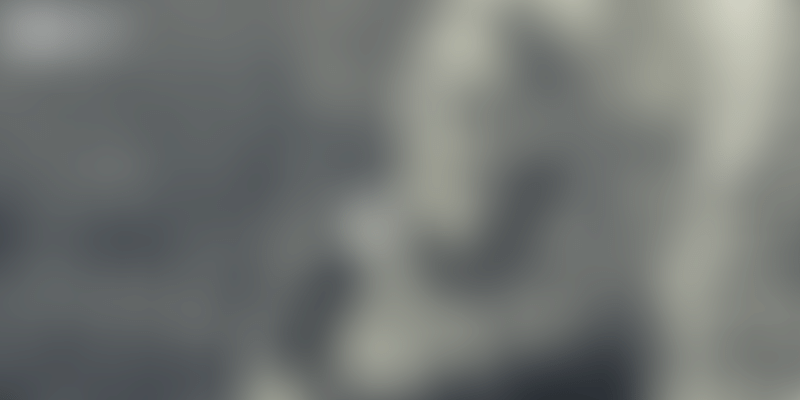 As a cybercrime investigator, Pattathil Dhanya Menon probes all kinds of cases, including cyberstalking and abuse, financial fraud, and data theft, and also raises awareness on cybersecurity. She aims to open a cybersecurity academy in the near future.

Pattathil Dhanya Menon, India’s first woman cybercrime investigator, was fortunate to get started in a rather unusual career at the right time.

It was towards the beginning of the new millennium and cybersecurity and cybercrime were just coming into focus as important issues to be dealt with.

Dhanya got into a “normal” job after completing her BTech from the Open University of British Columbia (via Aptech). She got married, stopped dancing (which she was very good at), and later tried her hand at business along with her husband.

The business failed, she separated from her husband, and was at the crossroads. It was then that her grandfather’s brother suggested she study cyber law, a field that was opening up. She completed a one-year diploma in cyber law from the Asian School of Cyber Law in Pune.

The whole experience was eventful. “Just two months into the course, I was asked to take theory-based classes on cyber law for the police and judicial fraternity. I was the only woman in the crowd. The entire course was an exercise in self-learning; we were given live cases that allowed us to learn a lot as well.”

Soon after this, Dhanya also completed an investigator’s certified course. “It was not easy for me to decide I wanted to study. But my grandfather was with me at every step of the way, helping me with the fees and getting the most expensive books I needed. He was aware of my capabilities and also the subject as he had been an advocate in the Supreme Court,” Dhanya says.

She started getting work as an independent investigator, but it was not enough to take care of her family. No one knew what the job of a cybercrime investigator entailed as the field was still nascent.

“I was just 24 years old and a single mother. Some schools even denied admission to my son as they were not sure whether I could support him with my job,” she recalls.

The years 2004-2008 were a difficult phase in Dhanya’s life. She was not sure where her career was going or whether she was doing the right thing. But her grandfather’s steadfast belief in her abilities made her plod on.

“By 2008, I started getting recognised for my work. I worked as a consultant for different clients that slowly expanded over the years.” Dhanya initially handled cases like mobile stalking, spycam issues, and also corporate investigation like data theft.

With the proliferation of the internet and social media platforms, and the availability of cheap smart phones, cybercrime has increased hugely.

“I started out with eight to nine issues in a month; now my office deals with at least 200-300 calls. These include cyber stalking, cyber bullying, OTP misuse, financial fraud, and more. We investigate from the clients’ side and do not have the freedom to use a third-party domain. If it’s a police complaint, on request from them we can investigate. We constantly help with requests from Ministry of Women and Child Development, the police force, child helplines, etc,” she adds.

Dhanya reveals that sometimes the cases are tough emotionally. Without revealing specifics, she says there have been certain aspects of her job involving children and women that have been very distressing, and have made her feel that her personal problems are very small in comparison.

No anonymity on the internet

She cautions all those using the internet and social media there is no anonymity that you can hide behind.

“If you think you can say anything on social media and get away with it, you are wrong. Once on the internet, forever on the internet. The confidence hum tak nahi aayenge will not hold good.”

Dhanya operates out of her office in Thrissur, Kerala, and also runs an NGO, Cyber Awareness Programme (CAP), which partners with schools in Tamil Nadu and Karnataka to raise awareness on cyber safety.

She believes it’s important to first learn the space well. “There is a lot of interaction and traffic and so accidents are bound to happen. Be aware of what platform is useful to you and use only that. Don’t follow the crowd. Remember 99 percent of information is junk. Also, parents need to limit screen time at a young age.”

She says studies show that screen addiction is worse than substance addiction. She adds that people are reluctant to report cyber abuse. Children are scared that if they report cyber abuse, they will be stigmatised by peers and adults. The other side of the issue is that justice is not served at the speed at which the crime is not happened.

Dhanya is happy that cybersecurity is now being taken seriously by people and authorities. “I remember an instance when we had asked for computers to be confiscated. The police just brought the monitors and left the CPUs behind. Things have changed a lot since then,” she says.

Nothing glamorous about it

As India’s first woman cybercrime investigator Dhanya often gets asked if she is in a glamorous job. “Some call me the female Perry Mason. I think why I should have a male name; why can’t I be Agatha Christie?” she says with a laugh, adding, “The job is not easy as one imagines it to be. There are no fixed working hours and I have to travel often.”

In the future she is looking at opening a cybersecurity academy and maybe even a research centre.

“I did not know what I was getting into. The profession chose me. That makes me more responsible. I wanted to do something different and not follow the crowd,” she says.

4 types of cybercrime that everyone should know about

At 22, this woman entrepreneur lost her father, took over his business, lost many clients, but ...

From being the youngest chief nutritionist in India, to helping 10,000 people battle weight-issues “over email”: Meet Khyati Rupani