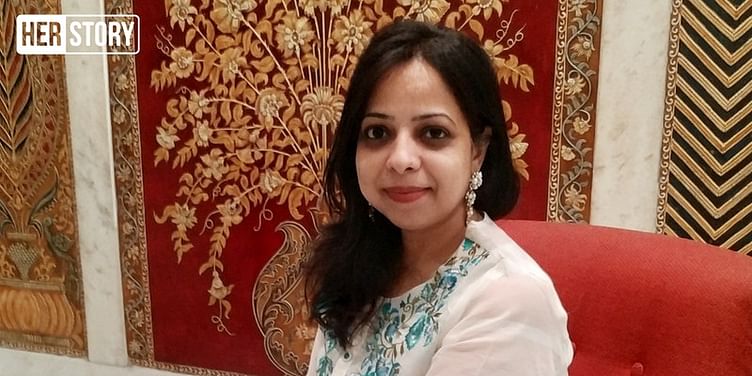 Founded in 2015 by Savita Garg, online coaching startup Eclassopedia employs over 350 teachers, most of whom are women restarting their careers.

A passionate educator, 38-year-old Savita Garg founded Eclassopedia in 2015, aiming to help students study the subjects they love, and give women who are tied up with responsibilities another chance at a career.

Based in New Delhi, Eclassopedia hosts over 300 teachers, most of whom are women restarting their careers. The startup enables students across India and around the world to interact with teachers online and access lessons no matter where they are.

With an initial investment of Rs 5 lakh, the startup recorded a revenue of Rs 44 lakh in FY 18-19, and is aiming to cross Rs 1 crore by the end of the current fiscal year.

Speaking to HerStory, Savita talks about her journey from homemaker to entrepreneur, and how she empowers other women.

The platform brings students and tutors across a wide array of subjects together for online study sessions, with a live video chat and virtual whiteboard. It offers lessons in over 50 subjects, including languages like Spanish, French and Portuguese, for students from class 1 all the way to those pursuing their Master’s.

According to Savita, Eclassopedia was born out of the need for a common platform on which tutors and students could interact without any hurdles.

“The intrinsic characteristics of e-learning are the key motivational drivers for students to adopt online education across countries. Students count convenience, ease of concentrating at home, and reduced travel time as their top reasons for pursuing online courses,” she adds.

The e-learning platform hosts over 300 teachers, and caters to over 600 students in over 30 countries, including Singapore, the US, and the UK. Priced between Rs 500 and 1,500 per hour, it provides personalised classes according to each student’s need, level, pace, and curriculum.

Once a student completes a demo class with a teacher of their choice and opts to take up regular classes, parents book the sessions on a monthly basis by depositing fees in advance. Students usually take classes on the platform for eight to 10 months a year.

Most of the teachers on Eclassopedia are women, and mostly work from home.

On the impact that this opportunity has had on them, Savita says,

“These are women who had to quit their jobs after getting married or having children, or because of certain social and family responsibilities. They feel happy and grateful for an opportunity like this, as they are able to resume a career they had to leave behind despite being educated and qualified.”

Savita herself teaches Hindi on the platform.

Savita was born in the small district of Sawai Madhopur in Rajasthan. Growing up, she was a bright student, passionate about pursuing subjects including languages like French and Spanish. But living in a small town limited her opportunities to excel further.

“I realised that students living in small towns could have an equal opportunity to learn languages and grow, irrespective of their location. I wanted to become an academician and open an educational institution to make sure the young generation from small town didn’t have to face difficulties,” she says.

Although Savita came up with the idea to start a platform like Eclassopedia back in the early 2000s, she had to put it on the backburner until 2015 because she got married and had to take care of her two children.

In 2014, things began looking up for Savita, when she joined a public school to teach Hindi. However, this new responsibility made it difficult for her to take care of her home and children, and she eventually quit her job.

She soon realised it wasn’t just her, but many other women struggled to get back to work after marriage or having children, and wanted to launch a platform that would make remote learning easier, and help women restart their careers at the same time.

The next year, Savita braved all odds and launched Eclassopedia.

When Savita initially brought up the idea of becoming an entrepreneur, there was some resistance from her relatives, because they thought it would negatively affect her children’s upbringing.

Being new to the online education industry, Savita faced the challenge of not having enough knowledge about technology. She also lacked a high-speed internet line and good faculty, to begin with. Also, introducing a relatively new concept to the market came with its share of acceptance and trust issues.

Over the years, Savita has been able to efficiently run a startup, has become well-versed with technology, and is balancing household responsibilities with her husband.

In 2017, she also got the opportunity to be mentored by WEE (Women Entrepreneurship and Empowerment), an initiative by IIT Delhi to strengthen the ecosystem of women entrepreneurs.

On what she loves about being an entrepreneur, Savita says,

“I feel proud to be realising the dreams of those women who cannot go outside and work. Now, they are financially independent with a feeling of accomplishment. It’s a nice journey from being a regular homemaker to becoming an entrepreneur, as it gave me financial independence and social reorganisation.”

Through Eclassopedia, Savita aims to provide world-class education to students no matter where they live. In the next few years, she aims to make her startup India’s best online learning platform, and expand its reach around the globe, among other similar platforms like Vedantu and Meritnation.

To other budding women entrepreneurs, Savita has some advice,

“Believe in your dreams and ideas, and start your journey today. My three mantras of success are - continuous upgrading, hard work, and learning from my mistakes.”