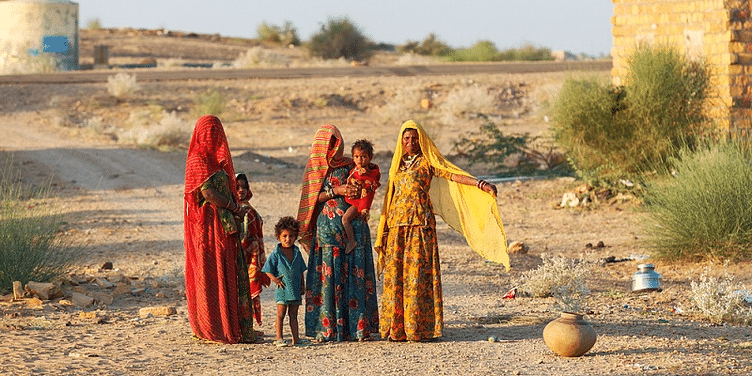 A study published in the Nature Climate Change journal on November 25, says that climate change poses a threat to women's agency, decision-making, and contributions to adaptation strategies.

A study published in the Nature Climate Change journal shows that climate change is affecting women’s agency in Africa and Asia. The study draws data from 25 qualitative case studies across three hotspots in the two continents and uses qualitative comparative analysis to show how climate change is more brutal for women.

The supercharged fires in California, wildfires, and drought in East Australia, flooding in Venice, and many other climate change induced weather changes are threatening people across the globe. Without proper adaptation, loss of lives, homes and livelihoods, crop damage, food scarcity, loss of farmland and natural habitat, animal habitat and more are becoming common. Even with increased climate crisis awareness, by scientists and climate activists like Greta Thunberg, Jane Fonda, and many more, we still face burgeoning possibility of losing the battle against climate change.

One of the key findings of the study is that environmental stress is a key depressor of women’s agency even when household structures and social norms are supportive or legal entitlements are available.

In East Africa, for example, the men who earlier travelled 15 to 30 kilometres in search of water for cattle, now travel up to 150 kilometres and don’t return home for a long period of time. Earlier, women travelled with men, to milk the cattle and use the milk for their family and for commercial selling. But, now they are left behind without the extra income from selling milk and undertaking more responsibilities of home and income.

In India, the dynamics are even more complicated, suggests the study. Men in agriculture plant the seeds and get the crop going and move to the city to find construction jobs or petty work. This leaves women to tend to the fields, do other farming work, along with childcare and household activities. Women struggle to support their own families when burdened with all these responsibilities.

Climate change is bad news for all. However, women will be adversely affected by the crisis, says the study. It suggests that with the right strategies in place, it gives us the opportunities to confront long-standing gender norms and give women the agency they need to not only weather this crisis, but to thrive.