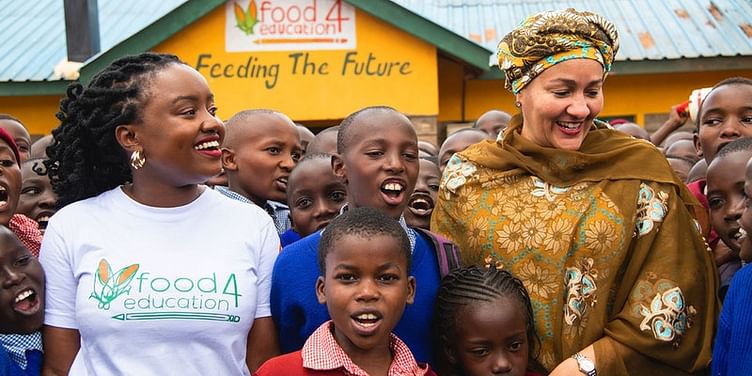 UN Deputy Secretary-General Amina Mohammed believes that the achievement of Sustainable Development Goals can only be possible if promises made 25 years ago at the ICDP summit in Cairo to millions of girls and women are fulfilled.

UN Deputy Secretary General Amina Mohammed called for “gender equality, women’s empowerment and women’s rights to be integrated at the heart of global efforts to achieve a sustainable future for all.”

She was speaking at the Nairobi Summit on ICPD25, a summit to mark 25 years since the International Conference on Population and Development (ICPD). The Nairobi summit was a gathering of delegates from various countries to examine the progress of Programme of Action that was decided 25 years ago at Cairo, Egypt.

The Programme of Action placed “individual dignity and human rights, including the right to plan one’s family, at the very heart of development”, according to the UN Population Fund (UNFPA).

Speaking at the summit, Amina says that the adoption of commitments made at Cairo have had “significant gains”. However, the progress is fragile and millions are still being left behind.

“The world is still a difficult, and often dangerous, place for hundreds of millions of women and girls,” she said.

She called attention to practices that still befall girls and women across the world, including maternal mortality and child marriage. She highlighted the plight of five million pregnant women displaced by conflict or disaster who require medical care, while more than 230 million women worldwide who cannot prevent pregnancy due to no accessibility to contraceptives.

We stand in solidarity with the women who die giving life, with girls forced into child marriage, with girls whose genitals are cut & with the nearly 1 in 5 women/girls who are assaulted/lose their lives at the hands of a partner/family member each year. #ICPD25 #KeepThePromise pic.twitter.com/lhIpnwsd2L

She urged countries to take urgent action to tackle these issues. “We urgently need to mobilise political and financial momentum to advance the ICPD agenda, particularly around harnessing the demographic dividend, reducing preventable maternal and child mortality and the unmet need for family planning, and eliminating violence and harmful practices against women and girls,” she said.

In conclusion, Amina believed that achievement of Sustainable Development Goals (SDGs) would only be possible when the promise made to millions of women and girls 25 years ago are fulfilled.

“So, as we enter a Decade of Action for the delivery of the SDGs, let us seize this opportunity to build momentum and firmly integrate gender equality, women’s empowerment and women’s rights at the heart of our efforts to implement the 2030 Agenda,” she added.