Top 6 international organisations that are fighting for human rights 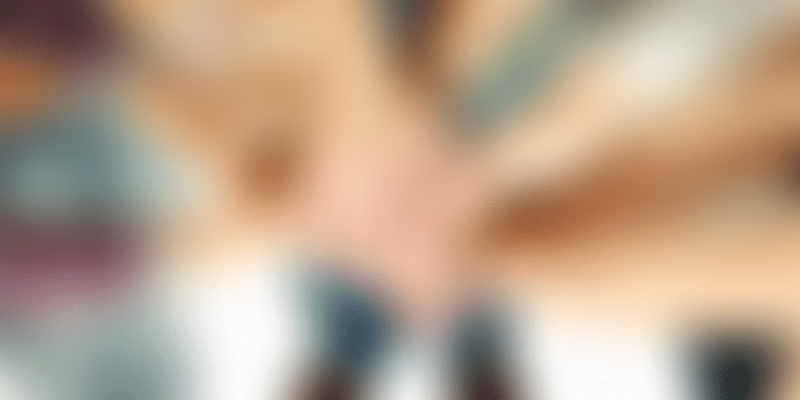 If you Google ‘Human Rights Declaration’, you’re bound to come across a picture of Eleanor Roosevelt holding a chart paper-sized document that changed the world. After being adopted on 10 December, 1948, this more-moral-than-legal document produced a series of 30 articles that went on to redefine the world by providing awareness of the fundamental rights and freedoms a human being is due by other human beings. While this may not be the concluding chapter of all violence and wars, it has influenced several nations from around the world to follow it as an example.

Our world is a product of wars that were fought long and hard to bring the peace we experience today. Although, wars are not the only harbingers of violence in this world; there are daily atrocities committed in parts of the world that desecrate human rights. War crimes, physical abuse, torture, child labour, violence against women, the list goes on. This is what led to the formation of several organisations around the world that decided to fight for the victims of such violations. Apart from the United Nations, several non-governmental organisations and suchlike are working towards redefining what we see as human rights in the world today. Here are some of the top organisations that work towards maintaining human rights all over the world.

A part of the United Nations Secretariat, the OHCHR is the human rights official of the United Nations. It works to promote human rights under the international law, specified by the Universal Declaration of Human Rights in 1948. Founded in 1993, Geneva, the OHCHR aims to promote a society that is aware of human rights and the violations that it faces. It works towards spreading peace through dialogue and participation. Its main projects are associated with practising human rights in civil societies and working with the International Criminal Court. Presently, the head of the OHCHR is Prince Zeid bin Ra’ad, a renowned diplomat who played a big role in establishing the International Criminal Court.

Established in 1982, HURIDOCS is a globally renowned organisation that aims at improving the information handling capabilities of organisations in mostly developing countries with regard to human rights. It functions with a vast decentralised open-ended network of organisations by facilitating a supply to tools and methods for monitoring human rights with around 150 nations. This includes creating formats that can record and exchange information on documents that state human rights violations around the world. Among its many services, HURIDOCS provides consultation and support for the creation and maintenance of information systems; it also provides workshops and training courses on the same.

CRIN is an international network that aims at monitoring child rights by circulating information of child rights and its violations. It was established in 1991 by Rädda Barnen, a Swedish venture for child rights, and a non-governmental organisation (NGO) called Defence for Children International. It works with more than 2,000 members in 130 countries, focussing mainly on African nations. In their website, CRIN states that they aim at all parts of society to promote the cause of child rights. “We do our best to empower local people to campaign for children’s rights in their country and promote the use of law as a powerful advocacy tool,” they state.

The world’s largest coalition of non-governmental organisations, OMCT is a unit for human rights that fights against violence. It tackles arbitrary detention, forced disappearances, summary executions, torture, and other forms of violence. It aims at eradicating torture and violence against humans with human rights. They prevent and report torture by providing personalised medical, social, or legal aid to victims of torture and abuse and ensures that there is intervention in these respects wherever required. Their main activities include creating comprehensive reports that contribute to the functioning of the United Nations, and setting the bar for the strengthening of international norms for the protection of human rights. They have specific programmes aimed at providing their services to vulnerable groups such as human rights defenders, women, and children.

Amnesty International is an international NGO that “takes injustice personally.” Focused on championing human rights, Amnesty International was founded in London, 1961. Its story is inspired by founder, Peter Benenson who fought against the unjust detaining of two Portuguese students by writing The Forgotten Prisoners, which went on to be published in The Observer. It called for “common action” and campaigned for an “Appeal for Amnesty, 1961” in citing the Universal Declaration of Human Rights.

With an emboldening stronghold, it aims at protecting human rights, mobilising public opinion and dialogue, and pressurising governments to take action against these. “We are campaigning for a world where human rights are enjoyed by all,” they state in their website. They have received the Nobel Peace Prize in the field of Human rights.

AWID was founded in 1982 as an organisation committed to achieving gender equality and women’s rights around the world. This feminist organisation is a collective of professionals from around 15 countries from around the world fighting to champion women’s rights. They aim to facilitate a movement that is based on feminist perspective, that is, to achieve an equal status between the genders. They envision “a world where human rights and freedoms, environmental sustainability and gender justice are a lived reality for all people and the planet,” as stated in their website.