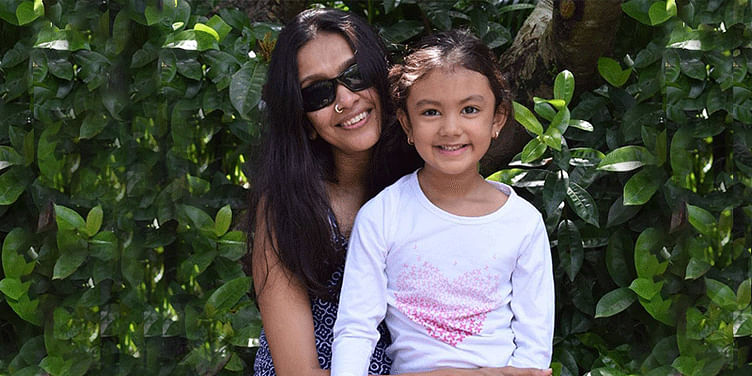 After working as a senior creative director at a multinational advertising agency, and spending a decade in the industry, Sheetal Parekh felt it was time to take the entrepreneurial plunge.

Coming from a family of doctors, she graduated with a Bachelor’s degree in Life Sciences and Biochemistry, and also had a diploma in Creative Writing from Columbia University.

While Sheetal had multiple options to explore, she decided to explore the education field.

She says: “I found out that girls were not taking up STEM subjects for higher studies. One of the reasons was that typically, girls are exposed to toys and games that are centered around dolls, art and craft, and makeup. Moving beyond that was long overdue,” Sheetal says.

This led to the birth of The Pretty Geeky in November 2018. The Mumbai-based startup offers card games that help reinforce STEM (Science, Technology, Engineering, and Math) concepts in a way that appeals to children. “My love for creativity and STEM subjects came together seamlessly,” Sheetal says.

Registered under the proprietary company Mother Nature, The Pretty Geeky’s games, made for children between ages five and 11, help in critical and analytical thinking, creative strategy, and teaches important life skills through non-screen learning and play.

Where did it all begin?

In early 2018, when Sheetal started researching for her 10-year-old daughter’s education, she realised the toys available in the market for girls were not designed to teach them to solve, strategise, build, and conclude. In an attempt to introduce different concepts to her daughter, Sheetal started conceptualising and making DIY games.

Sheetal says that her greatest challenge was spreading awareness among parents. To spread the word, she started posting details of these games on social media. Soon, parents of her daughter’s classmates started approaching her. The idea further got a push when a Mumbai-based educational and consultancy services company approached Sheetal to share the worksheets and DIY ideas. Hence, by the end of the year, The Pretty Geeky was registered as a company.

“I designed these games keeping girls in mind. These games are gender agnostic and it’s flattering to get feedback on how many boys enjoy it as well,” Sheetal says.

With an initial investment of up to Rs 2 lakh, Sheetal set up an office in Mumbai to dive into her entrepreneurial journey. Today, she has a small team of five people who are working on the design, social media, and the online marketplace. There are others who work on a project basis, but Sheetal says, “While I am the founder, I happily play errand girl whenever required.” She is also responsible for conceptualising the games.

Right now, The Pretty Geeky has five card games - three in Math and two in Science - each helping reinforce a different academic concept through games. Each game has 45 to 80 cards. While the Math games are priced at Rs 450 each, the Science ones are priced at Rs 499 each.

In Science games, it offers Drippity Drops, which is about the water cycle, and Matter Hatters teaches about the changes in matter.

Each game comes with a unique story and is based on three characters. “Children enjoy and understand characters better when explained through storytelling,” says Sheetal.

While meant exclusively for children between ages four and 11, The Pretty Geeky also targets primary teachers and schools who can use the games as teaching tools.

With educational and consultancy service companies buying into the idea, today four international schools in Mumbai, Pune, Nashik, and Goa are using these games.

According to a report by TechNavio, the STEM toys market is expected to grow at a CAGR close to 5 percent, to be valued at more than $914.37 million during 2019 to 2023. Given that most careers in future will need proficiency in at least one STEM subject, today there are plenty of players in the market catering to this need.

At present, The Pretty Geeky competes with the likes of Smartivity, Zephyr Toymakers, and Playshifu among others.

However, Sheetal believes there is a differentiator. The most important one being convenience.

“Our card games are easy to carry and play. They encourage critical thinking, and analytical reasoning,” she says.

The bootstrapped startup has so far sold up to 1,000 units of these card games. It has been building its brand mostly through word of mouth and by participating in exhibitions and taking to social media and press.

“We will be looking into getting certain skill sets and expertise in the domain and expand our offerings, which may involve a round of funding.”

Currently, the startup’s main focus is to increase the brand awareness and sales. The team is working on technology and coding-based games, which it plans to launch soon. Further, it is also in talks with a few children’s hospitals and banks, which want to make the card games a part of their welcome kit.