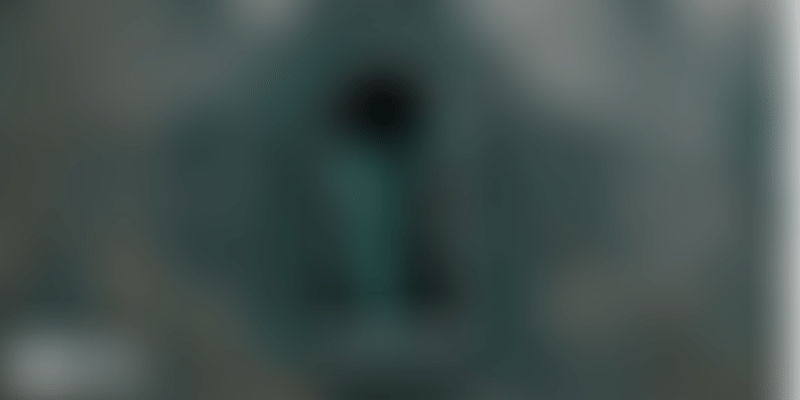 Most victims of domestic violence don’t speak up because of fear of humiliation or being ostracised. HerStory reached out to survivors and mental health and legal experts for a deeper understanding, and how help can be sought.

Malti* works as a domestic help in the suburbs of Mumbai. Married for 15 years, the 35-year-old has two children, aged 14 and 12. She works in five different households and is the sole breadwinner of the family. While her husband holds a job as a security guard in a nearby apartment building, he squanders all that he earns by drinking. But it does not just stop at that. He comes home drunk and regularly abuses her both physically and verbally. Malti bears it all silently. She’s uneducated and this is the only life she has known. She does not know of any recourse to her problem.

Ritika* is a home-based entrepreneur based in Chennai with one son, who is studying abroad. Her husband holds a top position in a corporate organisation. He has anger management issues because of which he abuses her on the slightest pretext. The 45-year-old keeps quiet because she says no one would believe her, and also that it would “bring shame on the family”.

Sanjana*, from Bengaluru is in a long-term relationship with her boyfriend of eight years. Extremely possessive, he resorts to physical abuse whenever he finds her interacting with another male. He has complete control over what she does, and dictates that she does not do anything without his permission. The 33-year-old, however, believes love trumps everything and things will improve.

Though Malti, Ritika, and Sanjana may be different when it comes to education, employment, lifestyle or societal status, their suffering and pain due to domestic violence remains the same.

According to the NFHS-4, 2015-16 (National Family Health Survey), 30 percent of women in India have experienced physical violence since the age of 15.

On the injuries women have sustained due to spousal violence, eight percent have had injuries to the eye, sprains, dislocations, or burns. Five percent reported deep wounds, broken bones and teeth, and other serious injuries.

Despite the alarming number of women who experience domestic violence, few seek help. The survey states that only 14 percent of women sought help between 2015 and 2016 - a steep decline from 24 percent in the NFHS-3 (2005-06).

HerStory reached out to a psychologist and a lawyer to share their experiences and provide a deeper insight. We have also compiled a list of helplines women can use to report domestic violence and seek help.

Recognising the signs and seeking help

NHFS data also shows that a majority of women who suffer from domestic violence do not share it with anybody or seek help.

Saiber Shaikh, mental health counsellor, who is currently pursuing her MS in Mental Health Counselling in the US, explains the situation most women are in.

“Seeking help is not as easy as it sounds for most victims of domestic violence. What we don’t realise is that the perpetrator is not a stranger but someone they love. And that creates this conflicting idea about what seeking help would entail and what domestic violence looks like. Domestic violence works in a cycle of tension, violence, and love. There is that tension that something may happen and the perpetrator controls the victim by that fear. And sometimes that fear is right, as a violent outburst happens. What comes after that is sincere apologies and making up which kind of confuses the victim into inaction. Because the perp is ‘better’ now, he/she/them ‘didn’t mean to do it’, ‘it’s just the stress’, or ‘it won’t happen again’. Until it does.”

Saiber outlines that some signs are obvious like bruises and injuries, but again, most of them go undetected due to the psychological and emotional nature of the abuse.

“The first thing to do is to talk about what is happening and having your trusted circle know about it. Making a plan to get away and be safe. There is a high risk of escalated violence when victims leave the domestic violence situation. Hence ensuring safety is the primary concern,” she advises.

For those wanting to offer support, she asks them to do so with empathy. “A lot of time people have a hard time believing the occurrence of violence. Do not let the first thing you say be, ‘I can’t believe it, he was such a nice guy.’ Victims of violence are often isolated from their support system and manipulated to think that they are alone. So, your support can be their way out of the domestic violence situation,” she adds.

How the law helps

The Protection of Women from Domestic Violence Act, passed in 2005, was the first legislative attempt to define domestic violence in broad terms. This moved the discussion away from a limited definition of domestic violence as physical violence to a definition that included various aspects of violence - emotional, verbal, sexual, and economic. Data indicates that domestic violence is still prevalent to a large extent in our society.

Vibha A Setlur a practising advocate in Bengaluru, and Co-founder of LegalChap.com, explains, “Under this Act, a woman can seek maintenance, safety from abusive in-laws and husband, right to residence, etc. The same can be filed under various sections of the Act.”

Though the court process does take time, Vibha says that any interim prayers to the court such as interim maintenance shall be looked into expeditiously by the court.

“It depends on various factors – the lawyers, judges, and the prompt appearance of parties. In cases of domestic violence, the matter is initially referred to mediation for an amicable settlement of the dispute, and to see if the marriage can be restored along with the safety of the woman. If not, an amicable settlement of maintenance and other aspects are entered into in these mediation sessions. The clients have to make good use of these sessions and have to attend them promptly and settle the matter in order to get justice swiftly,” she adds.

Where you can seek help

There are a number of NGOs in India to help women suffering from domestic violence. They help rehabilitate victims, provide legal support, and aid in psychological counselling.

Here are a few who are doing stellar work in this area:

Mumbai-based Urja Trust helps young women and their children who have fled homes due to domestic violence and abuse. It has an outreach programme, a shelter for women fleeing violence, education, livelihood, and entrepreneurship programme to help women establish themselves.

Angala is the women’s crisis intervention centre of Bengaluru-based women’s organisation Vimochana. The centre was set up in 1993 to systematically reach out, respond, and offer moral, social, and legal support to women who are victims of violence and abuse both within marriage and outside, enabling them to lead a life of dignity free from violence. Each case, apart from the counselling and direct intervention, is followed up regularly and thoroughly. Angala helps the women who approach them to get jobs, find admission for their child/children in orphanages if the mother is not able to look after them, carry out follow up visits at their houses in case of reconciliation with a previously abusive spouse, provides medical treatment, finds them accommodation on a case-by-case basis. At any given point in time, they respond to around 400 women.

It is part of a global federation and a full affiliate of ActionAid International. Gauravi is the 24×7 one-stop crisis centre of ActionAid. It caters to domestic and sexual violence victims of any age and gender, including minor boys. It provides counselling, intervention, legal help, medical help, shelter home as well as social rehabilitation. Victims are not forced to take legal action and are provided with all the options.

It was set up in response to the need for a support agency for victims and survivors of domestic violence. This NGO for women provides several necessary services like crisis management, legal advocacy, support, and resource services. The organisation started the national domestic violence hotline to help women who are struggling with different forms of abuse and also provides victims with legal representatives and support through referrals.

BGMS (National Association of Rural Women India) was founded in 1955, and is a non-political and non-sectarian national organisation with branches all over India, in 14 states and union territories. BGMS has a short stay home for destitute women who have been ill-treated by their husbands, in-laws or other family members, and find themselves without any home. They are provided with vocational training and jobs to support themselves. Elderly women who have nobody to look after them can also find a home in BGMS. They are provided with food, medical care, and recreational facilities.

A Delhi-based NGO, Shakti Shalini works against all forms of gender and sexual violence. It works with individuals and communities of men, women, and the LGBT community. It also runs a shelter home for women in distress who are often accompanied by women (which is also open to men, children, queer and LGBT people in distress). It has a Crisis Intervention and Counselling Center (CICC) that provides legal, medical, mental healthcare, regular counselling, and crisis intervention. It also responds to all cases of sexual/gender violence at 19 police stations across Southeast Delhi.

When help is a call away

India also has a number of helplines for victims of domestic violence. They help in immediate rescue and response besides offering access to emotional, physical, and legal support.

The Central government has allotted this number for helping women in distress. Each State has set up their own call centre with this number. Female counsellors are the operators of the helpline. A rescue vehicle is sent to women after they make a call, and the vehicle has a female facilitator/helper and a female police officer.

It is part of the Emergency Response Support System initiative of the government. It is a pan-India service number.

The app has a special feature called ‘SHOUT’ for women and children, which enables alerts to registered volunteers close to the victim for immediate assistance. There is a button for each kind of emergency - fire, police, medical, and others. When the SOS button is pressed, the alert is sent to the control room over GPRS if internet connection is available, otherwise alert is sent using SMS.

One can add emergency contacts on the number. So, when the SOS button is pressed, people you have added can know your location and that you are in distress.

For smartphones: In any emergency situation, you need to press the power button three times quickly on your smartphones to activate a panic call to the Emergency Response Centre (ERC).

1298 - a toll-free women-dedicated service managed by Ziqitza Healthcare in Mumbai helps women in distress through its network of 80 partner NGOs.

Ashraya Women’s Centre, for women who have faced physical as well as mental abuse. They provide support, rehabilitation, and counselling coupled with training and legal help. Helpline number - +918025251929

How Smita Bharti, a survivor of the domestic violence became a serial entrepreneur and social crusader