The documentary film based on the life of Kamali, a skateboarder based in Mahabalipuram, directed by Sasha Rainbow is nominated for the Best Short Film award.

Documentary short film Kamali based on the life of nine-year-old skateboarder Kamali Moorthy has been nominated for BAFTA awards. The 24-minute-long film follows Kamali, her mother and grandmother fighting the patriarchy and traditions that don’t allow a girl child to embrace any sport let alone skateboarding. Directed by London based New Zealand filmmaker Sasha Rainbow has been nominated in the British Short Film category.

Kamali who lives in the coastal town of Mahabalipuram in Tamil Nadu took up skateboarding at the age of six. Sasha met Kamali when she travelled to India to shoot a music video for UK-based band Wild Beasts that featured Kamali and other female skateboarders. Sasha was intrigued by Suganthi’s fight against all odds to raise her daughter so she would become a skateboarder.

Sasha revealed to a newspaper that the feeling of being BAFTA nominated had still not sunk in. “I think we’re really focused on celebrating the victories! To be longlisted for the Oscars is a huge honour and now we are BAFTA- nominated. I think we’ve gone further than all of our expectations.”

Though the documentary missed out on being shortlisted for the Academy Awards, it has already won several accolades. It received top honours at the Atlanta Film Festival and Sasha won the Best Director award  at Mumbai International Short Film Festival  in 2018.

Skateboarding since the age of six, Kamali has now travelled across the country to promote skateboarding and encourage other young girls to take up the sport.

At BAFTA Awards 2020, which will be held on February 2, ‘Kamali’ will be competing against another skateboarding doc ‘Learning to skateboard in a warzone (if you are a girl)’,  a story of Afghan girls learning to read, write and skateboard in Kabul. Other films in the run for the award are Azaar, Goldfish, and The Trap.

From advances in sanitation to skateboarding champions: inspiring initiatives helping our environment 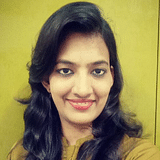 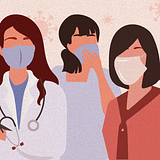 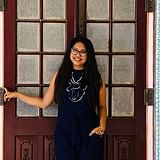 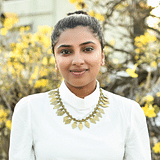 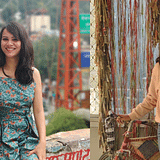 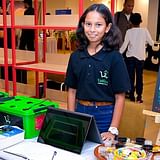 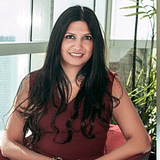