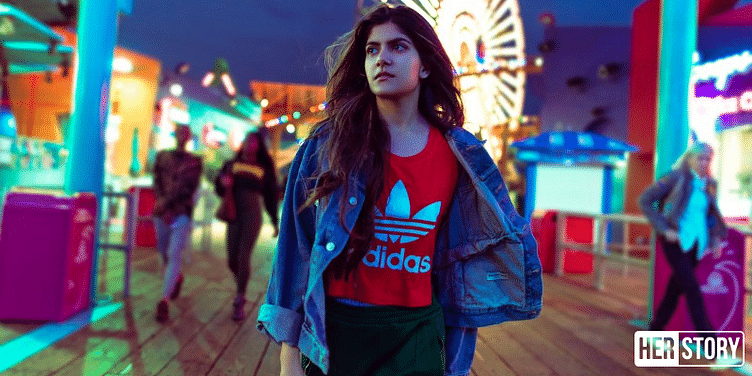 Ananya Birla, 25, is a serial entrepreneur, musician, and a strong advocate of mental health. Her goal is to do what she loves and make a positive impact in whatever she does.

She is the heiress to a billion-dollar business empire. But Ananya Birla, the daughter of Kumar Mangalam Birla and Neerja Birla, is a “youth icon” who is not content to rest on her family’s fame, fortune, and laurels.

The 25-year-old wears different hats – she is a social entrepreneur, an acclaimed musician and a mental health advocate. She traverses different worlds and interests, and is committed to make an impact in whatever she chooses to do.

In 2013, when Ananya was still studying, she started Svatantra to empower women with opportunities to be financially independent by providing microloans to women entrepreneurs in rural India.

Looking back, she says, “It’s one of my proudest achievements. We have now served over a million customers and grown to 445 branches across India. I spend a lot of time meeting our clients, not just to learn how we can do better but also because some of their stories are truly inspiring.”

Making her own music

The year 2016 was another turning point for Ananya as her music career took off. After spending a few years gigging in London, she came back to India to make her own music. She soon signed up with Universal Music Group and the rest has been a musical ride, which has been on the rise with two double platinum and three back-to-back platinum tracks, performances at Global Citizen and Sunburn, and collaborations with music heavyweights like Sean Kingston and Wiz Khalifa.

“I remember being really nervous about going public with lyrics and notes that were so personal to me, knowing what everyone would say, well cognisant of my family background, and staying true to myself.”

“I still can’t believe it sometimes… my first EP, my first tour, my fans, who make it all worth it. I am totally humbled with all the love through this journey,” she recalls.

As a child, Ananya says, nothing made her happier than music. She was trained in Indian classical from the age of nine and also started learning the santoor. “I was inspired by my mother who I used to watch play for hours as a kid. When I got a little older, I taught myself the guitar with YouTube videos and started figuring out how to compose too.”

“It was such a paradox: performing live was my favourite thing in the whole world and yet I was so scared of putting myself out there. I have never been happier, I must say to be able to make a living off the thing that sparks a fire in my soul – that is such a blessing, and am very thankful,” she says.

Collaborating with Sean Kingston has been a definite high in her career so far. Her track with Sean, Day Goes By, she says, was a very organic process.

“I opened for him at Oktoberfest in Goa. We exchanged numbers and when I was back in LA, we linked up in studio. Just like that, we came up with the song and did everything ourselves; the next month, we were shooting a music video for it!!It was a lot of fun. You can’t really force yourself to be inspired; it just happens naturally when you do things that you love with collaborators you respect,” Ananya says.

Last year has been a roller-coaster for Ananya with all the travelling and work. But it also has been a fruitful one – from releasing her debut album Fingerprint in May to her debut tour. The journey has left her with many incredible experiences.

“I write all of my own music, and the creative process of experiencing an emotion, converting it into art and putting it out into the world is fascinating and cathartic. That people really enjoyed the tracks, at home and in other parts of the world, was a boost, too.”

Her own battles with anxiety as a teenager led Ananya to set up MPower along with her mother Neerja Birla. The organisation aims to raise awareness on mental health, and provides guidance to those who are suffering and their families.

“We have centuries’ worth of stigma built up around mental health issues – self-perpetuated by the fact that poor mental health is so difficult to talk about. However, the importance of talking about it cannot be overstated. When we talk about mental illness, we debunk falsities, tackle isolation, and empower those suffering to get the help they so badly need,” she says.

“With global suicide rates on the rise, it is crucial that reaching out for help becomes an act of power as opposed to a sign of weakness.”

As a youth icon, Ananya is aware that with popularity also comes responsibility.

“I know that with my platform there is a responsibility. I want to encourage people to be true to themselves, pursue the things they love, and always try to make a positive impact, no matter how small.”

She says her mother is her role model as she leads her life by example. In times of doubt, she turns to her mother’s best advice, “Try your best and leave the rest to God”. “There is something so liberating about that notion. And truly, it works,” Ananya says.

Going forward, Ananya’s aim is to continue doing what she loves and also make a positive impact.

“The year 2020 is going to be huge musically – I’ll be dropping my debut album, which I can’t say too much about right now, but stay tuned for new music and awesome collaborations. Svatantra, MicroHousing, and MPower will continue to thrive, taking technological advances into account to ensure that we make are helping people in the most practical way possible,” Ananya says.

The billion-dollar heiress with a mattress in her office and ‘waitressing’ on her resume: Ananya Birla