The billion-dollar heiress with a mattress in her office and ‘waitressing’ on her resume: Ananya Birla 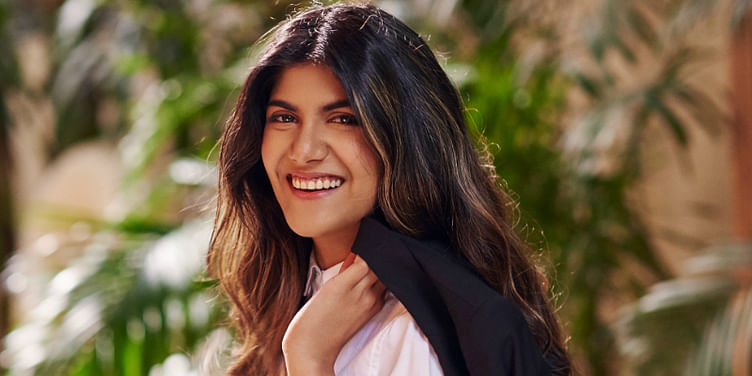 The thing about a silver spoon is, it can administer security with the same tenacity that it would, restrictions to your destiny. And it’s never one or the other; the former always accompanies the latter – a fact that Ananya Birla, serial entrepreneur, musicienne and the third generation of one of India’s foremost business families, was mindful of at the most crucial junctures of her life.

At school, when the Birla name threatened to overshadow her body of experiences and ideas, she made the choice of going on a relentless pursuit of people and places that understood her for who she was. At university, she rejected the silver guillotine, and instead went with the grind of being an overseas student, and struggled just like her peers to make ends meet in an expensive foreign land. And finally, when the day of reckoning came, she did choose to take forward the legacy of business that the Birlas have worked hard to build, but with her own acumen, her own ventures, and on her own terms. Meet the heiress who will make the Birlas proud, albeit with her own unique shenanigans.

Since she was a child, Ananya would question things around her and kept busy learning something or the other, right from calligraphy to playing the santoor to sporting activities such as table tennis, swimming and football. As one would suspect, growing up with the almighty Birla name was like a double-edged sword. And every so often, it would feel like she was leading a dual life, going through a struggle to unshackle herself from the pressures of living up to the name and carving out her own identity.

But her parents really came through in giving her the space she needed to find herself. “I’m very grateful to have such open-minded and forward-thinking parents, and feel really lucky to have such a family, and to have eventually found friends and a team who have never made me feel ‘uncomfortable’ or ‘different’ because of my surname,” she says.

What may come as a revelation is that Ananya had trouble finding acceptance due to her lofty last-name, and moved a few schools until she was finally home-schooled. She then attended University in England, where she found her passion for startups and music – which is one of the secrets she wants us to know! She fondly recalls her days of performing at gigs around London when she was studying there.

The freedom to learn to walk again

Growing up, the sword of a scripted fate did seem to hang over her head, and there was definitely the sense that she had to follow in the footsteps of her family, but Ananya never felt like she was being cajoled in a certain direction. The Birlas always gave her the freedom to make mistakes and find her own path, which catalysed her imagination and a vision of seeing herself exploring her passions, which were music and startups.

That, coupled with a childhood rife with entrepreneurial benchmarks and a life lived in various shades of the societal spectrum led her to lace up her gloves when she was still a teenager and take her first stride as a true-blue

The idea of Svatantra took root thanks to her passion for startups, coupled with her desire to do something meaningful to remedy the vast income gap that exists in India. “Microfinance was quite unorganised at the time. The idea that a micro-loan can make a macro-difference is really what struck a chord with me, and I truly believe that small amounts of money at the right time for hard-working family businesses can do an immense amount of good for helping small businesses grow,” she explains.

The fact that Svatantra is a very intense business and yet has the potential to touch people’s lives is something that resonates with her. Since its inception in 2013, it has grown annually at a rate of 330 percent in terms of its portfolio, which currently stands at Rs 176 cr.

Today, they cater to 1.4 lakh clients, and have impacted more than 5 lakh individuals across 5,300 villages, “I am proud that Svatantra has been making 100 percent cashless disbursements into the bank accounts of our clients in spite of being deep rural. In fact, we have opened new accounts for more than 50 percent of our clients. On top of that, we have remained amongst the lowest in terms of interest rate at 22 percent,” she says.

Svatantra has also opened more than 70,000 bank accounts for their women clients and provided them with the necessary financial training, which is a true embodiment of financial inclusion. They have also been an early adopter of industry best practices, including stringent client protection norms such as making VID and UID mandatory prior to disbursals. At this stage, they have already found their place amongst the best rated MFIs (rated A-) by ICRA.

That being said, the roses came with thorns aplenty, attempting to taint her experience as a changemaker. “There were a lot of skeptics who often doubted me because of my age, family background and education. I worked hard to ensure Svatantra spoke for itself and it has – we will be breaking even this year!” she announces, proudly.

Back at it again

In between working on Svatantra and studying, Ananya stayed true to the side of her that was an adrenaline junkie, and never refrained from traveling and exploring unique places. It was through one of these excursions that she conceptualised her second venture, ‘CuroCarte.’ “During my travels, I stumbled across the most beautiful products I had ever seen and was convinced that with the power of design, these products could be magical,”

She wanted to augment faceless factories that have been crumbling in scale without exposure and connections in today’s information age, but churn out products that could flamboyantly embellish the fireplaces and walls of the collectors of luxury items, if only they found a way to connect with their potential customers. “In the beginning, all we had was our hands to make things with, and our stories to help us understand each other, where we’d come from, and where we were going. I want customers to travel back through time and get a taste of this indigenous and homegrown luxury, and appreciate the love put into making each of these hand-made products,” says Ananya.

CuroCarte, thus, will create a new kind of luxury, inspired by wonder. It’s about the marriage of skills that have been passed down through families for centuries to their due credit; of objects created by real, hot-blooded human imagination and a warm touch, to owners worthy of their sublimity.

A Curo combination of ventures

Launched in India just a month ago, on the 11th of September, the website houses a collection of quirky and handcrafted products across the various categories of home-décor, curated from 22 states in India and nine countries. “We’re also focusing heavily on the quality of our products. We currently have six stages of quality checking done through an international lab. Quality is something that is extremely crucial to consider in the hand-made industry,” she explains.

Opining that India is on the cusp of a transformation, with its vast cultural legacy on one side and the next generation of young, modern Indians on the other, Ananya feels that a nexus for the transition can be spun by the infinite possibilities of the internet, which is why the platform is an e-commerce one, largely using the digital media to communicate with its audience. “Through our marketing, we want to get across that our products have been redesigned by modern intervention for a 21st century lifestyle, and yet exhibit a traditional element,” she says. CuroCarte also has a B2B platform, which is a significant revenue channel for them. They will be launching in other countries soon.

If this interview so far hasn’t humanised the idea of a billion-dollar heiress, what might seal the deal is that Ananya, the early-riser and fitness enthusiast, enjoys a good cuddle-sesh with her dog Skai just as much as the next person. Her routine, as it turns out, is not what we would expect either. “Weekdays tend to be very busy, with my ventures and music. I get up early, workout and head straight to work. On weekends, there’s only one place you will find me – curled up with my dog, Skai, in bed or playing cards with family and friends,” she lets on.

There are three things, in fact, that most people don’t know about her. “I am an adrenaline junkie, I’ve worked at a coffee shop, and sometimes, the day gets so crazy - it doesn’t hurt to have a mattress in the office!” she says in conclusion.