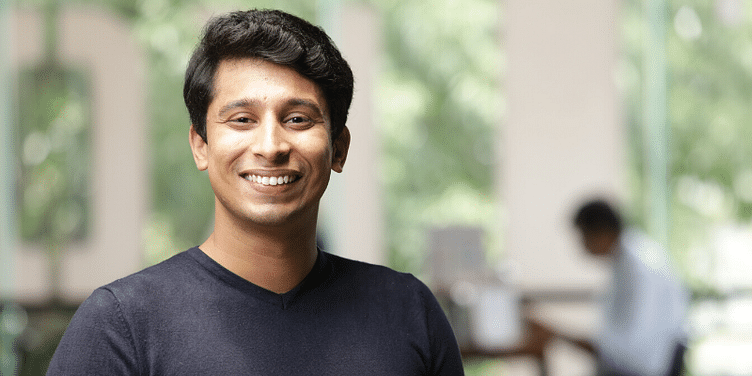 At Meesho Mission Rise, a Women Entrepreneurship Summit, the company honoured and recognised women entrepreneurs for their contribution in growing the phenomenon that is social commerce.

A college degree doesn’t guarantee a secure future. Susmita Bardhan, who hails from South 24 Parganas, a small district in West Bengal, faced this brutal realisation after completing her master’s course. A student of political science, Susmita was the sole care giver for her mother, who had been suffering from arthritis, and was unable to take up a job after college.

They say, when reality hits, it hits hard.

For Susmita, this unfortunate situation meant much more than giving up on just a job; it meant giving up on a dream of owning a house someday.

The truth is that an astonishing number of women in India, who are unemployed or not financially independent due to one or the other circumstances, have to face the same reality as Susmita’s.

The unemployment rate for women in India is more than double of that of men in the country, according to a Harvard student-led gender inclusion study.

Despite meeting the required qualification standards, a combination of social and cultural factors has crippled the ability of women in Tier II and beyond to contribute to the growing workforce in India. But what if the tables could be turned, and instead of women having to reach out, the opportunities could literally walk home, by way of the internet and smartphone penetration.

Over the last few years, the Jio effect has brought hundreds of thousands of Indians – especially women – online. With WhatsApp becoming their initiation into the digital world and other social media platforms acting as their means to both personal and business exchanges, there has been an unmistakable rise of social commerce.

﻿Meesho﻿, the Facebook-backed social commerce enabler, says it has empowered more than 2,000,000 Indians to become entrepreneurs with zero capital over the years. Of these, 70 percent are women entrepreneurs. These are homemakers and mothers who dropped out of the workforce after childbirth and students who wanted to start a business but were held back by lack of capital.

“These are the first-generation women entrepreneurs leading the social commerce revolution in India,” says Vidit Aatrey, Founder and CEO of Meesho.

In the process, it creates a platform where this breed of first-generation entrepreneurs can share and connect while contributing towards the end goal: empowerment of the community at large.

“Women come to our platform because of two reasons: one is because they get some financial independence,” shares Founder Vidit, adding, “For each and every spend, now they don’t need to go to their husbands or their families, which liberates them.”

“And the other reason, which a lot of people don’t talk about, is that these women get a professional identity,” he adds.

Touching the lives of thousands of women entrepreneurs

In Susmita Bardhan’s case, Meesho came to rescue by providing her with a backup plan suitable for her financial situation.

With her earnings from the social commerce platform, the West Bengal native has managed to pay 80 percent of the down payment for her dream home. She is paying the remaining instalments with her monthly profits.

This is just one such instance. Meesho has been integral to the success of many more entrepreneurial journeys, some of which were recognised and honoured at the recently held Meesho Mission Rise Women Entrepreneurship Summit.

Organised in Bengaluru, Meesho’s home city and also the 24th stop of the event, the multi-city roadshow saw the participation of more than 250 first-time women entrepreneurs, who came together to share their inspiring journey on the social-selling platform.

In attendance were Meesho’s Founder and CEO Vidit Aatrey and CTO Sanjeev Barnwal, along with 100 other team members.

“This is an initiative where we want to go and meet people in every city and over time scale this,” says Vidit, when asked about the idea behind Mission Rise. “It might not be possible to connect with every user with this event, but we want to reach out to our top users and then create more decentralised events where people can come together and be part of the community,” he adds.

Going forward, the plan is to take this roadshow to many more cities, and connect with as many inspiring entrepreneurial minds as possible. Meesho wants to grow its community of women entrepreneurs and social commerce leaders beyond metros and Tier I cities.

“I will be surprised to know a town or a city where we don’t have users,” Vidit says.

How this recruitment startup grew 400 pc with clients like Amazon, Swiggy, and Zomato