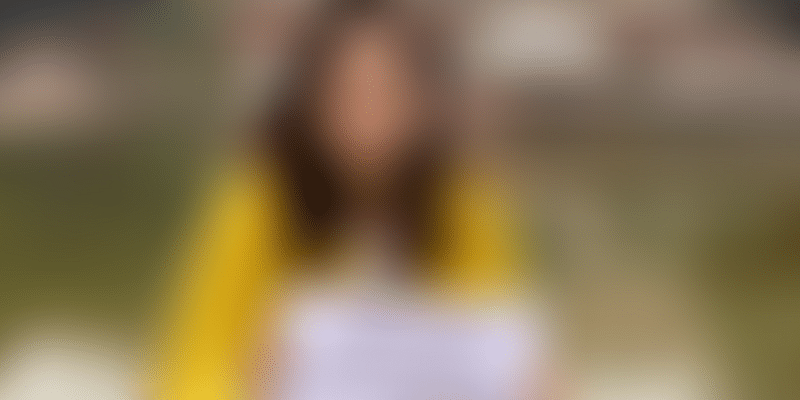 Yogita Bhayana quit a successful career in Kingfisher Airlines in 2007 to pursue her passion for social development and justice. Following the horrific Nirbhaya case in 2012, she spearheaded the protest to fight for justice

Witnessing a road accident and watching the apathy of the police and hospital staff first-hand led Yogita Bhayana to become a social activist.

Since 2007, she has been dedicated towards various causes, including social development, women empowerment, gender sensitisation, and sexual harassment of women and children.

Yogita initiated and spearheaded the protest and campaign to change the juvenile justice law age limit for rapists from 18 to 16 years following the Nirbhaya rape and murder. She managed to convince Nirbhaya’s mother and family to join the cause, which gave the campaign national prominence and media coverage. The Rajya Sabha passed the Bill in 2016.

Yogita now heads People Against Rape in India (PARI), an organisation that seeks to support rape survivors and help them in the fight for justice.

In a moving conversation with HerStory, Yogita speaks about her journey, from the accident that sparked her inner movement to leading protests against Nirbhaya’s rape, and why India needs its citizens to be gender-sensitive at every level.

HerStory (HS): Was there any particular incident that influenced you to become an activist?

Yogita Bhayana (YB): I had been working in Kingfisher Airlines right from its inception. In 2002, on a day off, I witnessed a road accident. The man hit was lying in a pool of blood and no one volunteered to help. I tried to call the police but to no avail. I decided to lift him with a help of a friend and take him to the hospital.

The hospital took two hours just to admit him. The man died because there were delays from every end. I couldn’t go to work for a month because of the trauma. I approached the victim’s family, helped them with the compensation case, and that’s when I saw the apathy wherever I went - in courts, in the hospital, everywhere.

I have seen people dying because they couldn’t afford Rs 5 medication. That’s when I knew I had to do something to bring some change to the system. I quit Kingfisher Airlines and founded the Das Foundation that I ran until 2011 to help victims of accidents and push for hospital reforms. At the same time, I also completed a master’s in disaster management.

HS: When the horrific rape of Nirbhaya happened in 2012, what was your initial reaction?

YB: I was working as a member of the National Commission for Women (NCW) at that time. The next morning when I read about the incident in the newspaper, a chill ran down my spine. I had been at the same mall at the same time. It could have been me – it was just that I was privileged enough to have a car to get home safely. I could have visited her in hospital but I simply did not have the strength to do it.

HS: The incident led to widespread rage. As an activist, what did you do at that time?

YB The protests began 24 hours after the incident and, on the third day, we were marching towards Parliament. The protests drew response and discussions started happening. Unfortunately, not much has changed.

HS: In 2015, just before the juvenile accused in the Nirbhaya rape case was set to be released from prison, you led a round of protests that did lead to change. Tell us about it.

YB: We came to know that the juvenile was going to be released in a few hours and it was appalling. I spoke to Ashaji (Nirbhaya’s mother) over the phone to join us in a protest and, though initially hesitant, she joined us that evening. A lot of people joined us and we were even detained.

The campaign sought to change the juvenile justice law age limit for rapists from 18 to 16 years, which was passed in the Rajya Sabha.

HS: Justice may have been swifter in the Nirbhaya case because of the attention it received, there are still other cases languishing in courts…

YB: Yes. I agree. I am working or other brutal cases that have gone on for a long time but things have still not changed.

HS: Safety remains a top concern for women in India today. What do you think can be done at the grassroot level to ensure women’s safety?

YB: I wish it was the topmost concern of the government as well. I have written more than 15 letters to the prime minister, but there has been no response so far. What we need is a curriculum that includes gender sensitisation at every level. Also, we must understand that most of these juvenile delinquents are dropouts so we must make sure that every child has access to continuous education. Apart from that, the police, the judges and our parliamentarians must be taught to be gender-sensitive.

HS: Can you tell us more about your organisation, People Against Rape in India (PARI)?

YB: Earlier, I was working as an individual activist but I felt we needed be in campaign mode where people can come together and perform better as a movement. We work with children who are rape survivors and also work towards getting justice for those raped and murdered.

HS: You have been very vocal about the delay in hanging the Nirbhaya rapists. Also, you want the event televised, which stirred quite a controversy.

YB: The delay is very frustrating, as it’s not just about Nirbhaya but many more like her who need justice. The hanging will be a deterrent to others. Also, televising the event will be a warning to potential rapists and instill fear in them.

HS: What are your future plans with PARI?

YB: I believe every woman should do her bit to stop horrific crimes like rape in India. Educate your sons, stand up against assault. I know things will change. I am just sceptical about the government doings its bit.