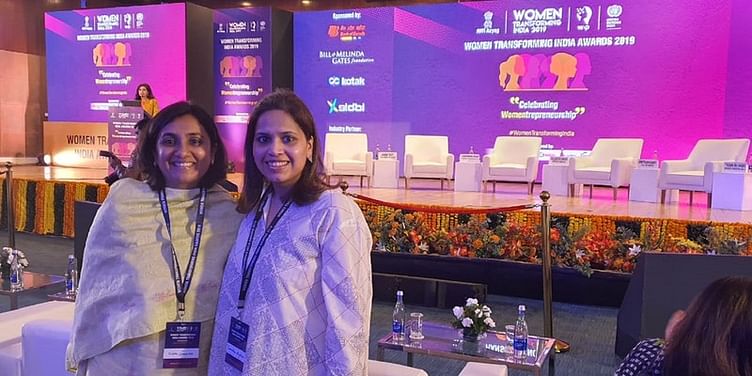 One of the lesser known problems faced by the community of small and medium businesses is organised accounting practices. Often, when expenses do not add up to the data available, entrepreneurs may not be able to gauge a business’ success over a period accurately.

Understanding the importance for entrepreneurs to know their numbers and address the pain point, Yashodhara Bajoria and Neha Goenka founded CAXpert in November 2018.

The startup assures the work of an efficient accounting system and addresses various problems and offers directions. They call themselves the “expert accountants” who provide a link to and from the chartered accountant community.

The startup records data for businesses such as sales, expenses, what was processed, how time was utilised or not, and then provides the right perspective on the way forward.

“We also manage all the startups’ basic compliances and provide a holistic solution. So, understanding and getting a perspective are the first two levels we address,” they say.

Their aim is to provide an accounting solution that is simple, convenient, and economical for all small and medium businesses.

Prior to becoming co-founders, the sisters-in-law saw this problem from two different angles. Yashodara was managing a Non-banking Financial Company (NBFC), and going through various businesses’ books of account was a routine, to lend them money, primarily to assess their capability of returning the amount.

Yashodhara says, “None of them would have an updated set of accounts or they would be filled with errors. We would have to inquire why and spend time in fixing that first before deciding if they were eligible candidates for loans.”

She adds that most small business owners could not afford a full-time accountant and those working part-time were not as invested in the work. They would only work on data entry and record most of the expenses in suspense account.

“By the end of a year, before tax filing, the owner would have an endless list of items in the suspense account. Imagine a small business owner trying to remember what he spent money on a year ago. So, closing these accounts became a nightmare,” she says.

Neha who has a Master’s in Business Administration from Ohio University used to run a small business that involved secondary broking of recycled metals.

They had outsourced accountants a couple of years ago and noted that there isn’t much value addition over time. Neha says, “A lot of them work on pirated software and do not realise the importance of their work and the value they can add to a small business.”

Such experiences led them to start on their own.

The co-founders share that the main challenge was breaking into the digital space with limited knowledge of technology. Also, they faced a not-too-subtle gender bias along the way.

Yashodhara recalls that in 2018, they met with a developer who suggested that their website be pink in colour.

“Neha pointed out that it was a financial services portal and though pink was fine, we also needed to know the reason behind it.”

To their surprise, the developer thought pink alone would appeal to the the women entrepreneurs and was not much concerned about the other features.

While they made sure that the developer did thorough work, the duo felt it was an interesting experience where they learnt that women need to build their credibility first.

At the same time, the entrepreneurs do let such biases affect their way of working.  “Bias is a bias, the more you focus on it, the more troublesome it will get and we tend not to dwell on it.”

An important milestone for the company has been the partnership with government thinktank NITI Aayog’s Women Entrepreneurship Platform.

Neha cites a report by Bain & Company and Google, which says women entrepreneurs in the country have the potential to create nearly 117 million jobs by 2030 and that they hope to tap this resource through the partnership.

Through the platform's partners that include WhatsApp and Facebook, Neha and Yashodhara conducted their first webinar where they interacted with women entrepreneurs on the basics of doing business.

This included setting up and structuring a venture, the kinds of taxes one has to pay, compliances, hiring, and a lowdown on the various schemes offered by banks and the government.

They believe they still have a long way to go, but are keeping the road open for never-ending questions to learn and grow as entrepreneurs.