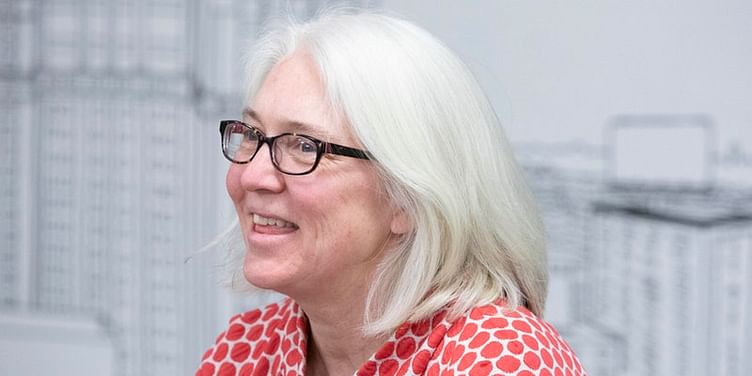 As the COO of Techstars, Jenny Lawton says her intention is to apply all of her learnings to help startups scale with lateral innovation.

Entrepreneurial in nature since childhood, Jenny Lawton, COO and CIO of ﻿Techstars﻿, did not have it easy to begin with. She started a baby-sitting business when she was very young. But Jenny did not babysit herself; she outsourced the jobs.

She also ran a birthday party business and did calligraphy for different enterprises. Later, in college, she opened a dessert place, besides running multiple small ventures during the time.

“My parents were not very rich. They went to a community college, and so I had to come up with creative ways to do different things and make money on my own. My mother did not hold me back in anything I wanted to do, so that really served me well,” she says.

With a bachelor’s degree in mathematics from Union College, New York, Jenny joined Colorado-based startup accelerator Techstars as its COO in September 2016.

Here, Jenny is responsible for the day-to-day management of the company including sales, marketing, corporate engagement, engineering, and operations.

Each year, Techstars chooses over 500 startups around the globe, investing $120,000 in each. The accelerator launched its India chapter last year, looking for startups that focus on the Indian market, with expansion plans that include emerging and developed markets.

It also conducts ‘startup weekend’ for aspiring entrepreneurs to experience the process of starting up; this has been to more than 120 countries already.

In this process, Techstars connects the tech talent pool in Bengaluru to its portfolio startups in Germany, the UAE, and Sri Lanka.

From mathematics to technology

Though her first two jobs had nothing to do with math or technology, Jenny managed to break into tech in the 1980s. This was a time when there were no coding bootcamps like San Francisco-based Lambda School and non-tech candidates had no scope to break into the tech industry.

Jenny says she had a hard time finding a job for the first two years with her mathematics degree.

“My first job was as a secretary at an engineering company, and I was writing newsletters on CAD machines. Personal computing and internet did not fully exist at the time. My second job was about managing the computer networks in CAD systems,” Jenny says.

She then moved to MIT Lincoln Laboratory for two years; this is a federally funded R&D centre by the US Department of Defense, which aimed to apply advanced technology to national security problems.

This was when Jenny got the idea to combine her math expertise with technology, and took up a master’s programme in digital signal processing.

Jenny then moved to a graphics supercomputer manufacturer Stardent Computer as a network administrator, her first experience in a startup. A self-taught programmer, she developed her own understanding of how software programming works and how it can complement large technology systems at scale.

Breaking the Stereotypes of Women in Technology

Gathering just the right amount of exposure until that point, she founded her first startup Net Daemons Associates (NDA) in 1992. It was a computer system and network administration company that reportedly ran the wave of the 1990s high tech bubble. It outsourced network administration for companies and worked with the likes of Cisco, Apple, and MIT for over seven years.

With a seed investment of as little as $900, the startup went on to amass multiple millions of dollars in revenue and got its exit to Interliant Corporation, which was just when the economic crisis hit the globe in 1999.

"If I look back now, after holding the role of a COO multiple times, my biggest learning was how to bring order in an extremely chaotic business situation,” Jenny says.

After her startup’s acquisition by Interliant Corporation, she took up the role of Senior VP for three years, until the events of September 11, 2001. The terrorist attack compelled her to leave the corporate world for a hiatus.

She then started an independent bookstore called Just Books and ran it for seven years, and also ran a coffee shop called Arcadia Coffee.

Jenny was also in the venture capital industry for a while where she worked as an entrepreneur-in-residence with SoftBank and Mobius Venture Capital.

Challenges as a woman entrepreneur

Speaking of the hurdles she encountered in her career as a woman, Jenny says the tech world is somewhat male-dominated, and there are always challenges.

“I’ve learned that the acceptable margin of error for women is lower. A hardworking, an all-guns-blazing attitude, and a direct approach to the world is perceived as positive for men and negative for women. The best approach is to keep moving forward,” she says.

After Just Books, Jenny re-entered the technology scene serving as the COO for Rockin’ Water and RAM Scientific, and was the Senior Vice President of Operations for Mercury Solar Systems. In 2014, Jenny was appointed to the Connecticut Women’s Hall of Fame.

When asked for her advice for women entering tech, she says,

“Follow your passion and don’t give in to the bias. You are allowed to be smart, direct, confident, and competent, and should make no apologies for any of that. Don’t let bias kick you out of the future.”

Jenny joined MakerBot in 2011, a global leader in desktop 3D printing, which owned 16 percent of the market share for 3D printers in the US. Between 2011 and 2015, she held several positions prior to being appointed interim CEO, including president, chief strategy officer, and head of people.

“Silicon Valley has its roots in technology innovation by bringing the trinity of academia, corporate innovation, and startups, while defence is a placeholder. This intersection is where Bengaluru’s innovation is also fostered.”

She joined Techstars as its first-ever COO in 2016 and took up the role of Chief Innovation Officer in September 2019. A strong believer in the ‘give first’ philosophy of Techstars, Jenny says her intention is to apply all of her learnings to help startups scale with lateral innovation, and that she has had enough learning in her career.

“Techstars is a culmination of all the things I wanted to do. The most important thing for me is to stay connected with entrepreneurs and be able to continue to invest in them as a mentor, which consumes 20 percent of my time. I’m happy I am able to do that while working for Techstars,” Jenny says.