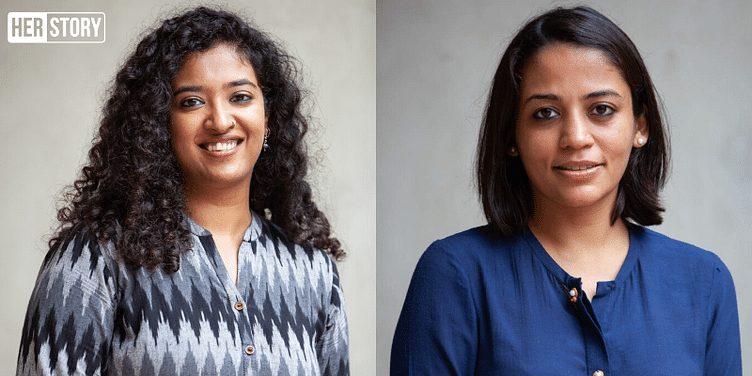 Asha Sairam and Pankhuri Goel are design principals leading the interior design vertical at Studio Lotus, Delhi. Their work has been recognised internationally with several awards.

Design, especially interior design, has evolved from being mere aesthetics to a strategic element in designing spaces. Asha Sairam and Pankhuri Goel, principal designers at Delhi-based Studio Lotus also echo this sentiment that design is not only to please the eye but serve as an essential purpose in the creation of a space.

Asha and Pankhuri co-lead the interior design vertical at Studio Lotus and in their 10-year tenure there, have been awarded several accolades, including 40 Under 40 honoree in the Interior Design category at the Perspective Global Design Awards, 2019, and the Blue Elephant Awards at Kyoorius Design Awards, one of India's biggest annual conferences on design and innovation.

From an intern to design principal

Asha’s interest in design sprung from a desire to understand how political and socio-economic landscapes shaped design and fashion throughout human history.

However, her foray into interior design was incidental. While pursuing her bachelor’s in Design degree at NIFT, she was working on a thesis about Experiential Design in Retail Spaces when she came across the Studio Lotus. She was intrigued by the work it was doing and applied for an internship. She joined the studio in 2010 after working for some time in the graphic and set designing space.

Asha focusses on hospitality spaces, which include F&B experiences and also develops spatial narratives for key retail and consumer goods brands. One Studio Lotus’ first international projects, she worked on was Masti Cocktails and Cuisines at La Mer, Dubai, which was a finalist at the Restaurant and Bar Design Awards UK in 2018.

To reflect the Indian and global fusion cuisine the restaurant was well-known for, Asha’s design solution drew from India’s rich socio-cultural tapestry while embodying a uniquely progressive vibe. She infused the space with Indian quality without using any of the cliches.

She has also renovated the Raas Devigarh, an 18th-century palace in Udaipur that was converted into a hotel. Some of her other projects include flagship retail outlets for Ekaya, House of Raro and House of Raisons, and F&B outlets for House of Celeste, Independence Brewing Co., and Huber & Holly.

In her work, Asha has integrated craft and design and believes Indian crafts are an untapped resource. “I feel the integration of craft with design in India can be achieved on an unprecedented scale. Our country is blessed with a vast and relatively untapped repository of rich artisanal skill sets; what is needed is channelling their creativity to cater to an urban audience. The ‘contemporising’ of craft, I feel is what needs to be adopted en masse,” says Asha. Taking Indian craft to global audiences, Asha has involved artists from Kishangarh, Rajasthan, to handcraft a vibrant stained-glass elephant bar for Masti Cocktails and Cuisines in Dubai.

From junior principal to leading a team

Pankhuri Goel was in middle school when she decided to pursue design. She was inspired by her mother who used to frequently take up renovation projects around the house. Her father who owned a furniture manufacturing business also played a part in it.

“Observing these ‘acts of making’ through my formative years had a large hand in guiding me towards a career in design. In later years, travelling became an integral influence over my world view, as well as perceptions of space; from landmarks of cultural and historic significance to public and civic spaces, design within the urban realm, inspired me,” says Pankhuri.

Though she had her sights set on architecture, Pankhuri decided to pursue a degree in exhibition design at National Institute of Design (NID) when she saw the scope of education in exhibition design. At Studio Lotus, her area of work is in retail design, workspaces, as well as adaptive re-use initiatives.

Early in her career, Pankhuri worked in museum design, which has had a lasting impact on her work.

“The architecture of museums opens up exciting avenues for any designer; each museum brings with it a set of challenges and opportunities, and specific design requirements for the exhibits it is expected to house. I recognised and learnt the significance of story-telling and building,” she adds.

Her decade-long career at Studio Lotus starting as junior principal and now leading the interior design team, includes projects like Imagine Studio, a contemporary real estate marketing experience centre for Godrej Properties Ltd., and RE Garage Cafe, a retail and hospitality space for Royal Enfield, which won the second prize at IIID Design Excellence Awards in 2019.

Some of her other work includes retail design identity for ethnic clothing brand Frontier Raas in London and Delhi, a retail outlet for luxury lifestyle brand Paro by Good Earth in Delhi, and the design of public spaces for luxury hospitality property Taj Theog. She is currently designing the interior spaces for a 40,000 square metre tech centre and corporate office for Royal Enfield in Chennai.

Challenges and future of design

According to a CII report on the design industry, out of the 170 design studios surveyed in the country, only 10.17 percent are focussed in the interior, architectural landscape, and furniture design. Though interior design constitutes a small percentage, the industry faces several challenges, especially with regard to focus on form and aesthetics, which results in a superfluous response, says Pankhuri. It fails to take into consideration the economy of material, the context of the project, as well as local construction techniques and climatic conditions, she adds.

According to Asha, design in India has been met with a sense of ambiguity.

“There are many who undervalue the power of design to transform a brand or business. Design is a great value addition and strategic design thinking can result in a marked change in user perception and experience.”

She believes the deeper implications of design such as ergonomics, carbon footprint, psychological effects, and safety tend to be easily overlooked and design is only thought of in terms of aesthetics. Another significant challenge that worries Asha is the emerging trend of blindly copying designs from online portals and social media and the rampant plagiarism that has marred the industry.

Asha, however, is optimistic about the future of design. She believes that design will eventually assume a greater role as a tool of evaluation, and that design thinking will find its way into the mainstream curriculum.

Pankhuri believes the future of design will hinge on simplicity. “I believe going back to the basics, revisiting roots and adopting lessons from ancient wisdom have already begun. In the context of the built environment, it will translate to the use of natural vernacular materials, principles of passive cooling, and a renewed focus on craft and craftsmanship,” she says.