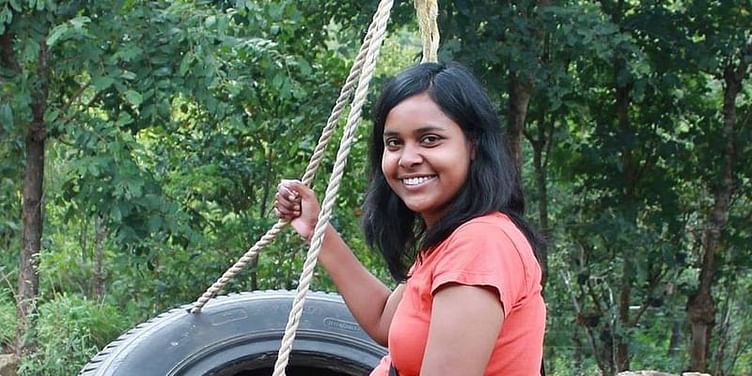 Prerna Prasad started Ecoplore in 2016, a startup that has verified eco-friendly services in more than 120 hotels, resorts, and homestays.

When Prerna Prasad was working as a journalist a few years ago, she used to take part in social activist Anna Hazare’s movement against corruption.

She recalls, “While taking part in the movement, I realised corruption was not the biggest issue because even if we have the best system, and we don't have fresh water and air, then everything else is null and void.”

And thus, began her journey as a social entrepreneur.

In April 2016, she decided to quit her job at Geospatial Media and Communications to combine her concern towards environment conservation and love for travel by starting Ecoplore. Prerna was earlier associated with India Today and CNN-IBN as well.

A portmanteau of “eco-friendly” and “explore”, Ecoplore urges people to explore nature in an eco-friendly manner.

Prerna says the idea of ecotourism is a misused term in the country. In order to understand for herself what an eco-friendly getaway meant, she spent some time researching the subject and developing a strategy for the startup that would stay true to its “eco-friendly’”claim.

The process began with identifying eco-friendly accommodation and after nearly seven months of research, Prerna says she came up with two criteria that every property in their network should have.

She explains, “First, each property must have at least 30 percent of greenery inside the campus, where greenery refers to trees and not lawns. Second, the major construction of these properties should be non-concrete. They can be made of mud, wood, bamboo, stone or any local architecture or comprise heritage buildings that are older than hundred years and are not built of cement.”

At the same time, identifying such properties proved to be quite a task. In 2017 and a part of 2018, Prerna and her team personally visited and verified hotels, resorts, homestays, and property chains, a process the founder says, turned out to be both time-consuming and expensive.

In 2018, Ecoplore  started operating partially by opening doors to her friends and family. “We had a very limited number of properties, around 20 to 30 accommodations. And when people wanted to go to some place, we did not have a property there,” she says, adding that she decided to bring the operations to a halt and went on to verify more places.

Based in Ghaziabad, it resumed operations in January 2019. Prerna says they have attracted new customers through a combination of organic social media marketing and word-of-mouth publicity.

At the same time, Prerna says they have to be careful while identifying properties as eco-friendly. “Since now eco-friendly is trend everyone wants to latch on to, people want to get into the domain because they see the money.” Prerna says she talks to the owner and caretaker of the property to ensure they have the right intentions.

While she relied on her savings to travel and verify the hotels in the beginning, Prerna is happy that her work has been recognised with several grants along the way.

In 2018, Prerna received a grant of Rs 50,000 as a fellow of Women Entrepreneurship and Empowerment (WEE), a joint initiative of IIT-Delhi, Government think tank Niti Aayog, and the Department of Science and Technology under the Government of India.

In the same year, Ecoplore was listed among the top startups for Smart Fifty by IIM Calcutta Innovation Park.

Prerna also won a scholarship at the Women Get Funded programme by Silicon Valley-based investor Alicia Castilo Holley. An online course, it teaches women entrepreneurs how to plan finances for their startups.

Prerna notes that tourism is a male-dominated industry and wants to make it more women-friendly. Initially, she says, she was not taken seriously at many places. She believes a place can be made women-friendly only when there are more women running it.

As a social entrepreneur, she feels most of the clients from metro cities such as Delhi, Mumbai, and Bengaluru come with pre-conceived notions of what an eco-friendly stay entails.

“In fact, one of my friends. who is a doctor said that there must not be western commode and that there must be water leakage in a mud house,” she shares, adding, “People living in concrete buildings have no idea how these eco-friendly or non-concrete structures are made.”

She says that eco-friendly living often translates to being low on hygiene, no fun and uncomfortable stays. Making people aware and understand eco-friendly structures continues to be a challenge.

At the same time, Prerna says Ecoplore can assure all eco-friendly features as they personally verify all the properties.

“I hope that with the gradual awareness, people will understand the true meaning of being eco-friendly,” she adds.

Switching from a life of video editing and writing, Prerna says everyday is different in an entrepreneur’s life. Today, she is crunching numbers, networking with people, and happily putting her journalistic skills to use while researching and putting into practice the best eco-friendly solutions.