A promise must be kept: This woman entrepreneur gave 50 employees raises in the time of coronavirus

As businesses face uncertainty in the time of COVID-19, and are bracing for the economic fallout, Mandeep Kaur Sidhu, Founder of Simba Quartz, has decided to give her employees up to 30 percent hike and pledge that she won't lay off any people.

At a time when a number of organisations in India and across the world are laying off staff or introducing pay cuts, owing to the economic fallout of COVID-19, a woman entrepreneur from Tangra village in Amritsar, Punjab, has kept her promise of giving a raise to all 50 employees.

Mandeep Kaur Sidhu, who runs Simba Quartz, a 50-strong IT company from the remote village of Tangra, has given an increment in salary of up to 30 percent, even as most industries face uncertain times.

“We usually evaluate employee performances around December and give a hike starting April. A promise has to be kept even if the conditions may not be conducive,” Mandeep tells HerStory.

Back to the roots

The young entrepreneur started her entrepreneurial venture with ecommerce company Simba Cart in 2013. She started Simba Quartz five years ago to provide mobile and web app development, graphic designing, and digital marketing services. She also runs Smiles Care, an NGO that aims to distribute 50,000 pairs of footwear to the needy in the state.

Mandeep has an MBA, and worked in other companies like Hypercity for two-and-a-half years before taking the entrepreneurial plunge.

With help from her husband, an IT professional, and her brother, Mandeep decided to keep Tangra as her base for her venture. The reasons were manifold.

“I was born and raised in Tangra and still lead a very simple life. I wanted to provide opportunities to those in the village and other qualified professionals living in nearby cities,” she says.

It was not easy setting up Simba Quartz in a village. She couldn’t get a bank loan because it required collateral and she had none. There was no leased internet line and the nearest city, Amritsar, was 30 km away.

Despite both infrastructural and financial challenges, she set up the company with around Rs 2 lakh from her savings.

Over the past five years, the company has grown organically, without any bank loan, and recently started raking in revenues of Rs 2 crore. An impressive feat indeed!

She is particularly thankful to Airtel and BluDart, the first brands to associate with her. Airtel brought a 2 mbps line to the village, which has now extended to a speed of 100 mbps. Mandeep also offered a pick-and-drop facility to employees who stayed in the city.

An efficient and loyal team

The team is made of highly qualified talent from IITs, IIMs, and NITs. What started with three employees has now grown to a team of 50, some of whom stay in the village itself; others travel from nearby towns.

“I am happy to share that employees earning around Rs 5,000-6,000 in their first year, are now earning Rs 40,000-Rs 50,000. I believe in the growth of my people. They undergo exhaustive training. I have no mid-manager, I directly hire from premium institutes,” she says.

Mandeep reiterates that her team is her biggest support and asset, especially during the most difficult times.

In a LinkedIn post, she explained her reaction after the lockdown was announced. “My emotional reaction to my employees was neutral immediate after lockdown. However, I assured them that their jobs were safe. I panicked for 24-48 hours, and then thought that so many families depended on me. I decided to be firm and start from a blank page again to develop a changed business model.”

She also took her employees into confidence and apprised them of the situation. “I wanted to reduce their mental and financial pressure.  This was the time to liquidate personal and company assets, and take the team into confidence.”

She put on hold the funds that were supposed to be pumped into Smile Cares because, “there is no point in laying off employees and then donating on the other side”.

In January this year, Mandeep bought a piece of land, her first real estate acquisition. This, she says, can be sold if things take a further downturn. However, she is emphatic that she will not lay off any employee, as they have worked very hard to make the venture profitable.

“If you invest in people during tough times, you will earn their loyalty for the long term,” she adds.

Following the lockdown, the company has lost business, but Mandeep believes this is also time to change the course.

“When we don’t have debts, it’s okay to take some on during this time. But humanity should remain top priority. We are discussing new lines for the business and concentrating on ongoing work. We are also taking everything that’s coming to us, even if it means working on reduced rates. The important thing is to keep the business going and the team busy,” she says.

“I have sacrificed so much personally for Simba Quartz. My conscience will not allow me to fire good and hardworking people, and relax,” she says.

The company recently acquired an Australian client, which brought her hope that people still need services.

“It takes a lot of courage to go on despite uncertainty,” says Mandeep, who spends a lot of time in Tangra, and only visits her husband, who works in the US, for a couple of months in a year. 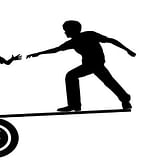 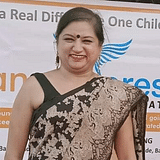 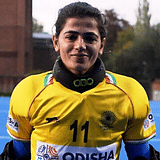 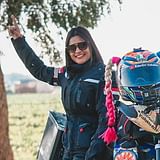 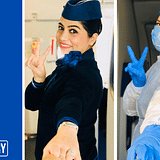