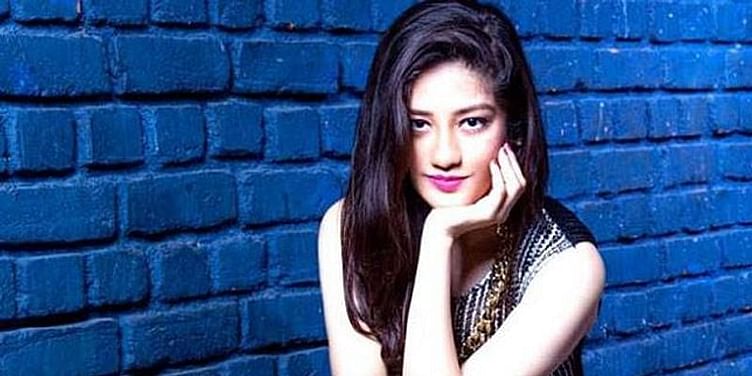 'Three Impossible Wishes', the debut work of Anmol Malik and set in a fictitious university campus, is the story of 19-year-old Arya Mahtani, her struggles, her relationships and learning to love herself.

Twenty-five-year-old Anmol Malik studied Creative Writing from the University of Warwick in the UK and has used her experiences of campus life to write the story.

Set in an international university campus, the story revolves around a Russian boy and an Indian girl – students from very different backgrounds trying to navigate uni and its myriad experiences

In a conversation with HerStory, Anmol talks about the experiences of writing her first book, bringing her characters to life and being excited about life’s stories in general.

5 Best Audio Books to Listen During the Quarantine

HerStory (HS): Three Impossible Wishes is your first book. How did the idea come to your mind?

Anmol Malik (AM): To be honest, I wanted to write something that made me smile. I read a lot, I read everything and anything. But while writing my book, I guess I was searching for a sense of comfort and warmth. The kind one gets when they reach out for freshly baked cookies. I started this writing this book from the middle, from a chapter titled Whiskey On Ice. Because I could picture this boy and girl walking towards a bus stop at midnight, speaking softly, fresh snow crunching beneath their feet. I wrote that conversation down and the story formed around it in layers. The first draft was ready in four months and the manuscript was then floated around. It still feels surreal that it was HarperCollins that picked the manuscript up. My commissioning editor reached out saying she loved the voice of the book, and with that email, she made my day, week, and year.

HS: Once you zeroed in on the idea, how did it take off? What was your writing process like?

AM: I have a writing schedule, which I never realised was a tad strict until I began answering this question. I write either before everyone in the house wakes up, or when everyone has fallen asleep. But it's the same schedule every day, and it always lasts a good three hours on average, until I feel all the good ideas have left me. I tend to write by hand first and then type up everything once its final. I work off a simple desk on which there is a stack of blank sheets and my laptop.

HS: Why a campus romance? Do you think it's popular as a genre?

AM: This book touches on a lot of deeper themes, and it's merely disguised as a fun breezy campus romance. It's exactly how I like to view the world. I wanted to draw attention to how difficult it is to study or work in a city that's not yours. There are language barriers, money problems, weather changes, and you're basically trying to survive on your own without your friends and family. While I was studying in the UK, there was a rumour going around campus that failing the year could lead to deportation. The sad bit is, no one questioned it. No one wanted to risk it. The story is also set in a pivotal year, when the 26/11 attacks happened in Mumbai, and it touches upon the helplessness most students and people living outside Mumbai felt.

Romcoms have always been a popular genre because the best ones are always charming. I hope someday I can write something of that calibre.

HS: Do you think it's also a coming of age story?

AM: Definitely. The protagonists in this book are 19, and it is such a weird age. It's not a milestone like 16, 18 or even 21 would be. And its only claim to fame is being the last year of your teens before you hit the sad 20s and the real world looms large. You're not an adult, you're not a child, you're just kind of holding it together somehow. But Vladimir Petrov is probably 19 going on 40 and needs to learn how to be a teen. Arya Mahtani needs to grow out of a lot of things holding her back. And the clueless Sahil Malhotra just needs to grow up.

HS: Tell us about your main characters in the book? And what they represent? Who is your target audience?

AM: A Russian boy (Vladimir) and an Indian girl (Arya) drive this story. They're both international students but from very different backgrounds. While he has had to carve out his own path and face the consequences of his mistakes, she comes from a more privileged background who is prepared to live on toast for the rest of her days because that's all she knows how to cook.

Arya is a bit like a bottle of soda that has been thoroughly shaken up before being popped open. She's all over the place, jumping into situations head-first, always resorting to jugaad. But she constantly belittles herself, like so many others who have no idea of the wonderful things they're capable of.

Vladimir is bitter, extremely logical and bullishly stubborn. But he knows more of the world than Arya does and therefore sees things for what they are.

He doesn't have a desperate desire to be 'cool' or 'popular'. They need a bit of each other to balance out. To me, they're two sides of the same coin and very much complete each other.

HS: Have any of the incidents/characters in the book inspired by real life?

AM: Anything that sounds impossible in this book – is true. A foot stuck in the vending machine? Yup. Dressed as a ghost? Yup. Thrown up in class? Unfortunately!

HS: You have studied abroad yourself. And how much of it reflects in the book?

AM: The struggles of living on your own are pretty universal. However, I'm grateful that I got to witness a melting pot of cultures and meet people from different nationalities. Meeting people from all walks of life opened up my mind to new ways of thinking. A lot of the students were hugely independent and it pushed me into being responsible and figuring out my strengths and weaknesses. University was where I first learnt to cook, wash up, clean, schedule my time for studies and do part-time jobs. It was where I first started writing under the pen name Audrey Piano. And where I first fell terribly in love with Marmite on thickly buttered toast.

HS: Your book has been launched during the lockdown. With the lack of events, how do you personally plan to promote the book?

AM: Books have the immense power to transport you. They help you escape into another world. Three Impossible Wishes is such a happy book that I'm glad to learn the word is spreading quite on its own. I get DMs from people who have downloaded and read the ebook, telling me how much it has made them smile. HarperCollins India has done the most brilliant job in helping the book retain its freshness and quirks. And the readers seem to be picking up on that.

HS: You are a singer too. Tell us about that part of your life?

AM: Music and stories go hand in hand. There's a certain rhythm to a story and a certain narrative to a song. They melt into each other. Music will always be a large part of my identity and I hope to continue writing songs and stories.

HS: Tell us a little about yourself…

AM: I was lucky that my campus was only a short while away from Stratford-Upon-Avon and that's where my love for Shakespeare grew. I've worked as a junior copywriter with Leo Burnett and in the Creative Development departments at Disney-UTV and Yash Raj Films, looking at scripts and screenplays. I've been grateful for every bit of work that has come my way, because it has taught me invaluable lessons and enriched my writing.

AM: I'm currently pretty excited about a new story. I believe every piece of art has its own destiny, so I don't know where it's going to end up just yet. I can only hope for the best and keep working hard. For the time being, I hope Three Impossible Wishes makes people smile.