Meet the designer who has dressed celebs like Aishwarya Rai, Priyanka Chopra, and Deepika Padukone 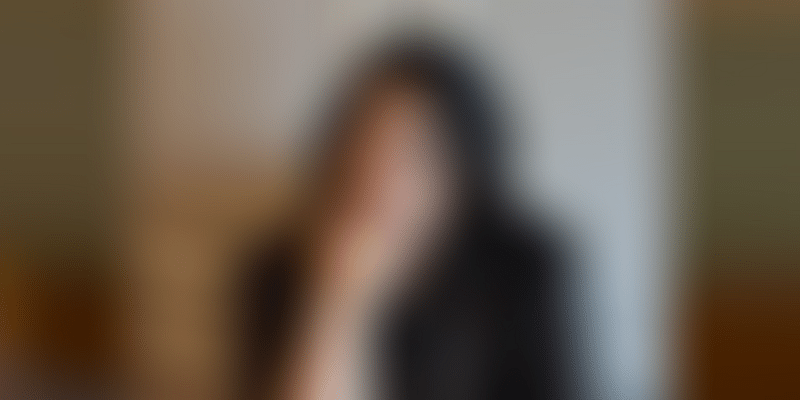 Inclined towards sketching and designing and exposed to the creative arts from her childhood, Payal Singhal launched her eponymous label in 1999. Today, she caters to many celebs from Bollywood.

Designer Payal Singhal says working in the fashion industry is not all glitz and glamour as is generally believed. The designer-entrepreneur, with more than two decades’ experience, says, the work involves dealing with artisans and labour, taking care of business development, and other managerial work in addition to sketching and designing.

“Being a designer usually means long hours, insane stress levels, and a lot of financial investment for very low returns in the beginning. But once you set your own rhythm and pace, you can start working smart and reap the benefits,” she says.

Payal is reaping the benefits of her years of hard work and patience, two qualities she says designers must not compromise on.  Over this 20-year journey, the Mumbai-based designer has become the favourite of Bollywood celebrities like Kareena Kapoor Khan, Aishwarya Rai Bachchan, Deepika Padukone, Priyanka Chopra, Farhan Akhtar, among others.

“I have worked with stylists of most Bollywood actors and I think I can count the ones I have not dressed on my fingers,” she says, as a matter-of-fact.

Fashion in her blood

Payal describes fashion as a way of life, one that keeps alive the desire to create, visualise, and enable a thought process. While she has built a fashion empire of her own, she believes the seed was sown early, in her childhood as she grew up in a family of artists.

She is the granddaughter of renowned painter, photographer, and artist JP Singhal, who pursued painting in the 1950s when the profession was not taken seriously. In fact, Zeenat Aman’s look in the film Satyam Shivam Sundaram was inspired by his paintings of Adivasi people. So, Payal grew up in an environment that discussed art, films and scripts, and storytelling.

In addition, her father Dinesh Singhal owned a garment manufacturing company called London Fashions that imported denim from the UK and manufactured jeans and T-shirts, which gained popularity in the 1970s in India.

Her eponymous label was born in a small office space in a manufacturing unit of her father’s company, in 1999. Prior to this, she had graduated in fashion design from SNDT Women’s University in Mumbai. She continued her education at The Parsons School of Design in New York.

Five years after establishing her label in India, she moved to New York after her marriage in 2004. Resolute to keep working on the craft, Payal completed certificate courses on branding and management from the Fashion Institute of Technology in New York.

For the next six years, she took care of her standalone stores in Manhattan and New Jersey, the first Indian designer to do so. In 2010, she returned to India and worked on rebuilding her brand.

Payal began her career as a stylist at MTV when she was 21-years-old with an interest in western clothing.

“In those days, brands like Zara did not exist and I made a lot of the clothes myself. While it was a great experience, I quickly realised that I'm more of a designer than a stylist; there was a desire to create more than put things together,” she adds.

At the same time, Payal also realised that routine life was not for her and hence, she was never keen on costume designing. Her idea of launching her business was to cater to youngsters by creating Indian fusion clothes.

Today, the brand it caters to a large clientele from South Asian communities including Bangladeshi, Pakistani, Sri Lankan, Irani, Nepalese, and Indian people across the world.

The label caters to a wide range of age group from 10-year-olds to those in their 70s, for male and female. The label’s revenue has grown 50 times in the last 20 years.

While the business had earlier come to a complete pause during the lockdown, it has resumed taking orders and started shipping. Payal hopes to reopen her offices next week where her first task would be to make masks and donate them to police officials and the homeless.

A self-proclaimed history, art, and culture nerd, Payal is drawn towards Mughal and Islamic art and architecture, which she says, reflects in her design work as well. “There is a lot of geometric and floral mixture that juxtaposes the straight lines and curves, which are very interesting,” she adds.

As one of India’s youngest surfers, Aneesha Nayak is riding the wave of success

One of the biggest challenges is to balance the commercial and creative aspects of the business so that collections are not only creative and innovative but also saleable. Payal says she learned the balance and correlation between art and commerce at a very young age.

“If we are presenting 40 pieces in a collection, there will be five pieces that we can go crazy with. We can show whatever in terms of technique and craft and I don’t find it a compromise because we enjoy it,” she says, spelling out her winning formula.

Payal advises young designers to work with an established designer before venturing out on their own. “Don’t be in a rush to make it because it takes patience and perseverance,” she adds.