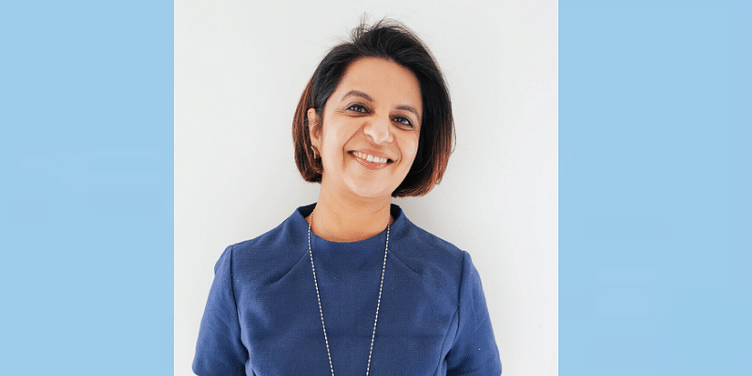 Shakun Sethi started working on sexual aggregator and discovery platform Tickle.life in 2016. With audiences across India, Canada, and the US, its engagement has increased by 100 percent during the lockdown.

When Shakun Sethi decided to tell her parents about her startup ﻿Tickle.Life﻿, she researched the legalities involved to remove one’s surname. She says, she wanted to be prepared in case her parents disown her for spending so much to start up in the sextech industry.

“Interestingly, they understood what I was doing. My mother told me that she and her friends discuss different phases of sexuality and that the venture might help everybody. And I said that's the plan,” she says.

Tickle.Life is a discovery and aggregator platform for all things related to sexuality, and was started in 2019. Shakun says, she raised the initial investment from friends and family.

Meet the globetrotter who is helping NRIs plan their dream weddings

A serial entrepreneur, Shakun, while growing up in Jammu and Kashmir, learnt that she is not cut out for a corporate job. Someone who always took chances, she started her entrepreneurial journey in 2012 when she founded Dizuna Communications.

Shakun completed her Master’s in International Communication from The Hague University of Applied Sciences (THUAS) in the Netherlands in 2015.

She says, “I had already seen how sexuality impacts people in India, especially the older generation. But during my one and half years in the Netherlands, everything was on your face. It was a new and open horizon with sex toy shops and people of different gender and sexuality studying with you.”

However, she recalls being unsure how to approach people whose sexuality differed from her. When one of her closest friends was transitioning into a woman, she says, “I was inquisitive but uncomfortable wondering if I’d cross a line and I didn’t even know what the lines were. I worried if I asked something wrong that may upset her that she would stop talking to me,” she adds.

These experiences led her to start Tickle.Life. While the startup was registered in 2019, Shakun started exploring and working towards the idea since 2016 in the Netherlands.

“I had gone to at least 156 toy shops, asking random questions, went to various singles and couples’ parties with a pen and a paper to note down what people were talking about, and later started meetups in India,” she says.

When the startup’s first minimum viable product (MVP), which is an app, functioned more like a sexting platform, Shakun says she realised they needed sexual well-being providers and therapists and manufacturers of sex toys on board to initiate healthy discussion.

Today, the startup has over 300 sexual well-being professionals contributing to its content, and its audience, mostly aged between 35 and 65 years of age, can seek advice, guidance, and entertainment in the form of articles, videos, and podcast.

As people across the world are advised to practice social distancing and stay at home, the startup saw 100 percent growth during this lockdown period to contain the spread of COVID-19.

Shakun says that she is particular that her team, spread across India, Canada, and the US, are diverse in order to relate to different sections of the society.

Some of its notable advisors include Japan Vyas, who was an early investor in ﻿Paytm﻿, and psychotherapist Russell Stambaugh, who was earlier associated with the American Association for Sexuality Education, Counseling, and Therapy (AASECT), among others.

With little knowledge of sexuality and not being a techie herself, she says starting Tickle.Life was a big gamble. She began by keeping in mind that people like herself are the target audience.

“I always believe I am the target audience. I have had the opportunity to travel around the world, I am educated, and might have the potential to pay money. Additionally, I am in an interesting sphere where I am modern and traditional at the same time, and would have more options and opportunities to explore. Hence, anybody who is in the exploration stage like me is a target audience,” she explains, adding that they may fall in any age group above 18.

However, the journey was not without challenges. This includes issues with tech operations and agencies would often deliver something totally different. In September 2019, one of her old friend, Parag Gupta, a Bengaluru-based technologist, joined her as the co-founder.

Finding the right connections and building the team has also been a challenge. She says, people show interest and make promises, but when you plan on making them ambassadors, they do not show up. The third problem was money.

“It's a $2 billion market and the potential is huge. We needed some money to understand how this market is different, what language one has to use, and what technology needs to be used to connect with the audience,” she adds.

Shakun used to join Facebook and WhatsApp groups, and reach out to sex tech shops, but realised that she needed a big name to establish the brand.

While Shakun clearly states the platform is not for children, it offers informational content for parents. An aggregator and discovery platform at the moment, Shakun hopes to evolve the platform into a marketplace as well.

The entrepreneur further believes that all the stakeholders in the sextech industry should eventually have their presence on Tickle.Life.

On the spouse’s trail: Are accompanying wives compromising on their careers when they move abroad?