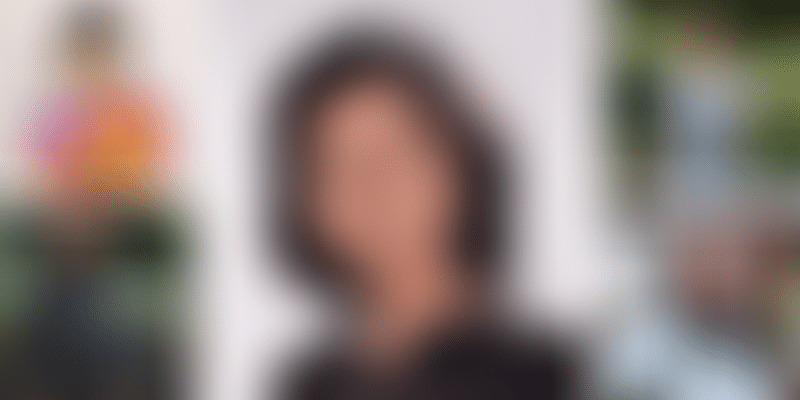 These five women entrepreneurs left their well-paying corporate jobs to follow their dreams and become entrepreneurs.

Starting up is not easy. It takes a lot of guts besides hard work, determination, and going that extra mile.

There are scores of women who have quit cushy, well-paying corporate jobs, because of the itch to do something different and prove themselves in the world of entrepreneurship. It could be about bringing an innovation to the world, a service for the greater social good, or simply the coming together of creative minds to fill a need.

While it’s generally believed that women are averse to taking risks, what’s heartening is that a lot of them are willing to let go of a nine-to-five routine, a five-day week, a salary at the end of the month, and corporate perks to follow their dreams. Many of them have invested their life’s savings into their ideas, foregoing salaries for some time before their businesses broke even.

The important takeaway here is that they believed in their dreams, and nothing else mattered – the naysayers or even the niggling doubts in their minds.

Here are five women entrepreneurs who left their cushy corporate jobs to give wings to their startup ideas.

This IIM-Kolkata alumna left a corporate job in the US to return to India and start Matratva Dairy along with her father, Phoolchand Kumawat, in 2014.

Ajmer-based ﻿Matratva Dairy﻿ was registered in 2016 to produce A2 milk and its products - ghee, butter, sweets, and buttermilk. Matratva sources its milk from procured indigenous cow breeds. It follows traditional methods and uses the least number of machines. The Gir breed of cows, procured from Gujarat, are crossbred at their farms with pure breed bulls to produce the future generation of A2 milk. At Matratva Dairy, cows are milked in the traditional way and ghee and dairy products are made using traditional methods. The startup’s ghee is available at major retail outlets and also on ecommerce sites.

Ila Kapoor Chaddah, the Founder of Ziba by Hand, always had a desire to do something truly impactful, especially in the field of arts and crafts.

After completing her bachelor’s and master’s from Delhi University, Ila put in a couple of internship stints at Big 4 companies like KMPG, E&Y, and PwC, and went on to start a career as an econometrician at American Express, followed by a decade of management consulting in IBM.

Particularly fond of everything handmade, handlooms and sustainable craft, she noticed how fast fashion and related lifestyles were destroying the environment. At the same, there were grassroot artisans and fashion designers who were trying to reinvent not just crafts but creating new sustainable fabrics from material like hemp. This prompted Ila to start Ziba by Hand, a digital platform that aims at promoting everything handmade along with sustainability in everyday lifestyle choices.

Ziba by Hand curates homegrown designers and craftsmen who use traditional Indian craft and textiles in a modern way, creating sustainable fashion and decor while bringing back the rich heritage of Indian art and handloom. It also partners with a selection of designers and artisans to ensure they are provided with a fair platform to help them grow their web stores as well as participate in its pop-ups and events.

Anupama Dalmia - Rhythms & Beats, Tingle Your Taste Buds, and Beyond the Box

After completing her engineering followed by an MBA, Anupama Dalmia secured a well-paying job in Infosys. However, to pursue her passion for creativity, she quit her job in 2013 and decided to become an entrepreneur. Today, she is the founder of three bootstrapped startups: Rhythms & Beats, Tingle Your Taste Buds, and Beyond the Box.

Rhythms & Beats is an ode to Anupama’s love for classical and western dance forms. Trained in both, she started teaching women and girls in her residential community. In 2017, buoyed by the feedback, she established Rhythms & Beats, which conducts regular classes, workshops, and public events like dance relays and marathons.

To encourage her mother’s passion for food, Anupama started a small cookery page for her mother, and encouraged her to take it forward. The page, Tingle Your Taste Buds, soon become popular and the duo turned it into a website in 2014. Now, the website earns them an income through advertisement and collaborations. Anupama’s third venture, and her personal favourite, is Beyond The Box. Launched in January 2019, the startup takes online and offline classes for children and adults, in the field of creative writing.

Sahithya Raj, Founder of Sweetooth, says she was born with a sweet tooth. As a SAP BI consultant at IBM, Sahithya got the opportunity to travel across the world and fulfil her “sweet” dreams. She sampled desserts from various countries and was cooked.

In October 2017, while she was still busy with her corporate career, she started to cater to orders of brownies, cupcakes, cookies, and muffins from her apartment kitchen under the name ‘The Sweetooth’.

In December 2017 she decided to take her passion forward, quit her job at IBM, and interned at a prestigious four-star hotel in Hyderabad. In March 2018, she opened a small production unit in Madhapur, in the city, and by the end of the year shifted to a much bigger space right across the street from this production unit.

Today, Sweetooth has grown from the home kitchen it used to be to a production facility that employs over 30 people most of whom worked as chefs in renowned star hotels in the city.

After 15 years of corporate life in MNCs like GE and IBM, Monika Chaudhary wanted to explore new options in life. She loved dressing up her daughter in traditional Indian wear and found a gap when it came to traditional wear for children, despite Indian culture and heritage being rich when it comes to textiles, skilled karigars or intricate designs.

In 2015, Monika laid the foundation of her entrepreneurial venture BownBee from a makeshift office at her home and a seed capital of Rs 3 lakh.

Initially, she procured some custom-made ethnic wear from manufacturers in Jaipur. She soon began receiving orders. The business soon grew, and within a year, BownBee clocked Rs 40 lakh in revenue.