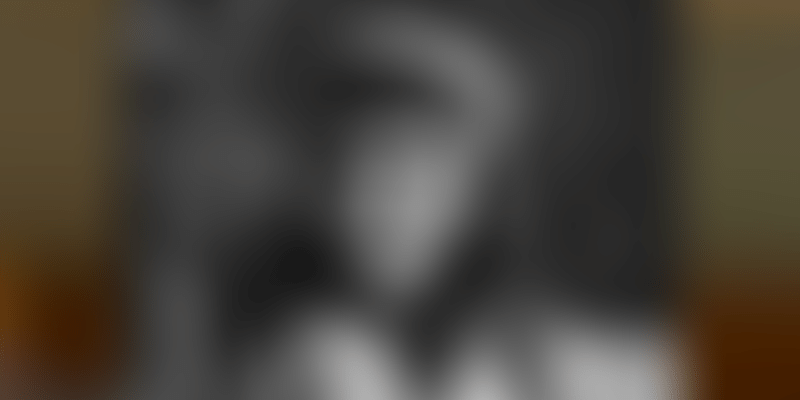 Social entrepreneur Nupur Agarwal has revived the “ghost village” of Tauli Bhud village in Uttarakhand, both socially and economically through Evolve Foundation and is also uplifting farmers across India through her startup KIWI (Kisan Window).

At the end of most stories, a superhero is hailed for bringing communities together and changing the status quo. In today’s India, 28-year-old social entrepreneur Nupur Agarwal is a superhero, albeit without a cape, her power being courage and persistence to go the extra mile for social good.

Since returning to India after completing her bachelor’s in Business Administration from Lancaster University in the UK in 2014, Nupur has started a movement to connect with people, regardless of caste and creed and founded two eco-friendly social enterprises, Evolve Foundation and Kisan Window, that aim to uplift farmers and the rural population of India.

She is also a mentor to the Atal Innovation Mission, the government of India’s flagship initiative to promote a culture of innovation and entrepreneurship, a changemaker at Global Action on Poverty, and is also associated with SEE (Social, Emotional, and Ethical) Learning, developed by the Dalai Lama in collaboration with Emory University in the US.

A society of acceptance

In 2014, Nupar started Dehradun Drum Circle when she saw a deep divide between caste, creed and religions, in Indian society.  She says it is universal that acceptance comes only when people express themselves.

As part of the project, “people would come with any musical instrument or just clap and dance to express themselves, without knowing anybody's name, gender or where they belong”.

The movement has seen participation from more than 20,000 people across India and is still growing. The initiative, Nupur says, is aimed at practising genuine acceptance, and adds, “I do not have a role to approve anything as a founder here and that is what makes it a truly social movement.”

Breathing life into a ghost village

Nupur strongly believes action and development must begin from India’s villages. Despite rapid migration from rural to bigger cities, 67.2 percent of India’s population still resides in rural India, according to a United Nations report published in 2015.

The entrepreneur began on a journey to create smart and sustainable villages in 2016 and founded the Evolve Foundation.

“The idea was to have a very holistic approach. We did not want to focus on a single cause like education for the girl child. This is because even when you educate a girl child, when she returns home, she is beaten up, cannot express herself to the parents, and they do not accept her as educated. Hence, we thought that just being on one side of the beam balance will not help,” Nupur says, adding that a holistic socio-economic development should enable society and the economy to become self-sustainable and empowered at the same rate.

The Foundation adopted Tauli Bhud, a village in Dehradun district of Uttarakhand, home to the Jaunsari tribe, believed to be the descendants of the pandavas.

However, four years ago, it was a ghost village as most of the younger population had migrated to bigger cities. Universally, Nupur states that migration happens for three reasons – for livelihood and income generation, education, and healthcare.

The few older people there earned a livelihood as farmers. In order to make it a smart and sustainable village, Nupur wanted to introduce eco-friendly products that can be used by everyone, everywhere.

After nearly four months of looking at ways to harness and channelise all resources, they started a cottage industry to produce plantable stationery.

“Once a pencil is used, as you keep sharpening it, there will be a seed at the end of it, which can be planted. Similarly, the paper is embedded with seed and once it is used, you can throw it anywhere and it will decompose, mix with the soil and grow plants,” she adds.

Operating on a B2B model, some of its clients include Oil and Natural Gas Corporation (ONGC), the Election Commission of India, Uttar Pradesh Government, Federation of Indian Chamber of Commerce, PricewaterhouseCoopers, and startups like Clovia and Flipkart, among others. The Foundation has also designed badges for the BJP government during the 2019 general elections.

Additionally, it has worked with international non-governmental environmental organisation Greenpeace and designed postcards for the United Nations as well.

The women of the village who buy the seeds from their farmer husbands form the backbone of this cottage industry. While they are “more than fairly paid”, Nupur shares that a remaining  percentage of the profit is dedicated to education skill development of children in the village.

She further promotes ecotourism in the village to secure more sustainable financial income.

In 2019, Nupur led a week-long project called Kahaani that brought together 200 artists from across the world to the village. Along with Indian artists and the villagers, they painted the walls of the village to immortalise popular folk stories.

The project, the first walk through a village museum in the country, was largely supported by the Bosch Foundation in Germany and crowdfunded. “If we had not preserved this culture, it would have just evaporated,” she says.

Plantable seeded pens and pencils have received huge appreciation from the urban population. For Nupur, the idea was to teach them to respect the farmers in rural India as well.

“When you grow your food, you understand its importance and the person who's growing them. It is very easy to buy four tomatoes and waste two of them but the farmer will have spent three months nurturing it on the field.”

In 2017, a year after Evolve Foundation was founded, she started a farmer’s market to promote the idea of free trade, which is now a thriving social enterprise called KIWI, a portmanteau of the Kisan (meaning farmer) and Window.

A network of more than 8,000 farmers across India today, the startup sells a range of organic food products that includes baby food, immunity foods, travel food, and other food that address various health concerns such as depression and anxiety, PCOD, and asthma.

The products are available on ecommerce platforms like BigBasket, Amazon, Gokii, Qtrove, and are exported to other countries.

Nupur reveals that people do not understand social entrepreneurship and she often gets asked if she wants to be a freedom fighter.

Additionally, “people do not understand the passion and think you as a woman are too emotional about it. They think woman cannot be bold, go to a village and bring about a change till you prove it,” she says.

But her resolve is strong and she is emphatic that the sustainable model can be applied to any industry. “One can come up with products that are eco-friendly with an inclusive approach. But people’s greed makes them think that welfare and business cannot go hand in hand.”

It might take a village to raise a child, but when the village is deprived of its soul; the people and culture, Nupur exemplifies how one person can give it a fresh lease of life.

[Valentine’s Day] Inspirational quotes by celebrities on love and relationships