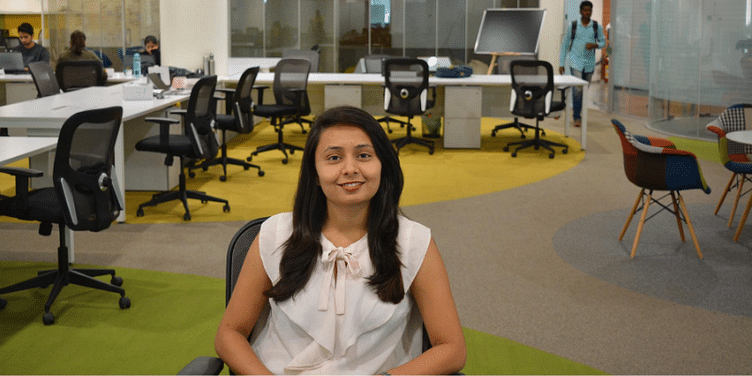 Founded by Kalyani Shinde in 2018, Godaam Innovations leverages IoT technology to avoid onion waste through spoilage by 20 to 25 percent.

Kalyani Shinde, who grew up in Lasalgaon in Maharashtra, Asia’s largest onion trading market, became aware of the problems associated with onion cultivation while pursuing her bachelor’s in computer engineering. Farmers involved in onion cultivation, including Kalyani’s father, often risk dramatic market fluctuation in prices and this inclined her towards finding an entrepreneurial solution.

“When I saw that onion market rate fluctuates around 800 percent, I was forced to think about the extreme swing. If you take another crop like grapes, the farmer has an understanding of how much he’s going to earn. But for onion, it is either a jackpot or waste. And still farmers are doing it in the hope that some year they will earn huge money to cover all their losses of the previous years,” she tells HerStory.

During her final semester in January 2018, Kalyani was selected by Digital Impact Square, a Tata Consultancy Services Foundation-led incubation centre based in Nashik. The 23-year-old started looking at what ailed the farmers when the crop grown is of good quality and there is demand for the crop across domestic and international markets.

She realised that the problem lies in storage. This became the foundation for her agritech startup ﻿Godaam Innovations﻿.

Cultivation of onions, from sowing to harvesting, usually takes around 120 days. This is followed by a storage period of eight to six months in the warehouse which becomes the breeding ground for spoilage. Kalyani noticed that when a farmer stores 10 kg of onions, around 40 to 50 percent of it gets spoilt each time. She started working on a tech-enabled solution to avoid wastage in warehouses.

The early-stage startup leverages Internet of Things (IoT) technology to detect gases emitted from spoilt onions in warehouses, collect real-time data, and alert the farmers. This has reduced wastage by 20 to 25 percent.

Hailing from a farming background, Kalyani, who had easy access to the farming community, began researching and interacting with farmers from Lasalgoan and other locations, as practices differ from place to place due to geographical factors.

The startup has partnered with government organisations like Directorate of Onion and Garlic Research (DOGR), National Agricultural Cooperative Marketing Federation of India (NAFED), and National Bank for Agriculture and Rural Development (NABARD) to understand their take on warehousing facilities.

“We usually look at farmers availing government subsidies for warehouses and it is important for us to understand the points of view of these organisations,” she says.

Currently working with farmers based in Nashik district, Kalyani says that nearly 80 percent of farmers have traditional warehouses. Since warehouses are an investment for 15 to 20 years for farmers, Godaam Innovations begins by assessing the warehouse and making minimum infrastructural change to facilitate favourable condition of air flow, ventilation and floor spacing to maintain the onion’s water content of 30 percent.

The next problem is that most farmers rely on identifying onion spoilage through smell and about 30 percent of the crop is lost under this method. The startup installs IoT devices that can detect early rotting in addition to controlling micro-climate, and alerts the farmers to take action. They can then remove the rotten onion to avoid further rotting and start selling.

While it caters to farmers through B2C model, it operates on B2B level through partnership with Tata Steel to construct an end-to-end community warehouse with solar energy.

“I think the future of storage is community warehouse and I have been part of many conferences to understand what the segment will look like. While we want to be part of community warehousing that is picking up fast, it is still going to take time for individual farmers to completely switch to this and leave their warehouses,” she says.

Godaam Innovations received a funding of around Rs 3 lakh from Directorate of Onion and Garlic Research Centre to conduct a pilot in 2018. It also received a grant of Rs 2 lakh as part of the recent cohort of startups incubated at Unlimited India.

However, the biggest challenge that Kalyani faced as an entrepreneur was to validate her products on the field since their first MVP was developed in July 2018. As harvest season lasts for only two months in March and April, they need to wait for a year to test every new feature for storage to see the effect. The startup was unable to test its latest upgrade due to COVID-19 pandemic.

As a fresh graduate with little business know-how, it took a lot of effort for Kalyani to convince her family members before taking the plunge into entrepreneurship. She says the journey that required her to don several hats including that of a human resource professional and businesswoman allows her to keep learning and growing.