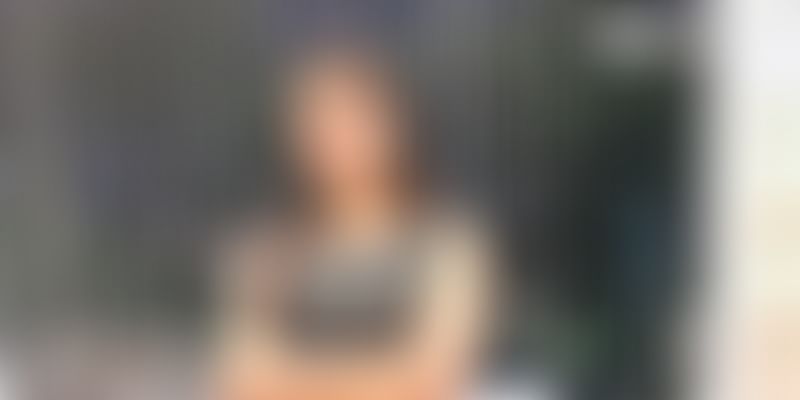 Most of the educated youth in Bihar tend to migrate to metropolitan cities in India or abroad to find better opportunities to explore and work after completing their studies. This has led to increased brain drain, leaving little intellectual capacity in the state.

Himani saw and felt that when she had been working at corporates like Wipro, Tata Teleservices, and Telenor during her career in Kolkata and Bengaluru. Additionally, every so often, people would casually tell her that she doesn’t look like someone from Bihar.

How this conventional marketing startup stayed relevant by pivoting to automation

“These comments are hurtful. It is a different treatment and attitude that Biharis are expected to look and be certain ways,” she tells HerStory, stressing that Bihar does not get the due credit for the population’s intellectual capacity despite having the greatest number of students clearing IAS civil services exam.

Armed with an interest in analytics and technology, this prompted the IIIT Kalyani, West Bengal graduate to establish a digital marketing startup, Brand Radiator, in 2018. Based in Patna, the startup taps into the digital advertising and marketing industry that was valued at around Rs 160 billion in the financial year 2019.

Himani believes that going digital is the way forward, especially post-COVID-19. Facebook has reported a 70 percent increase in usage across its family of apps since the outbreak.

Growing up in a family of three daughters in Patna, Himani shares that the conservative mindset in the society, where having a girl child was considered a taboo at the time, was especially hard on her parents. However, her father, a retired university professor, made sure not to compromise on his daughters’ education.

Himani went from preparing for medical exams to clearing the AIEEE exam. She now explores the fields of business, consumer insight, and product analysis and rollout. However, digital marketing, she says, is an amalgamation of science, maths, and arts that goes much beyond making several posts on social media sites.

Operating on a B2B model, it currently serves more than 35 clients, with the price starting from Rs 30,000 and Rs 35,000 for each client and increases based on their requirement. Himani says the startup does not resort to a ‘one-size-fits-all’ approach.

The startup claims that their industry-relevant knowledge and ROI-driven service for clients makes it stand out from other competitors.

While many organisations are cutting down costs and have reduced ad spending, the startup has successfully onboarded newer clients who are looking to increase their digital presence. Some of their current clientele includes Department of IT, Bihar; State Health Society under Department of Health, Bihar; UNICEF; International Institute of Safety and Security Management (IISSM); Confederation of Indian Industry(CII); Hindusthan Samachar; Harilal's; Aditya Vision; Generic Plus, Patna Women's College; and Mahindra Rise, among others.

Bootstrapped so far, the startup became EBIDTA positive within five months of starting up. However, the Founder has declined to comment on the startup's turnover. As an entrepreneur, Himani’s work was recognised among 50 Innovative Leaders this year by ET Now and received Digital Women Awards in 2018.

Himani says that being a woman in a tech-based business has been a challenge because most people are only used to the idea of a woman’s business only in terms of opening up a boutique or beauty parlours.

To challenge such stereotypes, the entrepreneur makes sure to present statistics and share tech and business-oriented views. She says, “There is still a mindset that if there is a female who is talking about business, she will not talk in terms of numbers or growth. I reverse the table by doing my homework even better and speak numbers in terms of business, growth, and competitor.”

Hiring has been another hurdle in Bihar due to its slow approach to adopting modern tech education. Himani shares that at a time when the world is working with Python, artificial intelligence, and machine learning, she came across many candidates in Bihar who still hang to C++ software.

“Having said that, we looked more for people who have the zeal to learn and grow. My one mantra has been to spend and invest in manpower than on lavish infrastructure. Times have changed and I urge my team to learn various skills online and they do not need to seek institutional degrees. Today, I believe that you have to be a master of few trades, and jack of almost all trade,” she adds.

She also encourages them to keep an eye on the happenings in the industry and the changes that tech giants like Facebook, Google, and Twitter are adopting.

For most entrepreneurs in Bihar, the major hurdle, more than external forces, is the mindset and the unwillingness to see change. To any aspiring entrepreneurs, she advises,

“Hard work seldom fails and cutting it short will ensure failure. Don't just put your best foot forward, but be persistent and do not relax till the goal is achieved.”

Summing up, Himani says she has learnt that an entrepreneur must be ready to don all hats, that of “Peon to CEO of the company.”