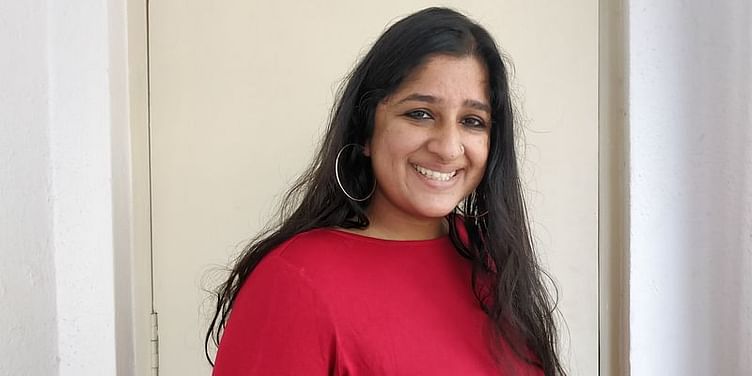 Acclaimed journalist Nisha Susan tells HerStory speaks about her debut collection of short stories, female friendships, growing up across geographies, and her work as a journalist.

Love, violence, intimacy, friendship… add technology to the mix and we have is a hotch-potch of millennial life. This is what prolific journalist-writer Nisha Susan explores in her debut collection of short stories, The Women Who Forgot to Invent Facebook and Other Stories.

The stories are as varied as the emotions – a classical musician finds love in a chatroom, a young mother who finds a job monitoring content for a social media firm, or a cook deeply worried over her daughter’s telephone conversations. Nisha effortlessly takes us through different lives, and we feel emotions of helplessness, agony and - most of all - love.

In a conversation with HerStory, Nisha speaks about her debut collection, female friendships, growing up across geographies, and her work as a journalist.

HerStory: Tell us how your book The Women Who Forgot to Invent Facebook and Other Stories came about?

Nisha Susan: I have been writing short stories for a long while. Some have been published in literary magazines, online and offline. When Karthika VK became the head of Westland’s brand new imprint Context in 2017, she commissioned me to write a book of non-fiction and a collection of short stories. This book is a set of stories that have the internet and tech as a running theme. Some are older stories, some are just a few months old. Some are set in the early years of the internet. One is set inside the offices of a Bengaluru-based fictional internet giant in the year 2018. That’s the story of my book.

HS: Your stories are a mix of dark humour, romance, and are also at an intersection of tech that plays a great role in our lives today. How did you decide what each story would tell?

NS: Sometimes I am trying out a form. For instance, the title story is largely told in first person plural: we and us. I had a read a whole novel by Joshua Ferris and I thought it would be fun to try out to tell the story of a bunch of young people who hang out in a bar. Or the story Teresa is an homage to the Daphne Du Maurier novel Rebecca, except that the second wife in my version discovers parts of the dead wife’s life through her old laptop.

Most of the time though, I want to put to page a story that I would like to otherwise tell verbally. It starts with an anecdote or a news item or a stray feeling that I have become very obsessed with and want to tell my friends about. That becomes the heart of the story.

HS: Your stories are also set across Kerala and Bengaluru. Tell us about the importance of these places in your life.

NS: I am a third-generation Malayali in Karnataka. I cannot imagine who I would be without the languages and cultural references of these two states. The polyglot nature of Bengaluru, the cultural obsessions of Kerala, the interest of Bangaloreans in nature in the city, Kerala’s life of rivers and seas and boats and bridges, the intense politics in Kerala… all of them matter to me.

HS: Female friendships also form an important part of the narrative. How important are they to you in real life?

NS: Let’s just say that I am in weekly, sometimes daily, touch with women I have been friends with since I was 10. These include classmates from high school in Muscat, classmates from college in Bangalore, and so on at every stage. Life would have been very different if I hadn’t met them.

HS: Have any of the characters in your stories been influenced by real-life characters?

NS: Many. But they are so different in the story that the original model wouldn’t recognise it. They are a starting point, but then the story takes off in some other direction.

HS: How long did you take to write the book? Did you adhere to any specific writing process?

NS: Unlike a novel or a work of non-fiction, a collection of short stories is usually from different points in your life. I wrote a bunch of stories specifically for this collection. I had a handful from earlier that I knew would work nicely. I pruned out a few. Then you see how it all hangs together, check if there are no weak links.

My writing process is mostly driven by training in journalism and a respect for deadlines. I give myself time-based targets and work towards them. First draft, as far as my short stories are concerned, is usually a quick job, just to get the whole feel. Then I fiddle or polish as much as possible within a time limit.

HS: Can you tell us a little about yourself, your growing-up years, and experiences that influenced you while growing up?

NS: My parents worked in Nigeria and Oman so we spent some years there. But for the most part, I lived in Bengaluru with extended family. It was a reading household with multiple library memberships, sometimes as many as six! Literary activity was considered totally normal.

At school in Muscat and Bengaluru, and later in college (at Mount Carmel), I was part of large groups of girls who wrote. At all these places I was lucky to have teachers who took writing seriously and held us to high standards. As I told one of my teachers recently, I am sure I would have written without her but I am not sure I would have become a writer.

Growing up in Bengaluru also meant a comfort, and more importantly an enjoyment of being multilingual.

HS: You are a prolific journalist and feminist. Tell us about The Ladies Finger and how you wanted to change the narrative on women's issues with the platform?

NS: My friends and I started The Ladies Finger in the summer of 2013. We had had six very heated months of conversation about sexual violence by then, after the December 16 sexual assault (Nirbhaya) and the ensuing debates. My friends and I had discussed starting a feminist blog that went beyond heroism and victimhood – one that reflected a wide range of women’s experiences. And that seemed like a good moment to get going.

To look at mainstream movies and TV shows from a feminist point of view, the sexism of the medical establishment, first person accounts of sexual harassment at the workplace, the politics of our fashion choices, life in all-women spaces, and so on.

Five years in, it was a shock and a pleasure to realise that many things that we had written about first were considered completely mainstream and general news now. I am also proud of the wit and humour with which our community of writers approached just about everything in the world.

HS: What are your future plans, professionally and personally?

NS: I write and edit for a living. I am working on a book of non-fiction for Westland. I am also starting work on a translation project later this year.