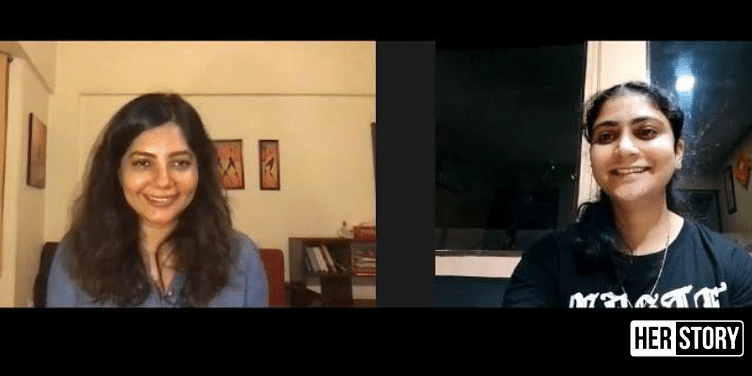 Monika Bhardwaj, the first woman DCP of the Delhi Crime Branch, talks exclusively to HerStory about her historic appointment and what 'services' and being an Indian Police Services (IPS) Officer means to her.

Monika Bhardwaj, an Indian Police Services (IPS) Officer from the batch of 2009, was recently appointed as the Deputy Commissioner of Police (DCP) of the Delhi Crime Branch, making her the first woman in India to hold the position.

In an exclusive interaction with ﻿YourStory Media﻿ Founder and CEO Shradha Sharma, Monika shares her journey so far, her personal inspirations, what 'services' and being a police officer means to her, and how her recent appointment as the first Indian woman to hold the DCP of Delhi Crime Branch offers her the opportunity to root out crime at the base.

Speaking on the appointment, Monika said, "It feels good not only as a woman but also as an officer to become DCP for the Delhi Crime Branch. The crime branch gives the scope to hit the crime at the base and gives you the time, space, and the resources. In district policing, it is more about day-to-day policing."

Some officers in the Delhi Police believe her noteworthy work in handling the violence between lawyers and police personnel in Tis Hazari Court in Old Delhi played a key role in her appointment as the first Indian woman as DCP of the Delhi Crime Branch.

In a CCTV footage that did rounds on the internet in November last year, Monika can be seen pleading with a group of agitated lawyers with folded hands to settle a violent clash between police personnel and lawyers. The tension erupted due to an alleged parking dispute.

Credited with solving several complicated cases, the officer came into the limelight in 2013 for nabbing six men who kidnapped and raped a 21-year-old woman in Pondicherry.

Hailing from Haryana, Monika is a third-generation police officer in her family and was initially posted as the Additional DCP (West) in Delhi.

"I came into the Indian Police Services (IPS) taking the word 'services' very seriously. The two main jobs of a police officer are to ensure peace by maintaining law and order and to deliver justice. Policing gives you the power over people's lives to help someone who is facing a problem."

Monika finds inspiration from her parents who are "hardworking and simple people."

"Everybody inspires me but the first name that comes to your mind is IAS officer Kiran Bedi ma'am. My father is a retired inspector from Delhi Police and we used to keep hearing about Kiran Bedi ma'am and that has been a great inspiration."

She further spoke about the need for more women in the police force.

"I encourage more women to join police forces because it is important. We are 50 percent of the population and struggling at 8 to 10 percent in the police forces."

Celeb chef Sarah Todd on her return to MasterChef, Indian flavours, and her new spice line