Starting up amid pandemic, this serial entrepreneur is offering relaxing tea blends from Siliguri 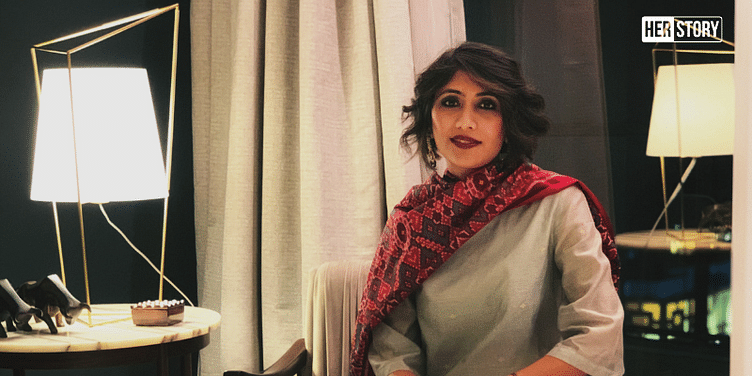 Anubha Jhawar spent most of 2019 formulating various tea blends. By the end of it, the entrepreneur was ready to launch a tea startup with 19 different blends, including Choco Spice, Serendipity, Orange Escape, Mind Body Soul, and Her Majesty.

But 20 years ago, Anubha was least bothered by the prospects of the tea market, despite having accompanied her father, a professional tea taster, to many tea auction ceremonies.

Most of her childhood involved visiting tea estates while tasting thousands of cups of tea. Despite the intricacies the world of tea drinkers enjoyed, Anubha believed that most Indians are good to go with a simple cup of masala chai.  However, Anubha saw an opportunity in the tea market when the Indian household drink ‘Haldi ka doodh’ garnered interest as Turmeric Milk Latte globally.

To explore further, she enrolled for a three-week course at the UK Tea Academy and became a certified tea sommelier in 2018.

Leveraging India’s position as the second-largest tea producer in the world, the serial entrepreneur started Celes Té. The Delhi-based startup is now poised to tap the tea market, expecting to grow at 6.8 percent annually. According to Statista, the Indian tea sector clocked over $15,000 million in revenue in 2020.

Starting up during the pandemic

When the 35-year-old entrepreneur was ready to launch Celes Té at the beginning of this year, little did she know that the startup’s operation will be hurt due to the COVID-19 outbreak.

The subsequent nationwide lockdown in March posed a major challenge for the startup. After a few months of delay, it launched its website in July, and orders started pouring.

Priced between Rs 500 and Rs 900, Anubha designed packages of 60 grams to encourage people to try different blends of tea.

She had earlier planned on selling the tea blends through physical cafes, but with the pandemic keeping people indoors, Anubha resorted to social media marketing and ecommerce. Besides the website, the products are available on Amazon as well.

The 35-year-old says she is happy with her business so far, with many customers appreciating her unique blends and has sold over 300 packets so far. Started with an initial investment of Rs 40 lakh, Anubha is gearing up for the festive seasons and has already received orders for Diwali and Dussehra. She hopes to make gifting options available within a week.

At present, the entrepreneur is not looking at raising funds as onboarding external stakeholders would dilute the startup’s efforts of global brand positioning.

“I don't want to be funded unless I suddenly plan to expand in a short time. With investors, you will be bound by their thinking, marketing strategy, and their idea of taking the brand forward,” Anubha says.

Growing up in Siliguri, West Bengal, Anubha was certain of becoming an entrepreneur, and says that it runs in her family to walk the road less travelled. Anubha’s grandfather was involved in oil trading, while her father followed in his interest in becoming a tea sommelier.

Anubha always had a flair for stitching, instructing, and putting things together, which moved her to pursue a bachelor’s degree in interior and product design from the National Institute of Fashion Technology in 2007.

A few years later, in 2012, she took the entrepreneurial plunge by starting a lighting solutions company called Lumenatix, along with her husband Jatin Mehendiratta. The firm designs and supplies complete lighting management systems for residential and commercial projects, including hotels, art galleries, high-end retail spaces, private residences, as well as office space.

Being the sole founder of Celes Té, along with a six-member team, Anubha is aware of the male dominance in the tea industry. Even as a child, she always noticed only a handful of women at tea auctions with over 200 guests.

She says women are rarely taken seriously, and many would pass off their businesses as a hobby, adding that they need to be more stern and assertive in their dealings.

“When I ask for a certain colour of a box to the vendors, they’d tell me to make do with something else. And a printer once took 16 days to finish my work until I went with my husband because it was not a priority for him. But I should not and don’t want to take my husband’s help."

“I don’t belong to the industry, but I'm still learning a lot of new things about the industry as to how it functions, from getting the right licenses to knowing the government regulations and guidelines to follow,” she adds.