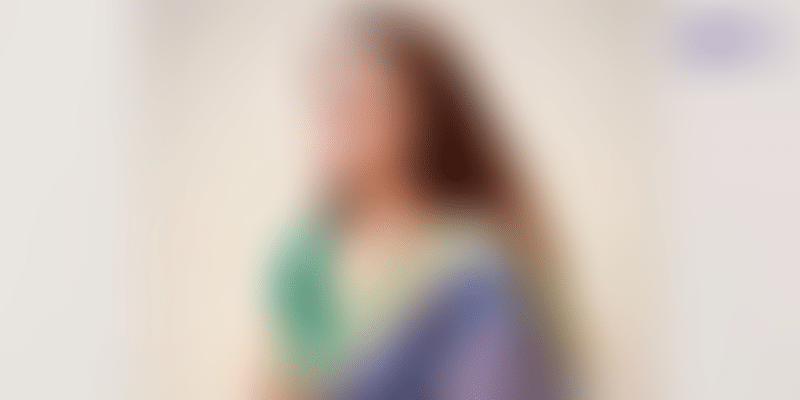 Singer, songwriter, and composer, Runki Goswami, who performs in 17 Indian languages, began her adventures in melody at the age of six when she started taking part in interschool competitions.

She went on to pursue formal training in classical and semi-classical music and started composing for the Telegu film industry as well. Her work can be found in films like Thedavaste Fighter (2013) and Trivikraman (2016), besides her own music albums.

The idea of becoming an entrepreneur was far from her mind until the end of 2016 when she met a doctor after a concert at India Habitat Centre in Delhi.

The doctor told her that ancient Indian music is believed to have an influence on people’s wellness and encouraged her to build on her expertise in raga and classical music and explore Raga therapy.

After four years of researching on various frequencies of ragas and their impact, Runki launched a startup with a mobile application, SuRHeal, two weeks ago. She says the idea is to use raga for holistic wellness of the mind, body, and soul.

Runki explains ragas are made of musical notes and have evolved out of chants from the Vedas. Each family of ragas has a different impact on human beings at different times.

She started SuRHeal by onboarding five classical singers. Available on Android and iOS, users can choose between seeking physical and mental healing.

In physical healing, the app claims to address illnesses related to respiratory and lungs, stomach and digestion, pancreas and liver, head, heart, and back pains, while mental healing looks at stress and anxiety, insomnia, depression, and cognitive and Alzheimer’s.

Along with a music video for healing, the app provides information regarding ragas and musical instruments used in the composition, the range of frequency, and time of day when it is most efficient. It also shares an equivalent Western track.

Runki says, “Not all people listen to Indian classical music. Listening and humming to other music with elements of a raga can help provide relief from pain like headaches.”

While the basic in-app services can be availed for free, getting customised ragas based on a customer’s illness pattern comes underpaid services.

Runki says there is no one-size-fits-all. “I may be having a headache, which is slightly different from others and can provide personalised plans after understanding the triggers for headache,” she explains.

Claiming to be the first complete app for raga therapy, the entrepreneur plans on introducing a subscription model next year.

She says the platform also aims to provide a platform to upcoming classical singers who form the core members of SuRHeal. The singers accompany Runki to workshops and concert performances around the world.

Bootstrapped, the initial investment was spent on app development, payment for books and online resources for research, and salary for the singers.

Runki holds a master's in mass communication and journalism from Ranchi University and pursued an executive management course from Indian School of Business, Hyderabad.

Based in Gurugram, she works as a full-time as a global marketing head for a global IT company.

Runki says convincing people of healing through raga, which has its roots in the ancient Vedas has been the biggest challenge.

“Sadly, Western people and organisations are showing more interest than Indians who do not value the ragas as much,” she says.

Focussed on creating awareness at present, Runki hopes to partner and conduct workshops with the Ministry of Culture and organisations in the West, especially in London and Los Angeles. She hopes to scale revenues after a year.

The musician-entrepreneur is also looking to host a digital concert, in which several institutions outside India have shown interest.