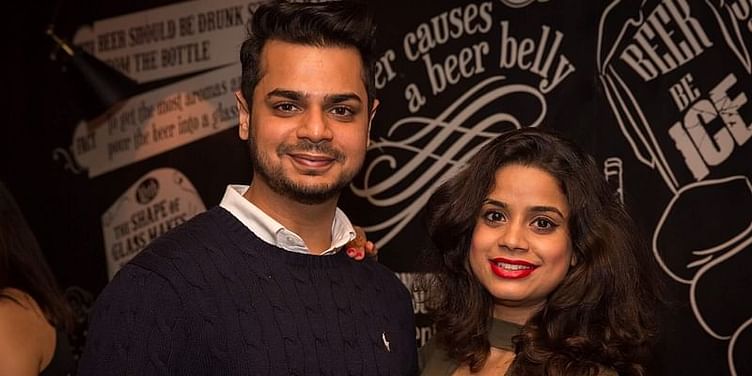 Huedee, founded by Ahana and Yash Agarwal, is cashing in on the tie-dye trend by offering colourful apparel and accessories.

In 2015, Ahana and Yash Agarwal opened a drive-in joint in Kolkata, selling burritos and desserts on the go. Coming from a family of entrepreneurs, they received ample support to pursue their dreams. However, they had to shut shop because of an unsuitable location and other challenges.

This is when the couple kicked their plan B into action.

“Yash and I have always loved fashion and style, and have always been attracted by colour combinations, style, and design. Yash has an artistic mind and was quite clear about creating something of his own. This is how Huedee was born,” explains Ahana.

For the free spirit

﻿Huedee﻿ was conceptualised by the couple as an exclusive tie-dye brand. Ahana says it is a mission to inspire and connect with free-spirited minds and raise awareness about free-spirited attitudes, equality, individuality, and freedom.

The couple designed a series of accessories and apparel, outsourced them to manufacturing units in South India and launched the brand in October 2018.

They began by selling tees, tanks, co-ordinated sets for men and women and also included tie-dye scarves for pets. These are all priced between Rs 399 to Rs 3,000.

“Tie-dye was not so popular in India back then. We chose colourful and unique patterns of tie-dye for our t-shirts, tank tops, and co-ordinate sets. We introduced co-ordinated sets for men — our bestseller — in Ikat, an Indian tie-dying method, to promote the Indian handloom industry,” she adds.

Cashing in on tie-dye fashion trend, this 14-year-old has started her own clothing brand

Parallel to the launch, Yash also designed a colourful, user-friendly website to kick off sales. Targeting men and women between the ages of 15 and 39, Huedee sells across India through its website and other ecommerce players like Amazon, MensXp, and ﻿LBB﻿.

The duo also joined hands with Trijog, an organisation for mental health care and holistic wellness, and offers its services along with discounts for people seeking help.

The couple took a loan of Rs 10 lakh to kickstart their business. “We had global raw material suppliers at the beginning. However, we have shifted to everything made in India. The inventory has been scaling up ever since we entered our second financial year. We also reduced cost prices drastically since everything is made in India,” Ahana says.

The co-founder claims that the business has a profit margin of 200 percent in apparels.

Tie-dye has become a popular trend in India with apparel brands and ecommerce websites like Zara, Only, and Myntra selling them. Abroad, Huedee’s competitors are Urban Outfitters, True Religion, Hollister, UNIQLO, and Ivory Ella.

“Our current strategy is to provide more and more varied colours and designs in tie-dye patterns. We have noticed a massive growth in our sales since we launched. One of the challenges we faced initially was hiring an agency to bring sales for us. We took immediate charge of the website and the digital advertisements ourselves and began to notice the difference as soon as we implemented it. Sales started to rise, the brand got more visibility, and the audience kept growing ever since,” she adds.

Due to the spread of COVID-19, Huedee’s operations were stalled for around two months, but sales started picking up once restrictions were eased. Also, every outfit was dyed in-house under Yash’s supervision.

“Dig deep into your ideas and offers for the public. Understand the good and the bad. Assess it all and then take productive decisions as no one else can and ever will, except you, yourself,” she says.

The couple plans to set-up a mini factory in the future to increase production to meet the rising demand.